Autoelectro has announced it will be celebrating two significant milestones this year, the remanufacture of its one millionth starter motor and alternator and its 35-year anniversary.

Autoelectro carries out its remanufacturing process from its Bradford operation, home to a team of experts as well as test and production facilities.

Autoelectro UK Sales Manager, Nick Hood, explained: “No matter how old, new or rare the vehicle is, Autoelectro has most likely seen it before and has the knowledge and experience to provide a premium replacement.

“Quality has been the dominator throughout Autoelectro’s history, having previously remanufactured to original equipment (OE) standards for the original Lucas B90 rotating electrics programme and administering the European warranty programme for Delco Remy. In addition, Autoelectro was formally recognised with ISO:9001 accreditation for quality in 1994 – which is still in place today!”

By Autoelectro’s own admission, rotating electric technology was rather simple 35 years ago; however, that notion couldn’t be further from the truth in 2021. With only a handful of references required to facilitate the vehicle parc back in 1986, components are now largely vehicle-specific, resulting in many different part numbers to cover a small number of applications.

Autoelectro, for example, has more than 4,500 part numbers, while advances in technology have boosted mainstream alternators from 45 amps output to between 200 and 250 – depending on the vehicle. 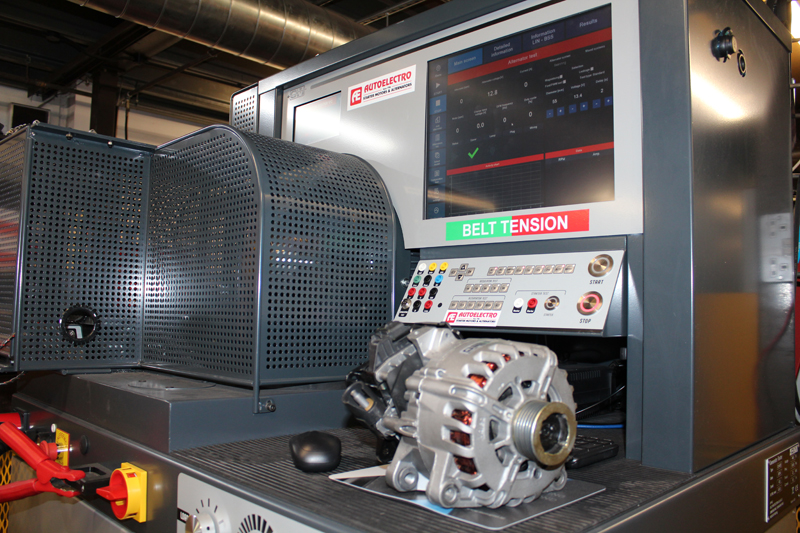 Nick added: “Autoelectro has been able to gain longevity, mostly achieved with a continuous and ambitious embracing of technology. The company has also kept pace with part numbers, complex technology and the depths of stock required to supply today’s market.

“Naturally, we’ve had to make significant investments over the years, such as OE testing equipment, but those commitments prove to our customers that all Autoelectro products will perform to the levels of those originally fitted to the vehicle when in production.”

Autoelectro has also revealed that the one millionth alternator has rolled off its production line in January this year, with its one millionth starter motor to follow shortly.

Nick concluded: “By adopting our core principles, we find ourselves in a unique position in that we’re not having to import our supplies; therefore, we have complete availability and ready to facilitate any order immediately.

“We boast excellent technical support and cataloguing on our website, which is a highly-effective and interactive tool to help customers manage all aspects of their commercial relationship with Autoelectro.

“The business will remain highly successful long into the future and the two millionth starter motor and alternators will surely follow.”