Not only are CVs facing higher frequencies of short distribution trips, irregular driving profiles, stop-and-go traffic, and daily cold starts, they are additionally required to accommodate electrical consumables, such as seats and in-cab heating, which all serve to gradually reduce battery energy levels.

Compared to their counterparts in cars, truck batteries are discharged more frequently, so it is against this backdrop that they should be recharged externally at least twice annually. Should this not be the case, the open-circuit voltage in a 24V vehicle electrical system, which involves two 12V batteries connected in series, may fall from 25.44V to 24.60V or even lower, all with related negative consequences.

Therefore, in order to ensure that maximum voltage outputs are maintained – helping avoid starting problems and reducing the incidence of unplanned failures – Banner has devised a six-point plan of action. 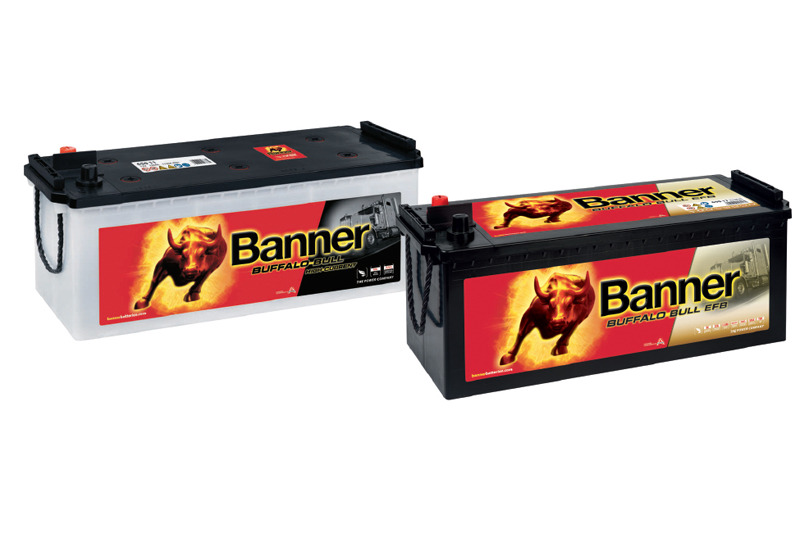 As far as the serial connections in a 24V vehicle electrical system are concerned, in which two 12V batteries are connected in line, Banner states that both batteries should be of identical type, approximately the same age, and have an equal charge status. In addition, the connecting cables must be dimensionally as short as possible.

In the situation of a battery change, both batteries must always be substituted simultaneously, or at the very least the battery that is still functional should be removed, fully changed, and then reinstalled with the new battery.

If the recommendations above are not followed, during series connection, differing resistances in the individual batteries cause corresponding voltage splitting and, thus, asymmetric load during the charging and discharge phases. Should this actually prove to be unavoidable due to the varying temperatures on the batteries or 12V part loads, Banner advises the use of a charging equaliser, which distributes the charge voltage evenly amongst the batteries.

Furthermore, with regard to the charge voltage in any CV, it should always be noted that the individual voltage of each battery be checked. Ideal for this process is Banner’s handy BBT-DBA 12V Battery Tester, which should be used for the periodic inspection of the open-circuit voltage.