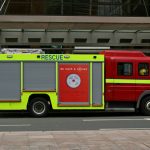 The demands that are placed on modern batteries can vary greatly depending on the vehicle it is powering, and the type of battery specified can be crucial to its successful operation. CVW spoke with Keith Rudd, Technical Product Manager at Platinum International, to discuss how its batteries performed when chosen for the Greater Manchester Fire and Rescue Division.

Platinum International prides itself on being a company that is easy to work and do business with, so when given the opportunity to work with Greater Manchester Fire Service, it was more than happy for a chance to prove its credentials.

We were contacted by Greater Manchester Fire Service in Leigh, which is not only an operational site, but also houses the workshops for the Greater Manchester area. They had the concern that the current batteries fitted to their appliances were only lasting three to six months. Upon investigation, it was obvious that the problem was a direct result of the battery technology.

The fitted products were four flooded, lead acid starter batteries, BBMS type 655. They understood that this was not a battery quality issue, but more likely to be that the batteries were not designed for the rigorous use of the application. There were four BBMS 655 starter batteries fitted onto the fire engines, and wired together in series parallel, with two being used for starting and two being used for auxiliary loads when the appliance is at a call out. The issue is that if ever the two auxiliary batteries are drained of energy, then the two starter batteries are used for this supply. The worst case scenario then, is that the vehicle will not start once the task at hand has been completed. There is an automatic cut off point to prevent deep discharge, but this can be, and quite often is, manually overridden by the senior officer at the call out. All four batteries are on the same charging circuit, so all four need to be the same technology and performance. In an ideal world, these should be on two separate circuits, but this is something that they cannot amend.

The batteries used were quality products from a leading manufacturer, but not designed for deep cycle usage. They were simply being overworked and failing early within their service life. Platinum International, along with EnerSys, looked into this and recommended that the correct battery would be the Odyssey battery type PC2150. These are dual purpose starting and deep cycle batteries with thin plate, pure lead, AGM technology. We also requested that these sample batteries were fitted to their most hard-working vehicle, which in this case was a Technical Response Unit (TRU) appliance. This vehicle was going through a set of batteries every three months. The profile of the sterling charger was also adjusted to be compatible with this battery technology and EnerSys fitted a data logging device to the battery set. Information was downloaded on a monthly basis to give us patterns of usage, both discharge and recharge.

The feedback every month from the Leigh team is that there have been no issues, even when they were on duty, responding to some extremely lengthy call outs. The team on the TRU commented that they were very surprised when there were no problems on the call outs.

After monitoring the results for six months, we agreed to amend the profile slightly on the sterling charger, as the Odyssey products can take a higher charge than the flooded equivalents. This should improve performance even further.

There have been occasions when the batteries were discharged to 75% depth of discharge, which is very low. However, the Odyssey products easily recovered to full capacity within the next charge. We are fairly confident that any wet flooded battery would have suffered irreparable damage under the same conditions.

Since the fitting of the Odyssey PC2150 batteries, there have been no battery related issues, which has meant that all battery replacements are now fitted with Odyssey PC2150 batteries. The Manchester Fire Service is confident that this will result in an overall cost saving with regards to the quantity of battery replacements, reduced breakdown call outs and, more importantly, will keep the vehicles readily available to attend emergency situations when required.