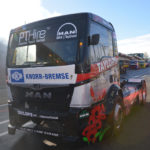 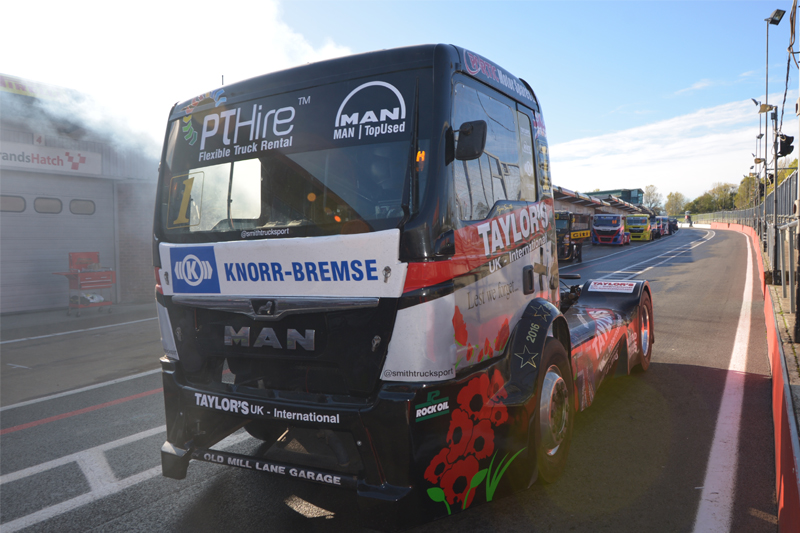 Breaking Away from the Pack

Ahead of the 2019 truck-racing season, CVW catches up with Bradley Candlish, Team Manager of Smith Trucksport, to find out how the reigning BTRC champions are planning to maintain their position as the team to beat this year.

Smith Trucksport has won the British Truck Racing Championship (BTRC) for the last three years. The team is small but specialised, and has its sights set firmly on the British and European truck racing titles. Behind the wheel sits Ryan Smith, who started Smith Trucksport in 2014 with the help of Aaron Parkin, who is now the team’s chief technician. Organising and marketing Smith Trucksport is Bradley Candlish, Team Manager, who agreed to sit down with CVW to run through the latest news from one of the UK’s premier truck racing teams.

Bradley explained, “We’re really going to focus on Europe this year – that’s the European Truck Racing Championship (ETRC). Since last season, we have been working on our new Navistar International truck, in cooperation with Navistar – the American truck brand. This will be ready to go for the start of the European season, which kicks off in May, in Misano, Italy.

“Many will say that to have such high expectations when trying out a new truck for the first season is a little too ambitious. And, yes, it’s true; there may be some things we need to iron out with the Navistar, especially when you consider that we had previously used a MAN TGX. We expect that there will be a period where Ryan will have to work out the new machine, but once this has happened, I can only see us flying.”

As Bradley said, the machine has changed, but the man behind the wheel certainly hasn’t. Ryan Smith, the team’s driver and co-founder, has, to coin a phrase, racing in his blood. He grew up surrounded by the sport, with his father being chief mechanic in the highly successful Translitre Truck Racing Team during the late ‘80s and early ‘90s. This heritage, as well as a great deal of natural talent, led to Ryan setting up Smith Trucksport in 2014, in order to compete at the top level and hone his driving ability.

“A team’s success is often thanks to the madmen behind the wheel,” continued Bradley. “There are a few drivers who just have that little bit more about them, that other level of feel in their driving. Ryan is one of these guys. He has managed to achieve so much with what has been quite an old truck, the MAN TGX, so to give him a new machine is going to make for a very interesting season. 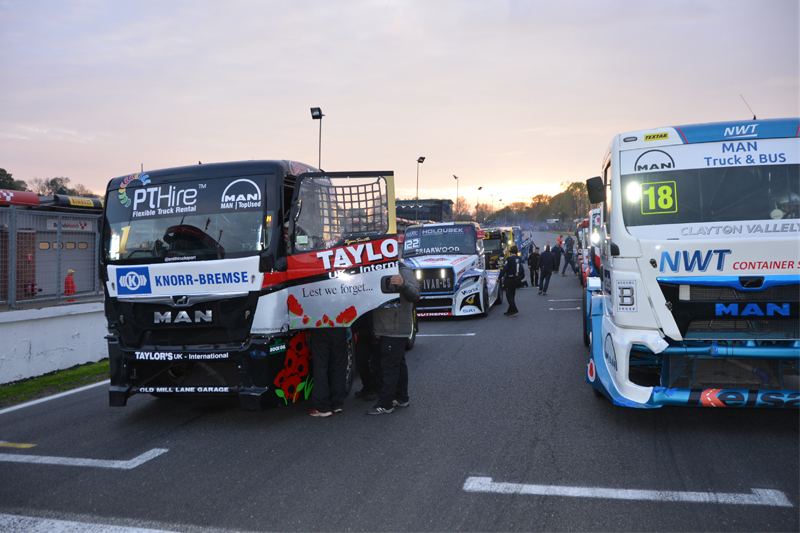 “He is always very alert to how a truck is handling, which gives us a huge advantage when making those small adjustments that, more often than not, give us the edge we are looking for. After or even during a race, Ryan will give us very concise and detailed feedback on how to improve the truck’s racing capabilities, and then we go out and sort it for him.”

As skilled as Ryan is, there is a limit to how much he can influence the team’s success. To make sure the truck is operating at optimum performance throughout the season, he has a highly proficient engineering team in support should the truck be on the receiving end of some hard knocks. Heading up this side of the business is Aaron Parkin. Bradley continued, “Our chief engineer, Aaron, knows every single nut and bolt on our truck. Aaron actually started out as a car mechanic, but has since learnt the truck trade.

“You’ll find that some of the teams go for numbers rather than quality, so you’ll end up seeing masses of people running around the pits. We prefer to operate differently. On race day, we have three people involved, Aaron, Ryan and myself. Occasionally, we may have another body to help out if needed, but really it’s just the three of us. We all have our specific roles and we all do them very well. Because we operate in this manner, everything tends to run very smoothly. I’ve worked in other teams that have more people, and it ends up being a little chaotic.”

Bradley has a fair amount of engineering experience as well, having served for 10 years in the RAF as an aeronautical engineer. So it came as no surprise that he believes a number of the team’s past triumphs are due to the meticulous maintenance and repair involved in a racing season: “There is so much energy in these machines compared to a normal race car. Take a GT car, for example. An Aston Martin can go at 200mph, but realistically, that will weigh about one-and-a-half tonnes, maximum. Now, a truck won’t make those top speeds, but they weigh about three-and-a-half times more than the cars. That’s a serious amount of energy!

“It’s our expertise in the pits that explains why, until the final race of last year when we had a half shaft snap on the rear axle, we didn’t have a single mechanical failure in any of our races. If we stopped during those races, it was due to damage and never due to components failing, which is amazing when you think about it, given the stress these parts are put under.”

That being said, it’s not just the ability to repair the vehicle that makes for a long, fruitful season. As Bradley explained, truck- racing teams also rely on quality support from sponsors. Smith Trucksport receives a great deal of backing from Knorr-Bremse, the braking systems specialist and supplier, as well as a number of other suppliers.

“We have a great relationship with Knorr-Bremse, who supply the parts for our braking systems. They provide all our solenoid valves and four-way pneumatic valves, things like that really. Steering as well, that’s all Knorr-Bremse. The steering box they give to us is particularly excellent. It’s all based on road components, but slightly tuned to give out a higher pressure.

“I should say that there are also other suppliers involved, Penske Racing Shocks for example, and they are all necessary to be successful in our much loved, but hugely competitive sport.” 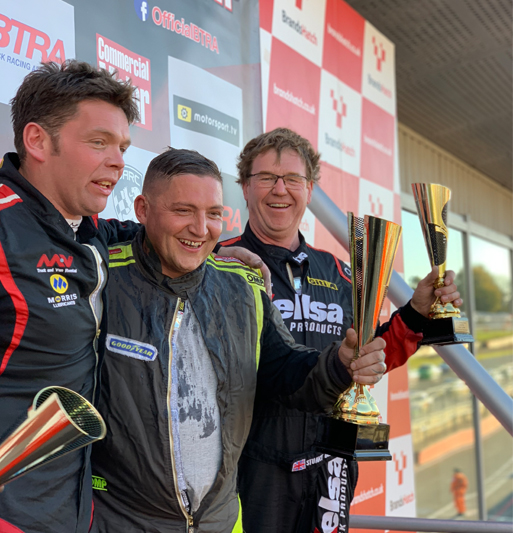 Another big change for this year is that Smith Trucksport will be competing as an independent team in Europe. Previously, Ryan had been in partnership with Oxxo, a European truck-racing outfit, but now the team has decided to go it alone. In past seasons, the team made use of a sponsor’s facilities as a pre-season base camp. However, this has now changed with the recent opening of a brand new workshop that will give them the freedom to organise their plan of attack.

“Like everything these days, racing works on trends,” mused Bradley as he explained the reasons for becoming independent. “It is rare for a team to come up with their own ideas. Every now and then, someone may come up with something that is really quite special, but then, before you know it, other teams have caught wind of it and copied the idea, keeping everyone on a level playing field. This is one of the reasons we are trying to move away from the masses, doing our own thing, coming up with our own ideas. We want to break away from the pack, not look at what other people are doing. We back our own abilities rather than the abilities of other teams.”

It’s a bold move, but one that Bradley sees as the key to unlocking future success. Sharing his faith in the abilities of his teammates, he finished, “Aaron and Ryan have been working together since the team started, and for this reason, I believe they know exactly what needs to be done.”

To keep up to date with how Bradley and the team progress this season, click here.
Tags:Smith TrucksportSpecial Report