As governments, automakers, and suppliers look for ways to meet even tighter emission’s regulations, questions have been raised about the future of diesel. Simon Quantrell, Deputy Managing Director for Carwood, takes a look at diesel CVs and why this fuel source will be around for the long haul.

Whilst the emissions talk has largely been focused on the lighter end, following the Government’s decision to accelerate the ban on sales of wholly diesel- and petrol-powered cars and vans to 2030, less has been said about their heavy-duty equivalent where diesel has been the one and only choice since the 1930s.

Today, there are around 6.5 million trucks on the European Union’s (EU) roads today, over 600,000 of these in the UK, and the number is continuing to grow. Indeed, according to the European Automobile Manufacturers Association (ACEA), demand for new commercial vehicles – light, medium, and heavy – in the EU increased by more than 2.5% in 2019, versus 2018, marking the seventh consecutive year of growth.

As well as a growing fleet, it’s also important to note that over 98% are powered by diesel and less than 1% by alternative powertrains, at a time when the latter’s popularity is growing in cars.

Why the difference with electrification? Well, the electrification of commercial vehicles is pretty much in the same place as the first plug-in cars were 10 years or so ago. The challenges are just a little bigger.

As well as battery technology not being able to provide the range at an affordable price, and the impact of its weight on both energy consumption and, critically, pay load, there’s also the task of building a charging network capable of keeping long-haul trucks on the road, without disrupting power supply. With commercial vehicle fleets very much focused on efficiency and total cost of ownership, it’s unlikely they will be willing to pay more for electric vehicles that offer little, if any, benefits over diesel, and at the moment, are largely unproven.

For so-called last-mile delivery services, carrying transport from distribution centre to final destination, and other local service providers where the fleet can return to a depot to be charged overnight, there’s no doubting electric vehicles are an attractive option. And with global policymakers implementing ever tighter air quality reforms city-wide, which in some instances include complete diesel bans, they are likely to become increasingly so. 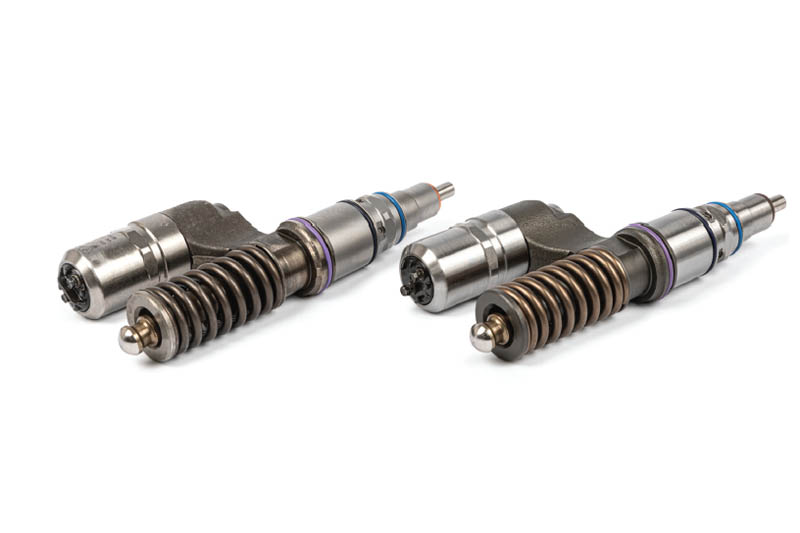 The number one choice

For long haul, however, no other fuel source can offer the industry better emissions, range, affordability, or usability than a modern direct injection diesel engine, now or in the medium term.

If you add in sophisticated aftertreatment – diesel oxidation catalyst (DOC), diesel particulate filter (DPF), and selective catalytic reduction (SCR) – and other technologies such as down-speeding, automatic manual transmissions, improved aerodynamics, low-rolling resistance tyres, and even driver behaviour into the mix – which, when combined, have the potential to achieve near-zero emissions – then it’s difficult to see it changed much in the longer term either.

Whichever way you look at it, diesel is the number one fuel choice for commercial vehicles, and it’s here to stay.

Because of this, the world’s leading OEMs are continuing to develop new diesel technology for commercial vehicle applications; take closed-loop as an example. The ultra-high-precision diesel injection system can monitor and adjust the operation of the injector in real time, controlling the exact duration of the individual injection events down to a few millionths of a second.

By managing smaller injection events, and more of them, the innovative system can deliver consistent performance over the life of the vehicle. Technologies such as these are already helping commercial vehicle manufacturers meet Euro VI emissions standards, and moving forwards, will enable them to get even closer to their zero emissions and fuel economy objectives, alongside increasing electrification efforts. 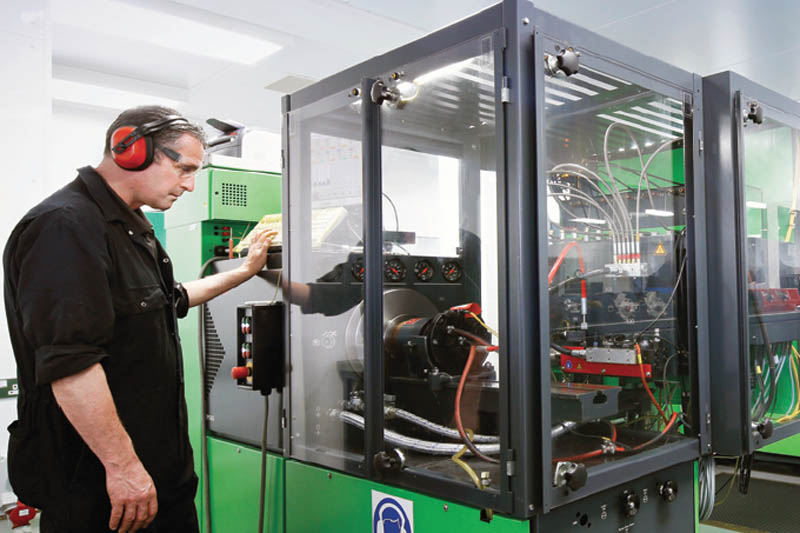 Keeping fleets on the streets

Whether it’s today’s or tomorrow’s technology, diesel or electric, Carwood is ideally placed to support both vehicle manufacturers, fleets, and workshops. For light commercial vehicles, where electric vehicles are growing in numbers, Carwood offers a range of electric vehicle solutions that already includes new and rewound electric motors and high voltage battery services.

However, there are still significant barriers that need to be overcome before a pure battery-powered truck can provide a genuine alternative to diesel on longer routes. Even then, with diesel enjoying 98% penetration on truck and 93% on light commercial vehicles, and the average age of a truck in Europe being 11.7 years with two to three owners, it will take an incredibly long time to switch over the parc, meaning that diesel will be very much in it for the long haul.

So, Carwood will continue to offer a full line-up of OEM-approved injectors and pumps for car, light commercial, heavy duty, and off-highway applications including inline, rotary, common rail, and EUI technology. With an environmentally friendly part that’s just as good as new, but costs less, fleets can improve their fuel economy and emissions, whilst minimizing future vehicle downtime and repair bills.