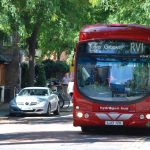 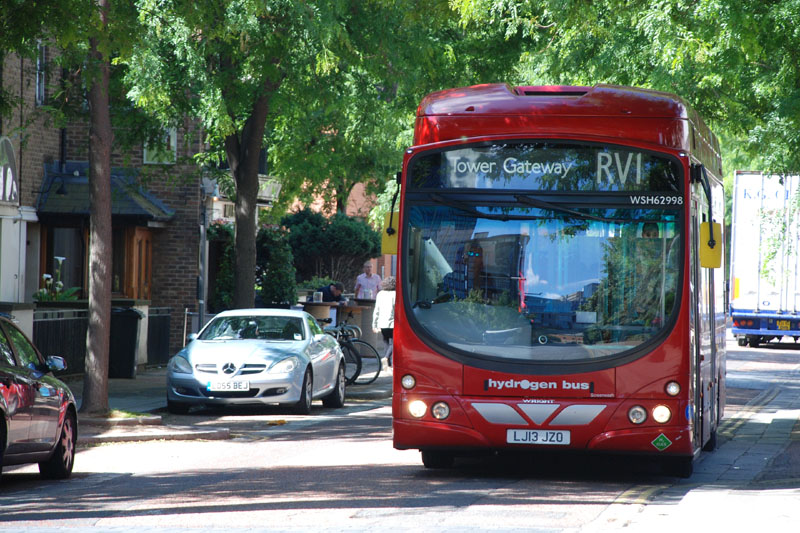 Charging into the Future

According to Transport for London (TfL), 6.5 million bus journeys are carried out every week across its 700 routes. The vehicles facilitating these journeys are evolving with the changing technologies as operators look for cleaner and more efficient transport. This is evidenced by the series of projects recently carried out by London operator, Tower Transit.

The Tower Transit Group is a privately owned, global operator of public transport with a presence in key cities around the world, including London and Singapore. Established in 2013, the group currently employs around 3,000 staff and operates over 1,000 buses, with 1,700 staff and 450 buses operating within the TfL London operation. The operator’s fleet of modern vehicles includes 22 Enviro 400 hybrid double deck buses, eight Hydrogen powered Fuel Cell – Zero Emission buses and three Virtual Electric buses.

Diesel hybrid operations began on the streets of London in 2009, with mixed results. David Yorke, New Technology, Training and Projects Manager at Tower Transit Operations, commented: “It was a difficult learning curve to begin with, but after years of hard work between manufacturers and operators it’s an achievement to say that diesel hybrid buses are now considered to be ‘normal’.”

Driven by an electric motor with batteries that are re-charged by a small diesel engine, hybrid buses can increase fuel economy by approximately 30%, depending on the type of vehicle, route and operating conditions.

Tower Transit’s fleet of 22 Enviro 400 buses operate on route 23 between Liverpool Street Station and Westbourne Park Garage in west London. The main maintenance issue for operator workshops was to do with high voltage, meaning all engineers working on the vehicles must be trained to the correct skill level. Despite this, David Yorke added: “Overall, diesel hybrid operations have been a success but it remains a learning curve and there are still some challenges, such as with Euro 6 aftertreatment.” Fuel cell buses share many components with battery electric buses and use electric motors rather than traditional engines for propulsion. However, rather than storing energy in large batteries, fuel cell buses use compressed hydrogen as fuel and have an on-board fuel cell stack to generate electricity, which powers the electric motor. The fuel cell stack uses hydrogen and oxygen to generate electricity through an electro-chemical process, producing only water and heat as by-products.

Hydrogen offers much higher energy density compared to electrical storage systems (e.g. batteries, supercapacitors). This leads to a substantial range for the buses (more than sufficient for a day’s operation). The Tower Transit buses can be fully fuelled in around 10 minutes and operate for between 14 and 16 hours a day.

Modern fuel cell electric buses additionally have a small battery or supercapacitors. These devices improve the performance of the fuel cell and overall energy efficiency of the vehicle. For example, they boost acceleration and allow recuperation of braking energy. Apart from that, the bus structure and the other non-electric components of the bus are the same as conventional buses.

As part of the TfL led Clean Hydrogen in European Cities (CHIC) and 3Emotion projects, Tower Transit has been operating eight Wrightbus buses, with two Van Hool buses on the way, on route RV1 between Tower Gateway and Covent Garden.

Tower Transit operates and maintains its fleet in a daily service at a bespoke workshop within the Lea Interchange Depot. The depot has two bays and two dedicated full time technicians who are responsible for the fleet. The workshop had to be adapted and a hydrogen alarm installed. A full process review and risk assessment was also carried out. David Yorke added: “it’s important to undertake a true risk assessment to minimise any risk to an acceptable level.” As part of the ZeEUS (Zero Emission Urban Bus System) project, which is again TfL led and partly funded by the EU, London, alongside seven other cities across Europe, tested a range of different innovative electric bus technologies and charging infrastructure solutions.

Throughout the project the performance of the buses was monitored to assess the economic and environmental impacts while they were in service.

Tower Transit operates three ADL Virtual Electric buses, running between Walthamstow and Canning Town. Opportunity charging at each end of the route, as well as range extenders, means the buses can run for 12 to 14 hours a day. To charge, the driver parks the bus over a 100kwh charging plate at the route’s termini.

The power supply is also supplemented by overnight plug-in charging at the bus garage. It is the first time that this type of inductive charging technology has been tested on a double- deck bus in the UK, simultaneously with a similar test in Bristol.

As part of an electric operation, charging infrastructure needed to be installed in the depot, however, David Yorke added: “80% of the vehicle is the same, so it’s about how you adapt the process to suit the differences. The main changes involved health & safety training. Again, we also had to undertake a full risk assessment to take into consideration the high voltages being used and train our technicians depending on which components they are working on.”