Continental has unveiled an explainer video on the VECTO (Vehicle Energy Consumption Calculation Tool) initiative, which highlights what rolling resistance is.

The video also details how it has a direct impact on fuel costs, as well as on the CO2 emissions of a fleet.

The content is said to be the latest asset to be found on Continental’s VECTO microsite, which also includes infographics and further background information to shed light on the important role tyres play in reducing CO₂ emissions.

In line with the Paris Agreement to combat climate change, the first carbon dioxide emissions regulations for new heavy-duty vehicles (HDV) were introduced by the European Commission in 2019 (EU Regulation 2019/1242). This regulation currently applies to 4×2 and 6×2 trucks with a gross vehicle weight over 16 metric tonnes, while a future extension of the regulation is currently being considered by the European Commission. To ensure these ambitious reduction targets are met, the Commission launched the VECTO simulation tool.

Given that tyres significantly influence fuel consumption and therefore the CO₂ emissions generated by a vehicle, Continental has launched a microsite to provide fleet managers with information about the new regulation and its implications for their trucks. 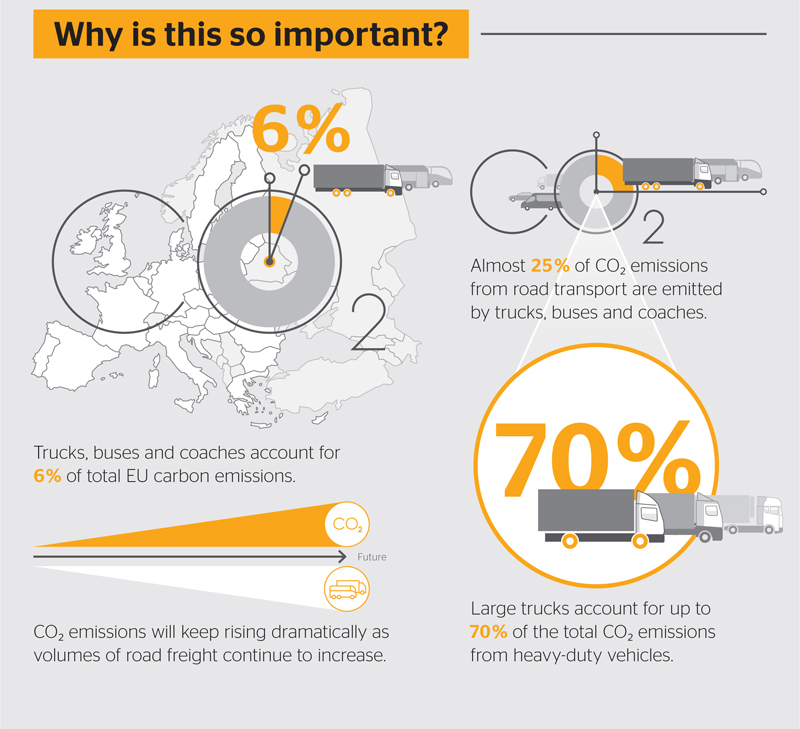 Also included on the site are:

Constantin Batsch, Head of Truck Tyre Replacement at Continental’s business region Europe, Middle East and Africa (EMEA), said: “From our talks with customers we see that there is a lot of interest from fleet managers all over Europe. We know that fuel consumption and thereby CO₂ emissions will not only become more important when buying a new truck, but also when replacing tyres. So, we want to provide fleet operators with important information on how the new CO₂ regulation and the resulting changes for tyres affect their business and how they can make best use of it. We see ourselves as service consultants, especially with regard to finding the right tyre, tyre management and how this helps reduce overall operating costs and CO₂ emissions.”

An overview of all the information provided is available here.
Tags:Continental Tyres Promo