In the first of this two-part series, Dr. Thomas Verghese, Technical Manager at EnerSys, explains why fleet and workshop managers should consider Thin Plate Pure Lead (TPPL) batteries and the benefits they provide. He also offers advice on how to best apply their advantages throughout their operational life.

For years, if not decades, commercial vehicle (CV) battery failures have been a growing headache for fleet operators and maintenance engineers. However, this can now be tackled through TPPL batteries, which not only reduce CV problems on the road, but also cut time, effort and total cost of ownership (TCO) in workshop operations.

A growing problem for conventional batteries

The transportation industry covers many areas, including emergency vehicles, retail delivery, refrigerated units, medium and heavy-duty vans, and numerous other types, as well as buses and coaches. However, most users have a common problem; vehicle batteries are increasingly unable to handle the demands placed on them. While engine starting currents have not changed significantly, other CV loads have risen considerably.

This battery strain is increased because of restrictions to engine idling, which is strongly discouraged in the UK, and is often monitored to limit fuel costs, carbon footprint and diesel emissions. As a result, vehicles must rely entirely on their batteries when stationary for long periods, while charging opportunities are reduced.

These factors are leading to more vehicle breakdowns – especially, for example, on a cold Monday morning after a weekend of inactivity. This is particularly serious if the immobile vehicle is blocking a narrow, packed yard, so no other vehicle can leave until it’s restarted. Even worse is when a refrigerated vehicle won’t restart. If it exceeds its allowable transit time, delivery windows might be missed, and its load may have to be destroyed. 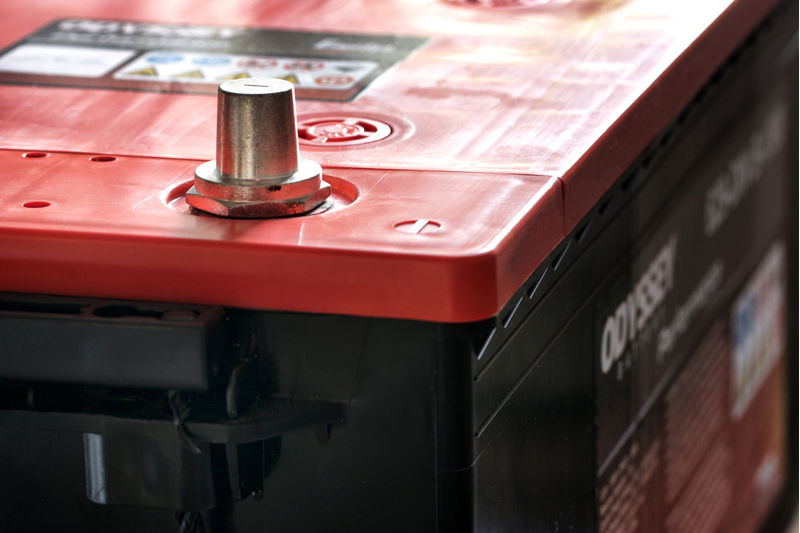 EnerSys believes that its ODYSSEY Performance Series battery can eliminate these problems. TPPL technology, although innovative and unique, is based on universally-accepted valve-regulated lead-acid (VRLA) chemistry, and has evolved to develop motive power and back-up battery solutions for many diverse markets. TPPL was first used in aerospace, military and then motor-racing environments before transferring to CV applications. Available in DIN B and DIN C form factors (also called 629B and 625B in the UK), the ODYSSEY battery works as a drop-in replacement for lead-calcium flooded or newer lead-calcium absorbent glass mat (AGM) battery types.

TPPL technology reduces starting problems by storing more energy than conventional batteries of the same size. This extra charge storage is further enhanced by the battery’s ability to be discharged to a 30% lower state of charge than conventional types. Therefore, the ODYSSEY battery can meet the demands of today’s increased loading, for longer periods, and then cope with multiple engine starts. As a result, it can start vehicles in situations where conventional batteries have failed.

As a result of industry-standard testing, EnerSys claims that TPPL has the ability to support a typical load for over 14 hours and then start an engine, which, when compared with a competing product’s 6.5 hours of endurance, produced a performance improvement of over 100%.

An additional benefit is the battery’s nolimit charging current, which allows fast charge acceptance and for multidrop vehicles to recharge their batteries between tail lift operations. The ODYSSEY’s high vibration tolerance, rated to EN 50342-1 V3 standard, provides protection against shock and vibration conditions that often cause early battery failures, and the battery tolerates extreme temperatures from -40°C to +50°C.

Maintenance engineers will notice that, once fitted, the battery typically runs to 400 cycles with an 80% depth of discharge.

Unplanned callouts to stranded vehicles with failed batteries will be far fewer, with no demand spikes when winter arrives. Similarly, the number of failed batteries returned to the workshop for repair or scrapping will be significantly reduced. Workshop time spent on batteries will be cut, with EnerSys claiming that the ODYSSEY battery is virtually maintenance-free.

On top of these maintenance benefits, the vehicles’ operating company should see reduced fuel consumption and NOx emissions, together with an improved carbon footprint.