Vision Techniques takes CVW on a journey through time, from the company’s inception through to its range of commercial vehicle safety systems known today.

Cast your mind back to the 80s. Safety technology for commercial vehicles was relatively basic, and electronic safety systems were in their infancy, with manufacturers just starting to work out how to introduce them to vehicles on an industrial scale. Michael Hanson, a lifelong lover of vehicles, was a successful businessman in the commercial truck industry. In 1989, Michael formed a partnership with electronic giants Mitsubishi and launched the first ever coloured monitor range for commercial vehicles. This was a revolutionary development compared to the relatively simple black and white monitors at the time and from this, Vision Techniques was born. 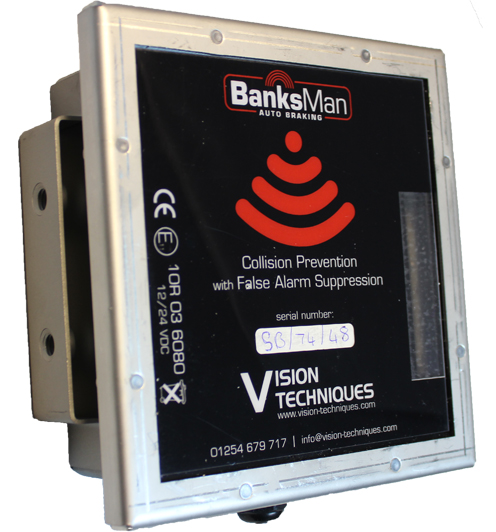 By the 1990s, computing power and electronics were coming on leaps and bounds; new gadgets and gizmos were starting to play a pivotal role in our everyday lives. Legislation was changing too. Previous legislation had put the onus almost entirely on drivers to avoid collisions. However, throughout the 2000s, there was a noticeable move towards a more balanced emphasis on all road users to avoid accidents.

Going back to 2004, traffic congestion, emissions and its effect on the environment drew public attention. People were encouraged to use public transport and there was a shift towards environmentally friendly modes of transport. One of the most visible developments took place in cities, where trends such as the introduction of bicycle sharing systems, electric bicycles, and cargo bikes started transforming the cityscape and contributed to a broader acceptance of cycling in society.

However, with the growing numbers of bikes and motorcycles on the road, incidents involving these types of vehicles grew. The EU’s publication on cycling mobility outlined its plan for a coordinated EU approach to cycling. Vision Technique’s (VT) ethos has always been to protect, and it saw an opportunity to help drivers and cyclists by making them aware of each other’s intentions on the road.

The company launched its Turnsafe range of cyclist safety products. The systems are fully compliant to FORS recommendations. The Turnsafe range includes a warning system for cyclists via audible alarms and visual signs, especially when the vehicle is turning. VT believes education is vital to reducing incidents, and a recent collaboration with Tarmac led the company to work with the Ridewise charity. A safety event held at Nottingham University was aimed at helping and encouraging as many people as possible to get on a bike and safely enjoy the vehicle. This showcased the potential of the Turnaware range, which guides driver’s and cyclist’s movements with the additional advantage of a DVR and camera system.

To harness the new emerging trends of connectivity technology, VT developed Banksman, a reversing radar system for commercial vehicles, which was developed as a reversing aid. The company hailed Banksman as the ‘Rolls Royce’ of radar. It was envisioned as a technically advanced hazard detection kit, which was the first of its kind for the commercial vehicle market. The system is designed to reduce collisions by detecting objects in its pre-programmed detection zones and warns the driver of potential hazards.

Incorporating a robust stainless-steel radar head to withstand the rigors of site life, the system uses FMCW technology for a reported 100% accuracy. The detection zones can be set to suit the vehicle and the job in hand, with dash-mounted LED display and audible alarms warning the driver of obstacles in its detection path. These audible and visual alarms increase with intensity as the vehicle approaches an object. Cleverly, this radar system only detects an object as a hazard when there is a change in distance between the obstacle and the vehicle, in order to prevent any false alarms.

Not content with simply reducing accidents, VT wanted to push it one step further and eradicate collisions altogether. The company’s investigations gave light to some extreme cases whereby drivers were not reacting quickly enough to the system’s alarms and human error was a contributing factor to 95% of incidents. This saw the next generation of Banksman, and Banksman Autobraking was launched just 18 months later.

The main feature of the new system was the addition of autobraking. Not only did it warn drivers of potential hazards, it brought the vehicle to a controlled stop if the driver didn’t react to the alarms. It uses a CAN Bus interface to determine vehicle speeds, automatically increasing the braking distance to ensure the vehicle stops in time regardless of its speed.

Today, the company continues to innovate, and launched a forward autobraking system at the beginning of 2019. VT’s collaboration with Aggregate industries, Munihire Hire and DE plant has led to the company being the first to successfully integrate the system to the BOMAG range of rollers, as well as being shortlisted for the Chairman’s Award of Excellence in Safety at this year’s Highways England Awards. 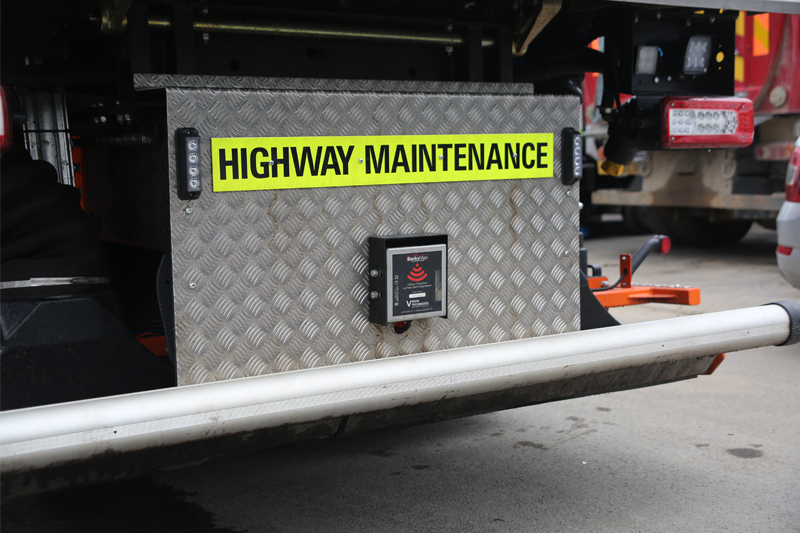 The team at VT have a collaborative approach with their customers and these partnerships have seen the development of several market firsts, with Brakesafe being one of them. Rollaway cases were something that fleet managers were experiencing, and previous systems warned the drivers with audible alarms. However, VT wanted to take the human error element out of the equation and the company developed a system that not only warned the driver, but also automatically applied the brake if the driver tried to leave the cab without the park brake properly engaged.

VT’s investments continue, and with the appointment of Steve Hurd as Managing Director, the company has doubled in size. The new management team have a clearly defined vision for the future to make VT a driving force in commercial vehicle safety systems. The new structure is set to see some exciting changes, starting with a new telematics system; VT Telematics, launched last month.