Back in 2018, DVSA completed the pilot of its operator Earned Recognition scheme. We take a look at the initial process and why operators should still be looking to sign up.

Earned Recognition is aimed at raising standard of compliance throughout commercial vehicle and bus and coach fleets. Some 30 private and public sector organisations took part in the pilot scheme, with fleet sizes ranging from two vehicles to over 3,500.

Earned Recognition is intended to reward what DVSA calls ‘exemplary operators’ from some of the burdens of enforcement. DVSA accepts that while Operator Compliance Risk Scoring (OCRS) has helped it identify the bad operators, it’s retrospective and doesn’t do enough to acknowledge and reward good operators. Earned Recognition aims to change that and to help DVSA refocus its own resources on non-compliant operators.

What are the benefits?

Operators accepted on the Earned Recognition scheme are:

How much does it cost?

There’s no application fee to join or remain in the scheme. The main extra cost will be the initial audit and a follow-up two-yearly audit after that. There may be some cost in upgrading or investing in DVSA-approved software systems.

What’s involved in the audit?

There are two sets of criteria – for trucks, and for bus and coach. The audit criteria depends on fleet size and number of operating centres. The audit is evidence based. Many of the processes and reporting will already be in place, thinks the DVSA – so it will be a case of proving that you are following those processes and that your systems can record and report the KPI data.

What are the basic criteria? 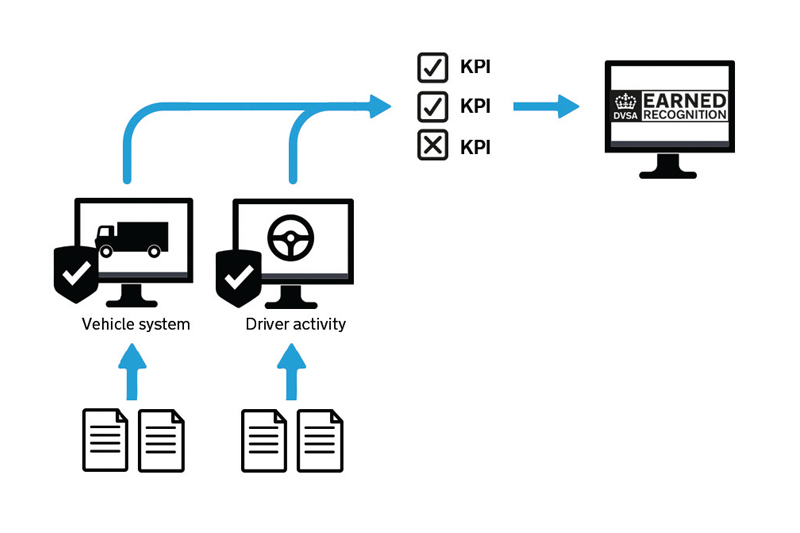 No, DVSA will not have access to individual operator’s IT systems and data. Instead, Earned Recognition operators will submit monthly reports to demonstrate ongoing compliance with sets of KPIs -– there are two sets: one for vehicle maintenance and safety reporting, and one for driver’s hours compliance.

DVSA has a list of approved software suppliers for both sets of KPIs. Those companies have proven to DVSA that their software will produce the KPI reports in an acceptable format. Operators must use one of the approved systems – and those with older versions of approved systems should check that reports meet the earned recognition requirements. 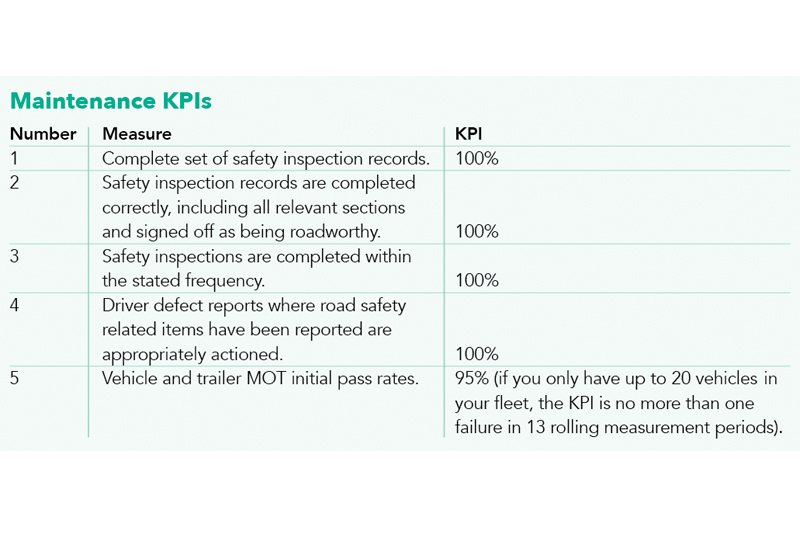 What if our fleet operates from multiple depots?

Multi-depot fleets can currently receive visits from DVSA at any site. Under Earned Recognition the operator (the ‘legal entity’) would have a single point of contact with DVSA for all their fleet and depots. 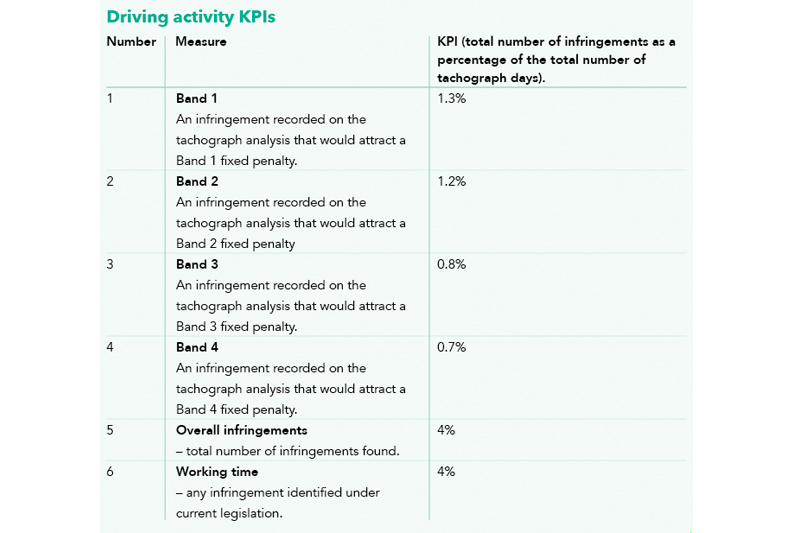 What KPIs are required?

There are two sets of KPI: vehicle maintenance and driving activity, and they are reported to DVSA four-weeks in arrears, in a PDF document. Only non-compliant exceptions are reported to DVSA – it only wants to know when something has gone wrong for whatever reason, not when all vehicles and drivers are compliant.

To establish the KPI criteria, DVSA used data from six million tachograph records and the maintenance compliance criteria from five companies in the pilot scheme.

If you report less than 25 tachograph days in a measurement period, the KPI will be no more than one offence in the period. 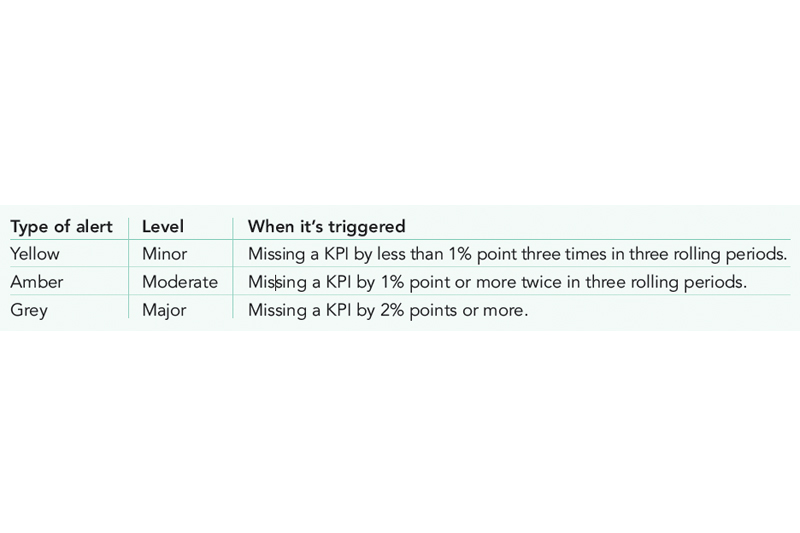 What happens if we miss a KPI?

Any KPI infringements are automatically reported in the monthly KPI reports. However, it is lightweight enforcement because DVSA expects Earned Recognition operators to be mainly compliant. Operators will get an alert when a KPI is missed, but not by enough to send a trigger to DVSA.

Only when a Red Alert is triggered would an alert be sent to DVSA. Before that, missed KPI’s are reported under a traffic light system measured over three rolling periods and with tolerances of up to 2% built in. DVSA expects operators to monitor these alerts and take action to prevent repetition.

For example, five yellow or amber triggers over three periods would result in a red alert trigger to DVSA. Even then, it wants to take a guidance approach and agree what actions should be taken within what timeframe. 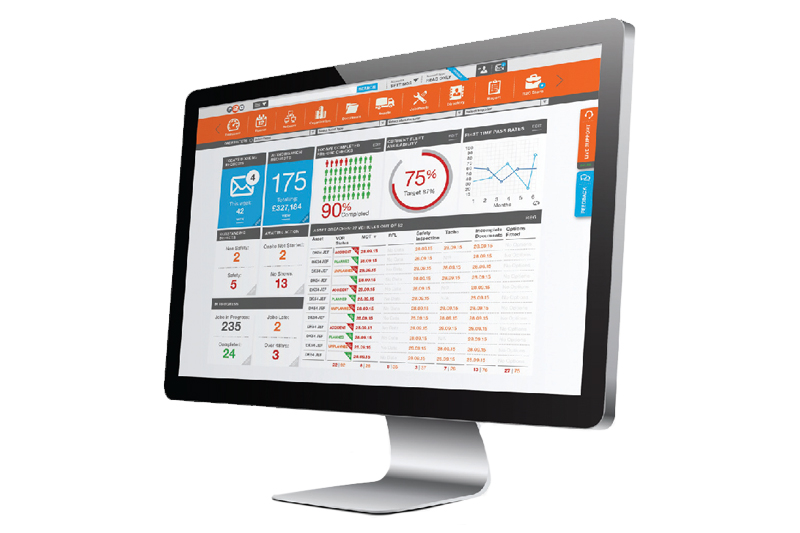 “Before r2c, we did everything the old fashioned way, it was all paper-based. The inspection sheets would arrive from the workshop by post and need sorting; often we couldn’t even read them,” comments Ian Rowe, Fleet Maintenance Manager.

“The r2c system is now used by the whole business; the transport office, our drivers and our workshop too. It’s made my life a whole lot easier as I have greater control over the fleet and there’s no longer any need to have filing cabinets stuffed full of paper. We now have improved driver behaviour because they like using r2c. We are more time efficient as we’ve saved around 70 hours per week, and we’re much more accurate with our compliance.” Ian concluded: “I’d go digital for no reason other than Earned Recognition. It’s going to be here, it’s going to stay and I want to be on board with it.” 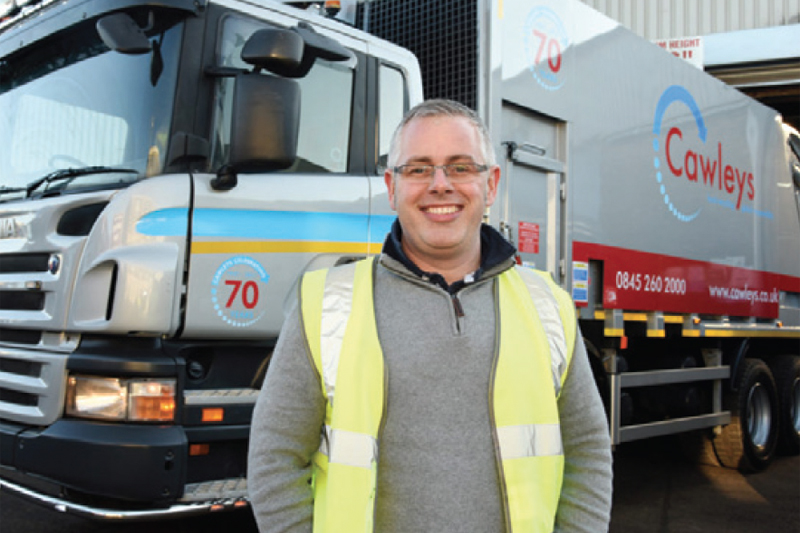 Waste management company Cawleys is also an early participant in Earned Recognition, using r2C software. Phil Gudgeon, Director of Waste Collection and Logistics at Cawleys, said: “Using the r2c platform enables us to manage our time better, with proactive maintenance and cost control. We have been accepted onto the Earned Recognition pilot, proving we are ultra-compliant and allowing us to keep our customers ahead of the curve, so we’re really happy with our results.” 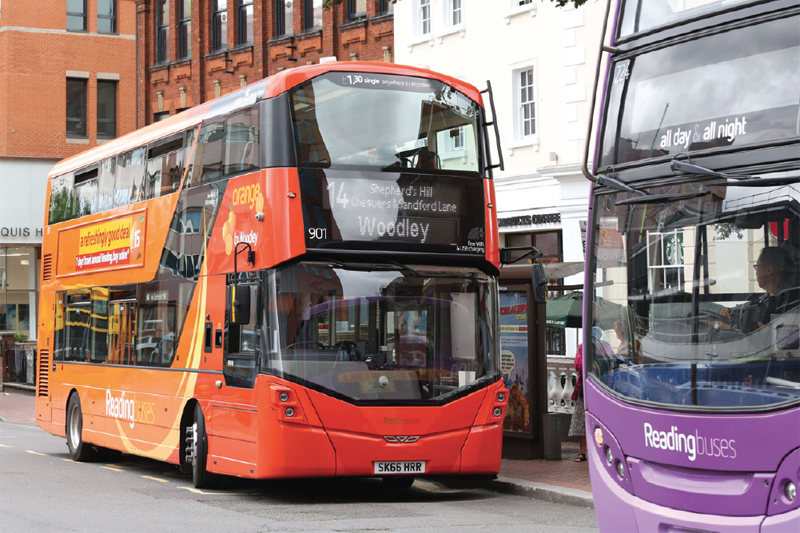 “Having successfully deployed Freeway’s software to eliminate paper reporting we are already well down the digital path,” says Steve Perks, Group Engineering Director of HCT. “To report our performance and compliance to the DVSA digitally is a natural progression. With Freeway we already produce all our reports digitally and with the system now configured for Earned Recognition, the required DVSA reports will be generated completely automatically.”

“We welcome the DVSA initiative on digital reporting and we are pleased to be able to represent the London bus sector during the Earned Recognition pilot. When the scheme is rolled out there will be some important benefits for the bus and coach industry that will make managing compliance easier and more efficient” adds Perks.

John Bickerton, Head of Engineering and Innovation, Reading Buses. “We were pleased to have been selected as one of the pilot operators for the Earned Recognition scheme. Freeway is central to our workshop processes and our KPI reporting to DVSA flows straight out of this. It’s great recognition for ourselves and our suppliers at the highest level of our industry.”