This month, REPXPERT Alistair Mason replaced the clutch on a Vauxhall Movano 2.3 D, which has covered more than 140,000 miles.

As is the norm with light commercial vehicles, the first job is to check the ramp’s weight capability and how much equipment is in the back of the vehicle. With little workshop equipment required – a vehicle lift, engine support, transmission jack, clutch alignment tool and cable ties to secure removed items – along with a scheduled time of seven hours, this is a straightforward job and is a great repair for any independent garage.

The Movano has an ‘over gearbox harness’ encased in plastic trunking. This can be fiddly to remove, but taking it away provides access to the gearbox bell housing bolts.

Whilst on the floor, disconnect the gear change cables and stow them away safely. Unclip the slave cylinder hose and blank it using an old and modified extension pipe. Disconnect the reverse light switch, then slacken the front road wheel nuts and driveshaft nuts.

Next, raise the vehicle further and drain the gearbox oil into a suitable receptacle, then refit and tighten the drain plug and remove the centre tie bar (Fig 1). 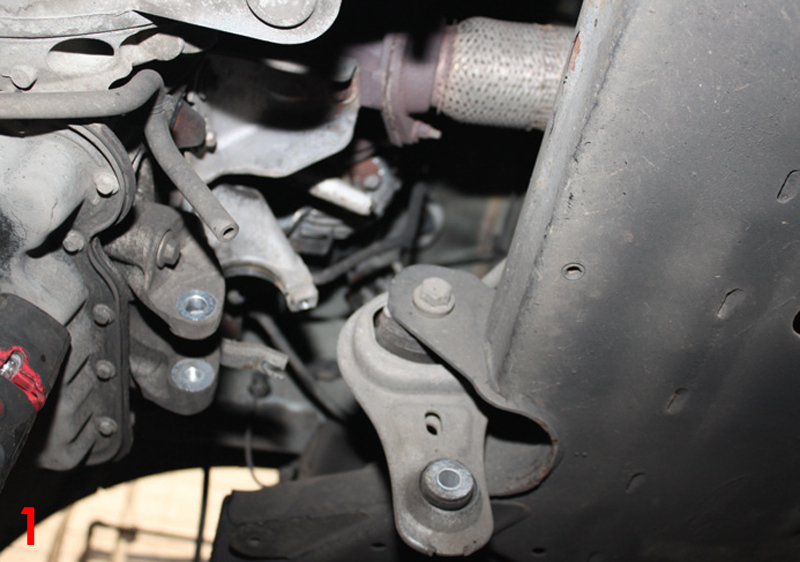 Swing the engine forward to improve access. Remove the RH driveshaft centre bearing clamp (Fig 2) and both driveshafts, then unclip and disconnect the cable on the rear of the gearbox support bracket. Unbolt the rear bell housing bolts and unclip the drain hose. 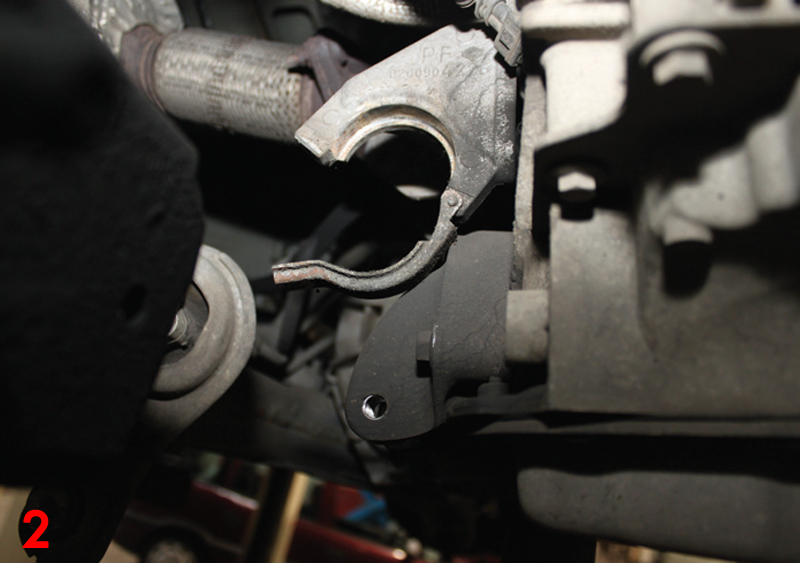 With the engine supported from above, remove one of the gearbox support bracket bolts and lower the gearbox and engine slightly. Unbolt and remove any pipes attached to the gearbox mount (Fig 3). 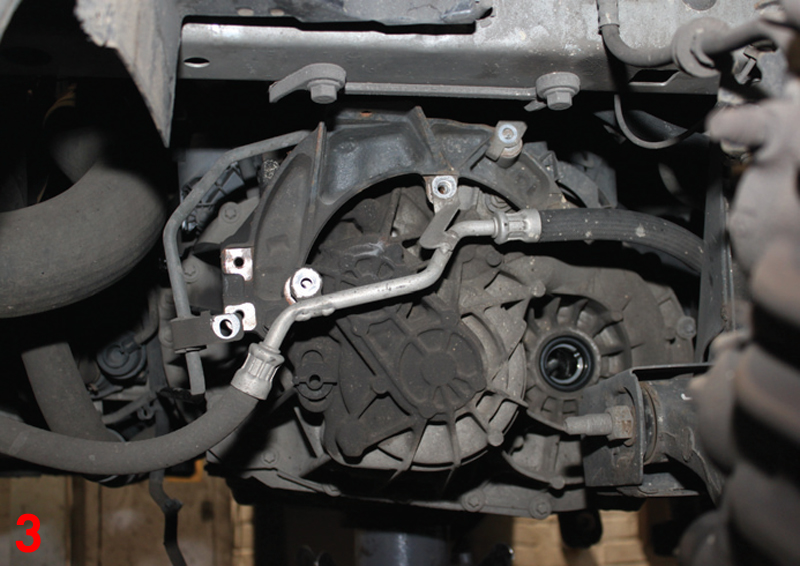 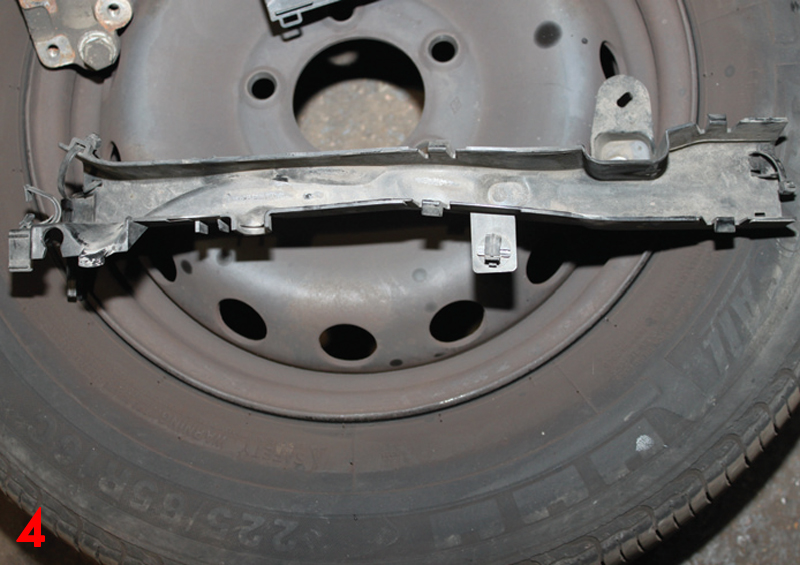 Remove the starter motor bolts and the rest of the bell housing, leaving the two nuts on special studs at the top (Fig 5).

Release the A/C hose front bracket (Fig 6) to allow the pipe to be moved further out of the way. 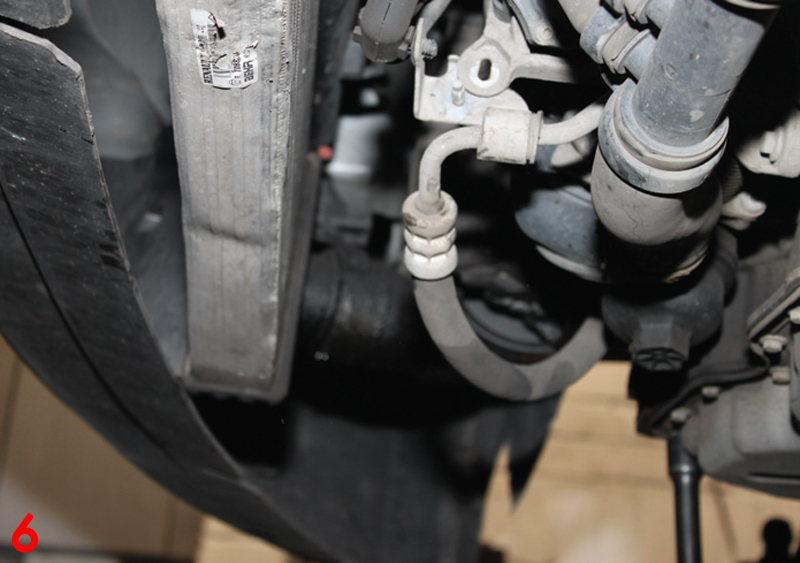 Support the gearbox with a transmission jack and remove the gearbox mounting bracket (Fig 7), then the remaining bell housing nuts and special studs. 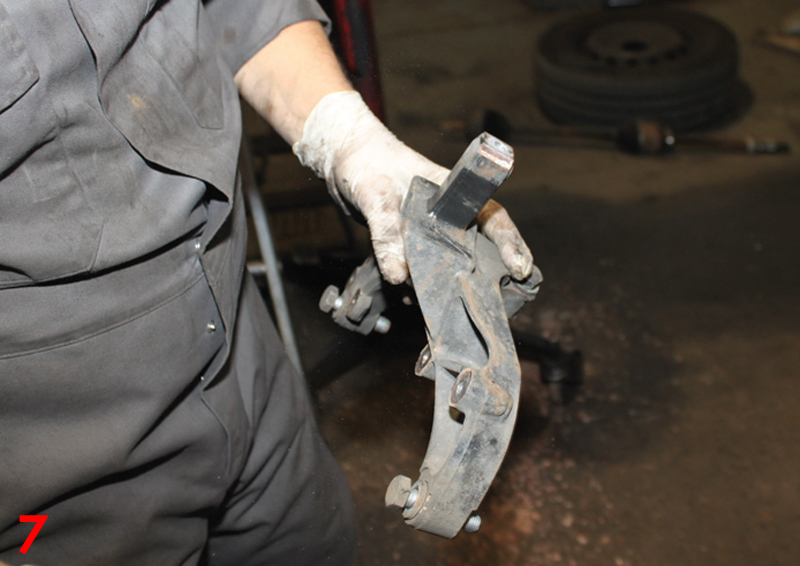 Lower the gearbox safely, and clean any debris from the bell housing. Then, check for oil leaks, the condition of the input shaft bearing, and the shaft itself for damage.

Unclip the concentric slave cylinder (CSC) extension pipe, which may be useful for a future blanking plug. Unbolt and remove the CSC, carefully noting the gearbox seal (Fig 8) condition. 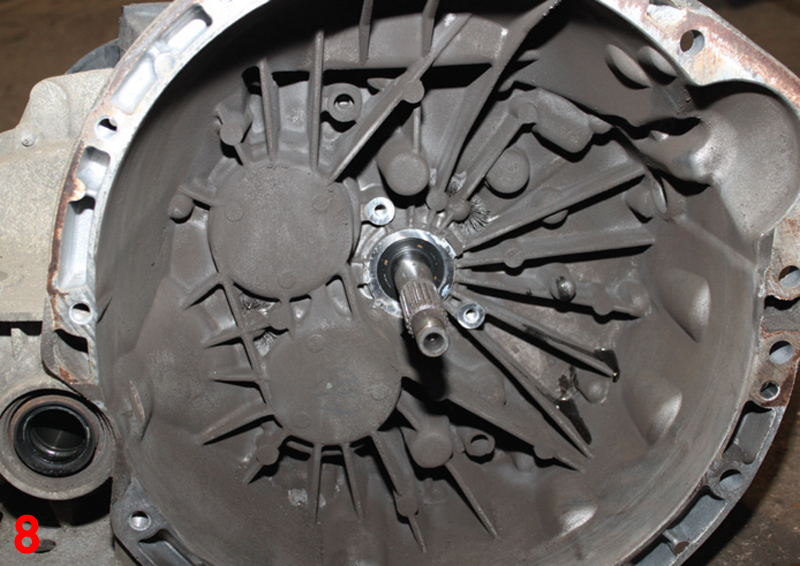 Refit the new CSC, taking care not to compress it prior to fitment. Make sure to use the original or new and correct bolts – don’t be tempted to replace them with something ‘similar’! Once completed, fit the new extension pipe, making sure the clips locate correctly.

Remove the clutch and test the dual mass flywheel (DMF) to see if it can be reused or not. The maximum values for rock and freeplay can be found on the REPXPERT website or app.

This vehicle is fitted with a self-adjusting clutch (SAC), so the clutch needs to be fitted with the LUK SAC tool to pre-compress the pressure plate assembly to the DMF. The tool kit also contains an alignment tool. Not using the tool is a common cause of clutch judder or premature de-adjustment, which can lead to the job having to be repeated. Gearbox replacement is the reverse of removal, and clutch bleeding is straightforward.

Information on Schaeffler products, fitting instructions, labour times and much more can be found on the REPXPERT garage portal or the recently-launched REPXPERT app.
Tags:Clutch & steeringclutchesRepxpertSchaefflerTechnical