As LEDs become an increasingly common feature of emergency vehicle lighting, Roadcrew takes CVW readers through what regulations suppliers need to be meeting.

Many technicians will be aware that the lighting technology used in both workshops and vehicles has changed in recent years. Options for installers of interior lighting, work lighting or warning and safety lighting used to be based on simple bulb lamps. Then xenon strobe lamps were introduced, followed by LED.

With the benefits of LED lighting, the move towards this trend is hardly surprising. LED lighting requires a lower power source, as well as the flexibility to have different flash patterns. Roadcrew has seen that the marketplace is in the midst of a big changeover to LED products, with LEDs now present in the majority of lighting products for both vehicle and trailer, as well as lighting for the workshop.

As ever, more complex and stringent regulations have followed the move towards LEDs. When purchasing replacement bulbs for vehicles, there are a variety of standards to be aware of, covering headlamps, brake lights, position lights indicators, fog lights, and more. Regulations also play a key role in the purchasing decisions for warning and emergency vehicle lighting, with two key standards that workshops need to pay particular attention to. 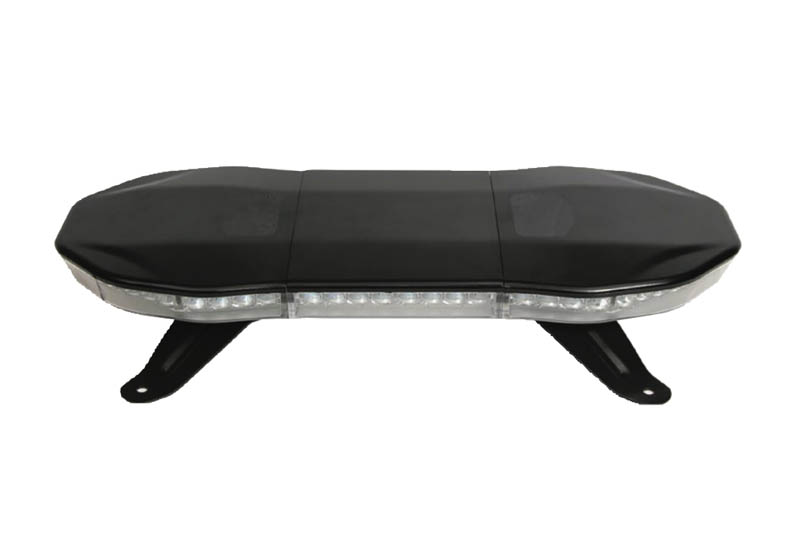 Often mistaken as a European standard, it is in fact a United Nations Document, which covers the requirements for special warning lights. The standard specifies the colour of light, brightness at specific horizontal and vertical angles, and flash frequencies – for both on and off times. For example, blue or red is specified for emergency services, whilst amber is used by non- emergency vehicle (recovery/commercial vehicles).

It also outlines the requirements  for different types of warning light.  Type T used for light sources such as lightbars or beacons, and Type X is for directional light sources, such as strobes. While Regulation 65 for amber warning lights has been adopted across Europe, in the UK it is not mandatory unless fixed to a vehicle which may enter roadworks – this is covered by the UK Government traffic signs manual, under chapter eight. In reality however, most specifiers and end users will still fit warning lighting to Regulation 65 as standard.

Workshops should also be aware that secondary warning lights, such as strobes, do not have to meet Regulation 65, so long as the roof mounted beacon or lightbar is compliant with the standard. This decision is at the discretion of the vehicle operator or installer.

This is another regulation technicians should be aware of, with the standard based on uniform provisions concerning the approval of vehicles with regard to electromagnetic compatibility (EMC).

This standard covers both emitted and received EMC. Something as simple as a small LED strobe lamp, for instance, could emit radiation which could affect other systems on the vehicle. Roadcrew’s advice to specifiers, installers and end users would therefore be to ensure the LED lighting they install is certified to UN ECE Regulation 10.

To find out more about the range of vehicle warning lighting available from Roadcrew, click here.
Tags:LightingRoadcrew