We take a look at how febi goes about manufacturing the commercial vehicle water pump and its most important component: the slide seal ring.

Modern commercial vehicle engines must work efficiently. More power and fewer emissions is the name of the game. In terms of design, however, the performance limits of the materials that are used are reached. Pressures and temperatures in the engine can reach high values. As a result, modern engines must be cooled down more efficiently. This function is performed by the cooling system – especially the water pump.

Besides the bearing package, the most important and most sensitive component is also the smallest. We are talking about the slide seal ring, which cannot be seen from the outside, but whose filigree technology deserves closer examination. The slide seal ring is located on the water pump shaft and serves as a seal between the water pump bearing and the coolant. 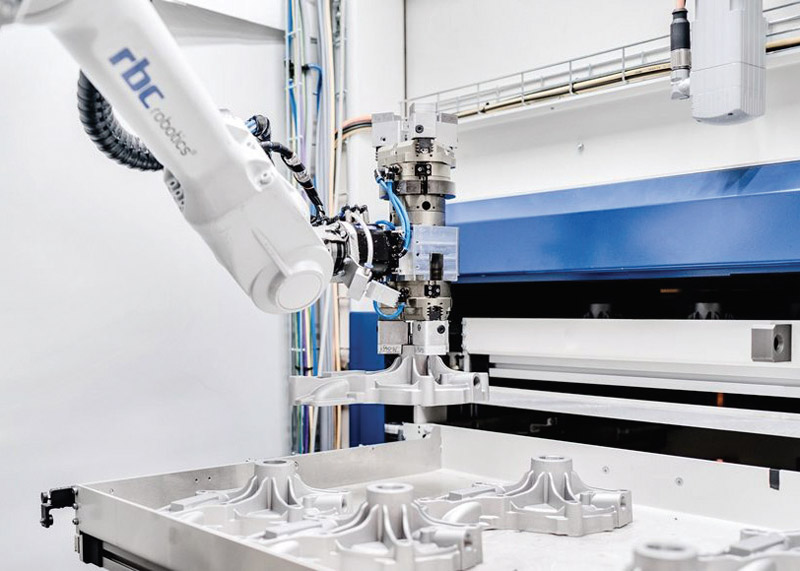 It consists of many parts; some of them rotating, some standing. Sealing is ensured by sliding the sealing surfaces of both rings (sliding ring and counter ring) against each other under the pressure of a spring. The seal ring pairs are made of high-quality and wear-resistant materials such as silicon, graphite, or ceramics. If savings are made in regards to the quality of materials, the life expectancy of the mechanical seal is considerably shorter. This is also one reason why water pumps can be similar in appearance, but very different in quality. 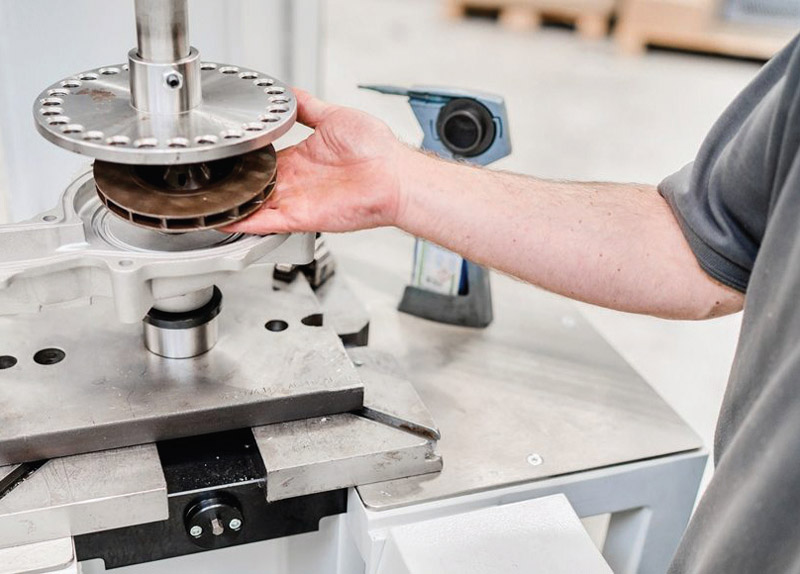 In order to ensure that the mechanical seal functions continuously throughout its entire service life, constant lubrication and cooling between the two rings is necessary. This is achieved by means of a lubricating film which forms between the two pairs of slide seals during rotation. This lubricating film of between one and two μm should always be there to reduce friction and dissipate heat. 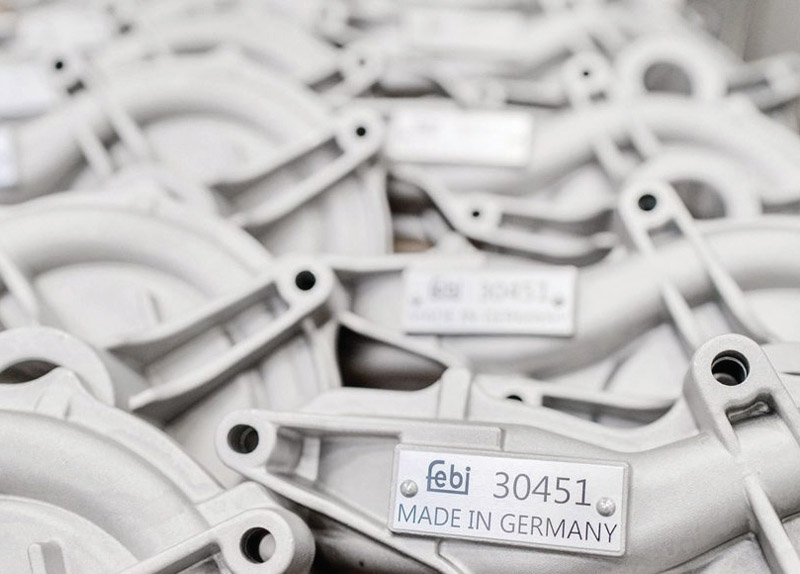 Leaks can be normal

It is normal for a certain amount of leakage to escape between the seal ring and the counter ring. However, this is very small and can still evaporate in the pump. Some coolant can also enter the free space behind the slide seal ring and exit at the drainage hole. This is normal in small quantities, especially after initial assembly, and does not constitute a reason for complaint. 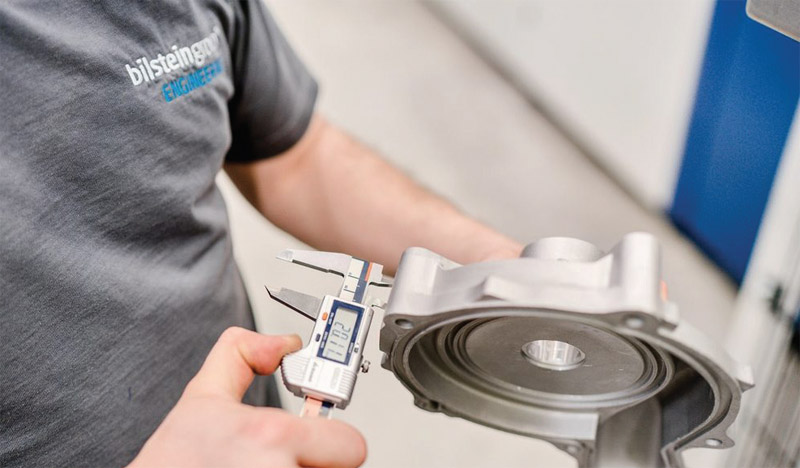 Some pumps are equipped with small evaporation containers where the coolant is collected and held in the pump until it has evaporated. A permanent coolant leakage at the leakage hole, on the other hand, is a sign of a defective slide seal ring and, thus, a leaking water pump.

How is the water pump made?

This most crucial of pieces in the cooling system is produced over 21,000 times a year by bilstein group Engineering, on-site at Ennepetal. 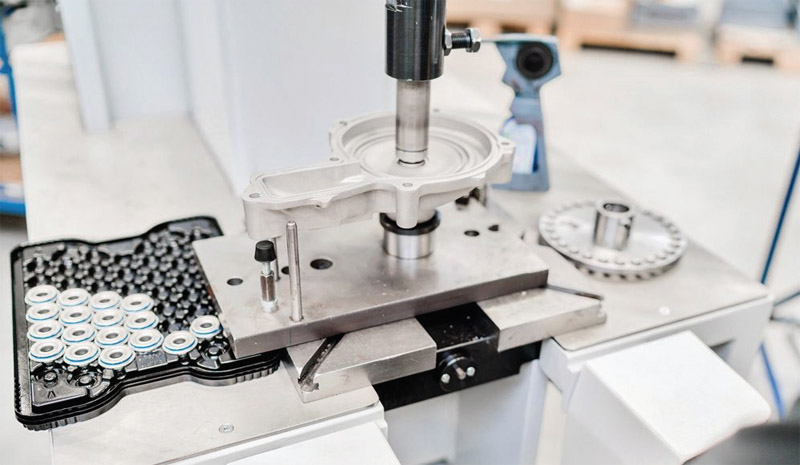 The raw material for the water pump housing is an aluminium, die-cast blank. The blank is first processed in a modern, five-axis machining centre. The parts are automatically fed into the machine by a robot arm. In order to guarantee the highest product quality, the water pumps are then tested for 100% tightness. 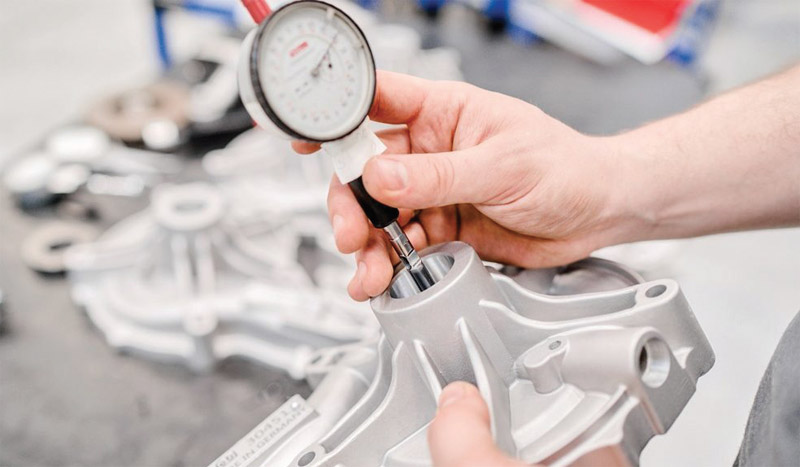 After the machining, the assembly follows. First the cover, type plate, and electromagnet are mounted. Afterwards, the water pump shaft and the mechanical seal are pressed one after the other by the OE manufacturer, KACO. A high-quality part is deliberately installed at this point, as the use of inferior mechanical seals often leads to premature failure. After the mechanical seal has been pressed in, the water pump is again tested for 100% tightness. In the last steps before packing, the impeller and drive flange are pressed on.