It is extremely difficult to configure the right chassis for every application, but German company Goldschmitt outlines how its retrofit chassis components can allow LCVs to be optimised.

Transporter models are produced in many different sizes and variants. However, one thing remains unaffected by changes and adjustments despite countless areas of application: suspension and chassis. For these important components, vehicle manufacturers usually rely on compromised solutions that cover as many bases as possible, rather than focusing on specifics.

Depending on the brand and model, softer or harder suspensions are used, which due to their static spring rate can only work optimally within a limited load range. Whilst hard-tuned vans are hardly drivable when unloaded, vehicles with soft suspension often have the problem that, due to their large surface area and high center of gravity, they are very susceptible to lateral roll movements – not to mention the overloading of the suspension when loaded.

The consequences are hard knocks for people and material, poor driving characteristics, and insufficient driving safety. However, criticism of the manufacturers is not appropriate. It is simply very difficult to configure the right chassis for every application.

But there is another way: with the retrofit chassis components from Goldschmitt, van chassis can be optimised for specific applications and the spring and driving properties can be significantly improved. The demand is great – especially in industries that transport massive goods every day and/or are loaded with heavy shelves, spare parts, and tools as standard.

One industry that Goldschmitt is familiar with is the furniture and furnishings industry, where companies have countless vans with heavy interiors in use. One such company turned to Goldschmitt with the task of optimising the soft series suspension of its vehicle fleet and reducing the strong and dangerous rolling movements. 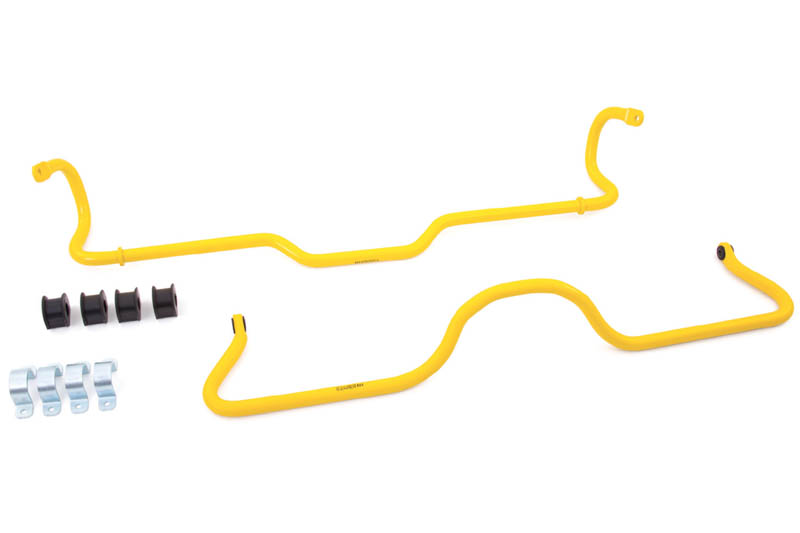 In contrast to static springs, the spring elements of an air suspension can be infinitely adjusted in height using compressed air and adapted to the respective load. The system can be conveniently and easily controlled with a control unit in the driver’s cab and a compressor.

This has two benefits: on the one hand, it makes it possible to raise the rear of the heavy furniture transporter permanently; on the other hand, the compressed air can be increased sporadically by the driver when heavy furniture has to be transported to the customer.

Even an uneven weight distribution on the transverse axis, which in the past was noticeable both visually and in terms of driving dynamics, can be compensated for with the air suspension. The flexible air bellows on the left and right side can be regulated separately from each other. These adaptation options offer enormous relief and a high degree of flexibility in daily transport and assembly work.

Reinforced stabilisers were installed on the front and rear axles to additionally prevent the dangerous rolling movements of the transporters, which are susceptible to wind. These have the task of reducing the body roll of a vehicle when cornering.

A stabiliser consists of a curved rod that connects the two wheels of an axle. If a wheel deflects when cornering, the stabiliser not only prevents the opposite wheel from rebounding, on the contrary, it provides additional deflection for the other wheel. The result was extremely successful and more than just satisfactory.

The side inclination, as well as the crosswind sensitivity, of the vans were successfully suppressed by the combination of the air suspension and the stabilisers, making driving safety clear – especially when cornering, overtaking, and when passing oncoming trucks or buses increased.

To find out more about the available offering from Goldschmitt, click here.
Tags:Axles & SuspensionGoldschmittLCV