Commercial vehicles are putting batteries under more strain than ever before, which means fleet operators need a robust and hardwearing battery. Through battery distributor Easystart, Monbat believes it can provide exactly that.

Established in 1959, Bulgarian-based Monbat is a leader in battery manufacturing and is now reported to be the largest battery producer in Eastern Europe. With production and recycling plants in five countries, Monbat uses the latest technology to produce CV batteries that match many OE approvals in the marketplace; supplying these to such companies as Dennis Eagle and Arriva Bus. However, the market is constantly changing, and Monbat now offers an AGM range to keep up with demand.

Following extensive research and development, Monbat has developed its latest AGM battery for the most demanding modern vehicles and their electrical systems. These sealed, maintenance-free, leak-proof batteries have absorbent glass mat (AGM) separators that help to retain the electrolyte in a stable state by absorbing it; meaning that it is ready and waiting to be discharged and recharged. Compared to a traditional wet lead acid battery, Monbat’s AGM has more plates that are larger, thicker and made of purer lead, with a lower risk of corrosion due to the compact nature of the battery and the fact that the acid is held in suspension. This provides a reliable energy supply during extended engine-off periods. With these deep-cycling characteristics, the company’s AGM batteries are suited to buses, emergency vehicles and large plant equipment, and the additional electrical equipment found on these vehicles. 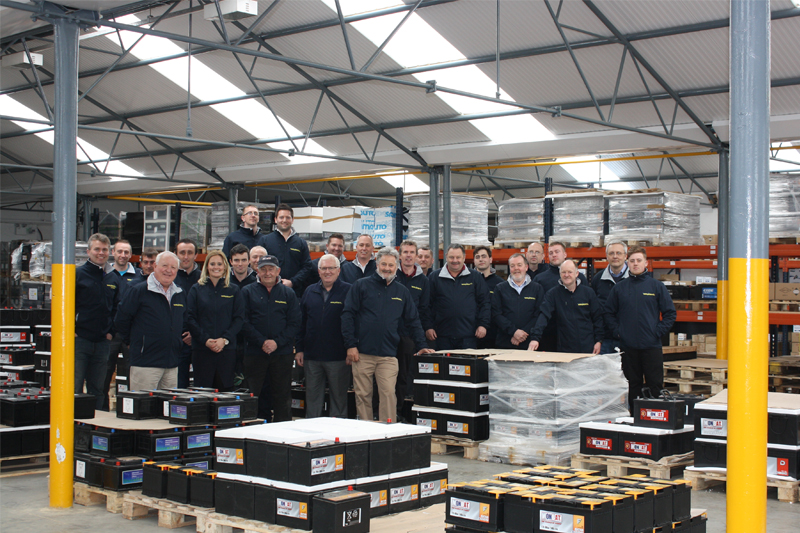 For more information on the Monbat range, click here.
Tags:EasyStart

0 0 0 0
Previous : LED Work Light & Inspection Lamp
Next : Get Yourself Connected