Loss of performance is slowed down to such an extent that it is frequently not noticeable. As soon as the engine starts running, combustion residues are generated that impair efficiency in small steps. Liqui Moly additives not only halt this process, but they can even reverse it, and the engine is able to recover its original performance and fuel economy. As a pleasant bonus, maintenance and repair costs are reduced too.

The drama gets underway as soon as the engine is started: the diesel fuel does not burn completely, whilst combustion residues and soot particles accumulate on the injectors. Encrusted nozzle ports mean the fuel injection process is no longer optimum. The fuel is not as finely atomised as it should be.

As a result, combustion is impaired; the engine suffers a loss of performance and fuel consumption increases. What’s more, the impaired combustion caused even more residue to accumulate and so the problem gets worse. Low-quality diesel exacerbates the situation even further.

Liqui Moly’s Super Diesel Additive counteracts this. Simply pour the additive into the fuel tank. As soon as the engine is running, its active ingredients are transported to the injectors together with the fuel. Here, they gradually loosen encrustations and deposits from the injection ports, thereby restoring the engine to its original efficiency. In addition, the Super Diesel Additive increases the cetane number of the fuel, which enhances combustion, and it protects the entire fuel system from corrosion. 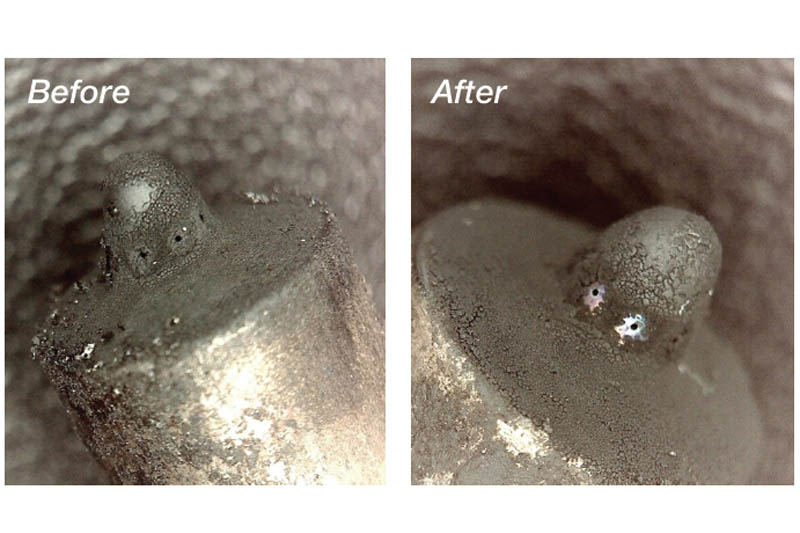 Like Liqui Moly’s other additives, Super Diesel Additive is not a miracle worker: it’s a chemical tool developed for a specific purpose. It’s also possible to remove the injectors and clean them by hand, of course. This has the same effect but is much more involved and expensive.

The additive is not just effective in theory – it works in practice too. Dirk Sauer runs a forwarding agency, and his trucks already run on Liqui Moly engine oil. So, he decided to try out Super Diesel Additive. For this purpose, he chose the stationary Volvo truck engines that power his block-type thermal power station. These engines sometimes run for 24 hours at a stretch at maximum load.

“We were able to reduce fuel consumption from 75 litres to 72 litres per hour,” comments Dirk Sauer. “This alone saves us about 2,160 litres of fuel per month. It’s good for our budget, and great for the environment too.”

The second effect in terms of savings is the reduction in maintenance costs and downtime. He continues: “Previously, we had to replace the expensive injectors every year due to the high loads. Since we started using Liqui Moly, we’ve had no damage or malfunction in the injectors at all.”

There is enormous potential for savings here, especially for fleet operators. A 4% reduction in fuel consumption means tens of thousands of pounds less in fuel costs per year – and that includes the additional expenditure for the additive. Plus, additional repair costs and unplanned downtime are eliminated. If the fleet is ageing or the diesel quality is not particularly good, the savings effect is even greater.

For fleet operators, Super Diesel Additive is also available in large containers – including drums of up to 205 litres – and in the form of a concentrate. This reduces costs per litre, making Super Diesel Additive particularly economical. It also means you can use the additive at your own filling station. This, way you avoid any cumbersome handling of cans when refuelling and you can ensure every vehicle benefits from the advantages the additive has to offer.

Super Diesel Additive is just one of Liqui Moly’s many chemical tools that increase reliability and reduce maintenance costs. To see the entire range of products for commercial vehicles for yourself, click here.
Tags:Liqui MolyLubricants & Additives