Jan Zieleskiewicz, Marketing Manager for Nissens, explains why you should avoid mixing PAG with universal oils.

Polyalkylene glycol (PAG) oil is the most common lubricant used in modern automotive air conditioning systems running on R134a and R1234yf refrigerants. It is a fully synthetic oil that provides efficient and universal lubricating capacity; it is conductive, highly hygroscopic (absorbs moisture from the air), and is available in several viscosities (46/100/150).

Due to their advanced mechanical construction and moving components, as well as the fact that they operate at high temperature and pressure, air conditioning (AC) compressor manufacturers specify the precise type and quantity of lubricant that is required for the correct operation, functionality, and long service life of their AC compressors.

It will come as little surprise, therefore, that a common reason for AC compressor failure is the use of oil of a different specification to that stipulated by the compressor manufacturer. For example, if the system is topped-up or filled with a universal Polyaphaolefins (PAO) oil with a viscosity of 68, when the original was PAG oil, their viscosity is different. This is despite the fact that, in general, the characteristics of PAO and PAG oil seem be similar. This can lead to serious problems and, ultimately, compressor failure; which, in most cases, will lead to the rejection of any subsequent warranty claim. 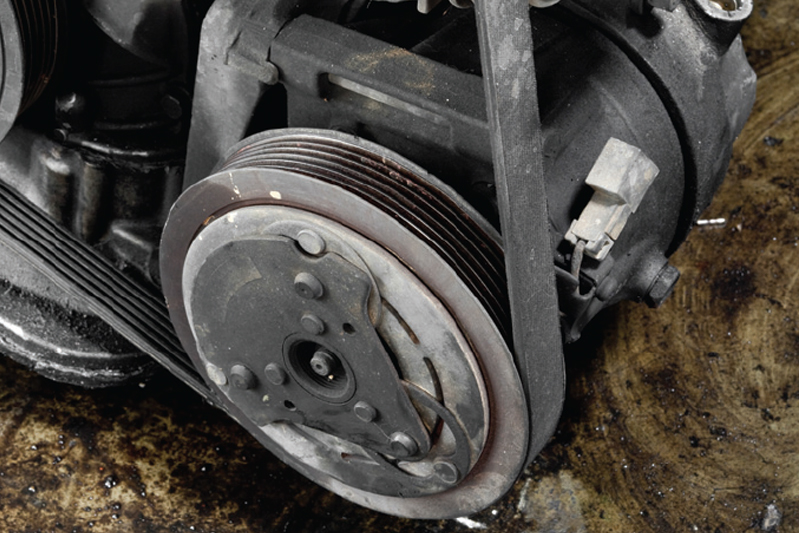 As good practice, the oil within the AC system should be topped-up at the scheduled service interval and replaced entirely when the compressor is changed. To avoid the use of the wrong specification oil, manufacturers generally pre-fill their compressors, which also stops dirt, debris, and moisture from entering the system. Technicians should, therefore, check the oil specification dictated by the vehicle manufacturer (VM) in order not to mix incompatible formulations.

The two oils do not mix completely and cannot create a long-lasting homogenous mixture, which is needed to ensure the correct lubrication of the mechanical parts within the compressor. Although initially the oils may visually seem well-mixed, after a short period of time, when the compressor is not running, the two oils will separate.

When the compressor then starts from cold, separated oil of a higher density and viscosity will lead to less effective lubrication of the precisely engineered internal components, such as between the piston and cylinder, so increasing friction and causing the compressor to overheat and potentially seize. 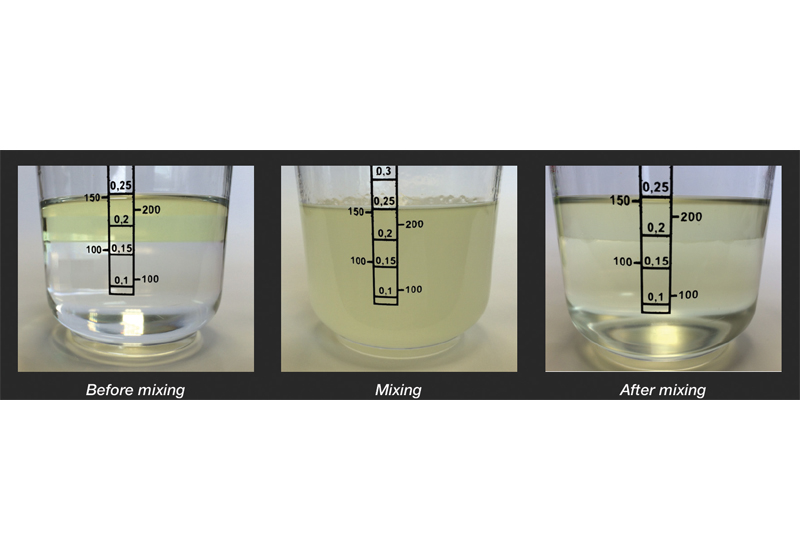 In addition, universal oils do not mix the same way with the refrigerant as PAG oil does, thus, the lubricant’s circulation in the system may be restricted, so as well as exposing the compressor components to potential damage, the system’s other components, such as the expansion valve or seals, could also be at risk.

Always follow the compressor or VMs guidelines for the right specification of lubricant, but helpfully, Nissens compressors are always pre-filled with the right quantity and viscosity PAG oil and double end-capped, so there is no need to add any extra oil to the compressor.