A range of new door locks has been developed to prevent theft and illegal access to trailers, as well as limit the prospect of Border Force penalties, which regularly run into tens of thousands of pounds.

Trailerlock is a device that protects the rear doors of semi-trailers, and prevents intruders from breaking into vehicles either while moving, stationary, or during ferry crossings. Trailerlock fits most semi-trailers, and is ideal for international operators, any vehicles that carry high-value goods, and those that are likely to be left unaccompanied. The lock – which comprises a case, an anchoring bolt, a security nut, a wrench, and a back-up wrench – easily fits over the existing door locking handle, and is bolted to the frame of the trailer.

Manufactured from solid steel, the lock is simple to operate and resistant to mechanical interference. The system does not require additional modifications to the rear doors of semi-trailers, which ensures that the product can be deployed without any further installation costs.

Additionally, for temperature-controlled vehicles, Fridgelock is an adjustable lock which simply and quickly fits across the locking bars. Like Trailerlock, it uses a security nut and comes with a pocket wrench. Once in place, the doors cannot be opened.

In addition to protecting the vehicle itself, Trailerlock protects both driver and haulage company by reducing the possibility of Border Force fines, which can run into many tens of thousands of pounds. Currently, the fine for ‘civil penalties for clandestine entrants’ stands at £4,000 per illegal entrant, with £2,000 to be paid by the driver, and the other half to be paid by the haulier. If these penalties are not paid, the vehicle can be seized and held until payment is made. If the penalty is not paid at all, the vehicle can be destroyed. 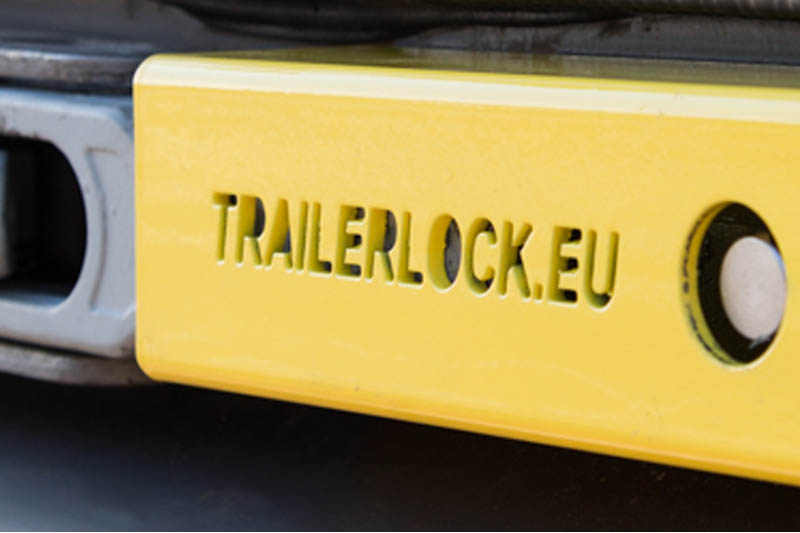 Simon Clarke of Smith Bowyer Clarke, specialist road transport lawyers, explains, “We have around ten new cases per week where hauliers are seeking to appeal against the imposition of penalties for clandestine entrants. In some cases, having to pay these penalties would mean the company going out of business. We are well used to dealing with penalties within the range of £20,000 to £40,000; we have just closed a case where a haulier had a £68,000 penalty imposed against him, which we managed to reduce to £20,000 upon appeal.”

Simon continues, “Drivers may be vigilant in checking their vehicles, however, thousands of illegal immigrants hide inside trucks heading for the UK each year. While Border Force accepts that a driver and haulier might have no idea that the illegal immigrants were inside the vehicle, penalties will be imposed despite this. One of the best ways to prevent this is by securing the doors of a trailer with a robust lock that cannot be disarmed.”

Also on the market is a new security lock for the prevention of spare wheel theft. This simple device, which fits over the centre of the spare wheel, also uses a single security nut and a small pocket wrench. The driver keeps the pocket wrench in the cab, and a spare wrench can also be held back at base in case the trailer is hooked-up to another tractor.