The LEDriving CUBE MX85-SP and -WD versions are the working lights of the Multifunctional Series that combine two LED lighting performances: working light and stylish ‘X’ shape light. The SP version offers a far field illumination beam of up to 110m with a 13.5° beam angle, and the WD version is specialised for near field illumination, with a light beam of up to 55m and a particularly wide beam angle of 43.5°.

LEDriving LIGHTBAR MX140-WD is also part of the Multifunctional Series. The wide beam patterns produce a far field illumination up to 60m, and the product is designed in a robust and compact design with a lifetime of up to 5,000 hours. The LED light provides a high-optic efficiency, homogeneous light distribution and reduced glare. And finally, LEDriving LIGHTBAR SX180-SP, -SX300-SP and -SX500-SP are all part of the Slim Series. These products are intended for use as auxiliary high beam lamps, are constructed with a slim design, and are characterised with increased far field illumination. The three SP beams differ in their light beams, which range from 190 to 270 and up to 370m. 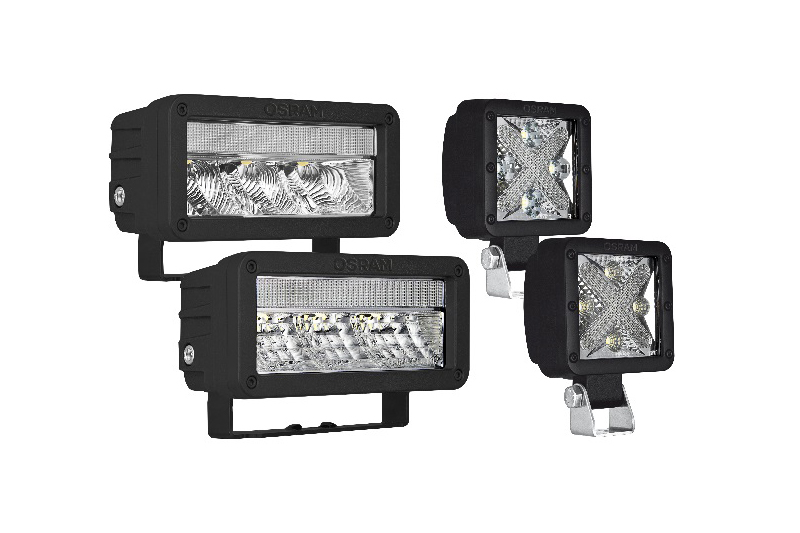