Spillard Safety Systems has claimed that, due to its latest innovation, fitting the latest mobile safety equipment and camera systems has never been easier. CVW takes a closer look.

The company has invested heavily in designing a new ‘plug and play’ loom that halves the time it takes to install its ‘Spillard Live’, side scan and ‘left turn alarm’ technology.

Engineers no longer have to run complex cabling and find connections to establish a live feed; instead, they simply run the cables along the chassis and plug the terminal into the ODBC reader so that it reads the vehicle’s CAN bus.

This process means that a standard fitting can now take just four hours instead of eight, and ensures that Spillard can meet the growing demand for its accident prevention systems.

Craig Spillard, Finance Director at Spillard Safety Systems, commented, “The plug and play system has de-skilled the installation, and means that retrofitting your entire fleet of vehicles with our solutions has never been easier.

“Our engineers can now complete two jobs per day, which is great for us in terms of meeting increases in orders and, importantly for the customer, it means we have reduced the time their vehicle or piece of equipment is out of action.

“We took feedback from engineers about the issues they face on site and, tapping into the expertise of technical sub-contract partners, we have come up with a solution that overcomes these hurdles and still delivers great performing technology. It’s a win-win situation. In some instances, workshops could fit Spillard systems without the need to involve our engineers.”

The latest innovation marks a successful 2019 for the Wolverhampton-based company, which has seen sales rise by over £1m to £6.1m for the financial year. 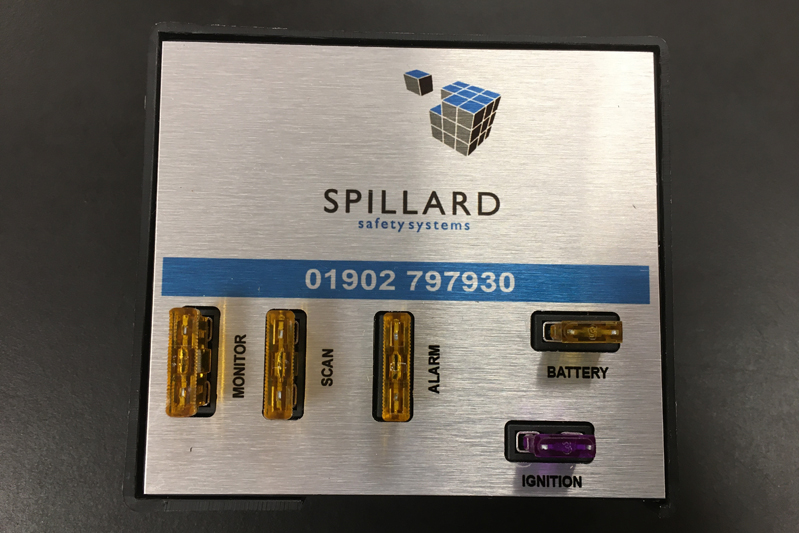 Compliance and accountability are becoming more important for companies in the transport arena, and instantly being able to see what a driver has done or is doing is making that task a lot easier.

Spillard Live is an online platform that meets this requirement by using an awardwinning Internet of Things (IoT) platform that can track a vehicle in real-time with live video and analytics.

It captures, processes and learns from multiple sources, and has been designed to be compatible with any device capable of transmitting datasets.

The data received is analysed using complex algorithms to improve driver behaviour, so much so that audible alerts can be sent to notify employees that their actions are being recorded – a feature that has been proven to have a positive effect on their behaviour.

Craig continued, “This has a huge benefit in terms of reviewing driver performance, reducing risks and accidents and, importantly, allowing companies to prove that their drivers are not at fault in incidents. They can do this in real time as well as being able to view historical footage.

“With over 5,00 systems connected to the platform already, we can clearly see how big the demand is. Now, the focus will be on evolving the functionality and adding more features to the mix.”

He concluded, “The plug and play loom is also proving popular, with 60 systems now installed for customers, including Fowler Welch and DHL.”