The technical team at Schaeffler Automotive Aftermarket takes CVW through a full clutch replacement on a VW Caddy 1.6 TDI.

In this month’s article, we are replacing the clutch on a 2011 Volkswagen Caddy fitted with a 1.6 TDI common rail CAYD engine. The suggested problem was that the clutch slips under load and a short road test confirmed that to be the case and with a mileage of more than 92,000, clutch replacement was advised.

Volkswagen introduced the Caddy to Europe in 1982, with the current model being the third generation. It is available in two body sizes and with many variants.

This model Caddy is based on a Volkswagen Touran with Volkswagen Golf Mk 5 front suspension, and was named best small van of the year in 2007 and 2008. The Volkswagen Caddy shares the same platform as other VAG models with a transverse engine/gearbox arrangement, so there is a good chance this will look quite familiar when the bonnet is raised.

We used the following equipment for this repair: a scissor lift, transmission jack and an engine brace. If the vehicle is equipped with locking wheel bolts, locate the locking wheel bolt key before commencing the repair.

With the vehicle positioned on the ramp, open the bonnet and remove the engine cover, air intake duct and air filter assembly, disconnect the battery and remove the battery followed by the battery carrier. This now exposes the top of the gearbox, giving us good access for component removal (Fig 1). 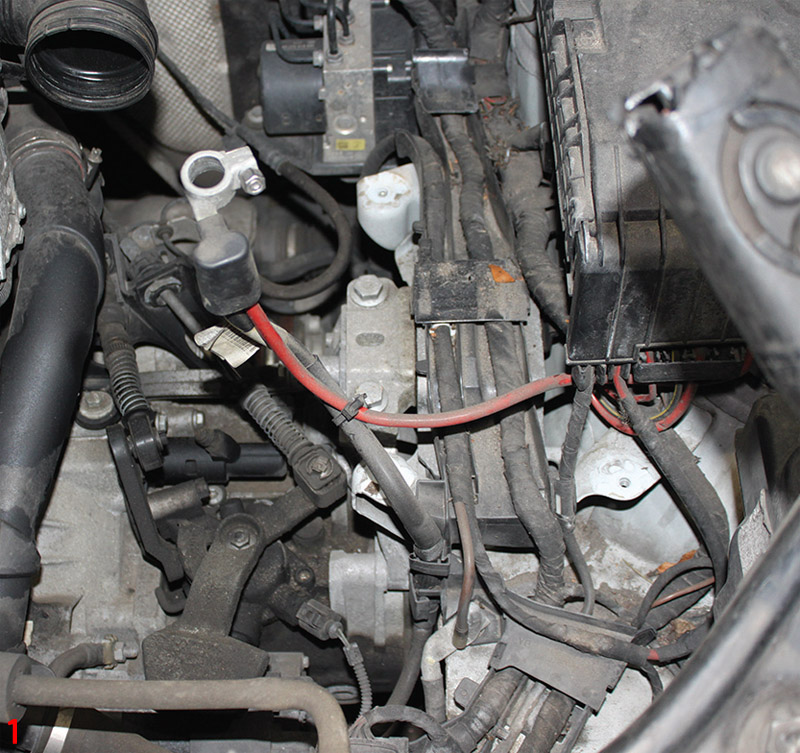 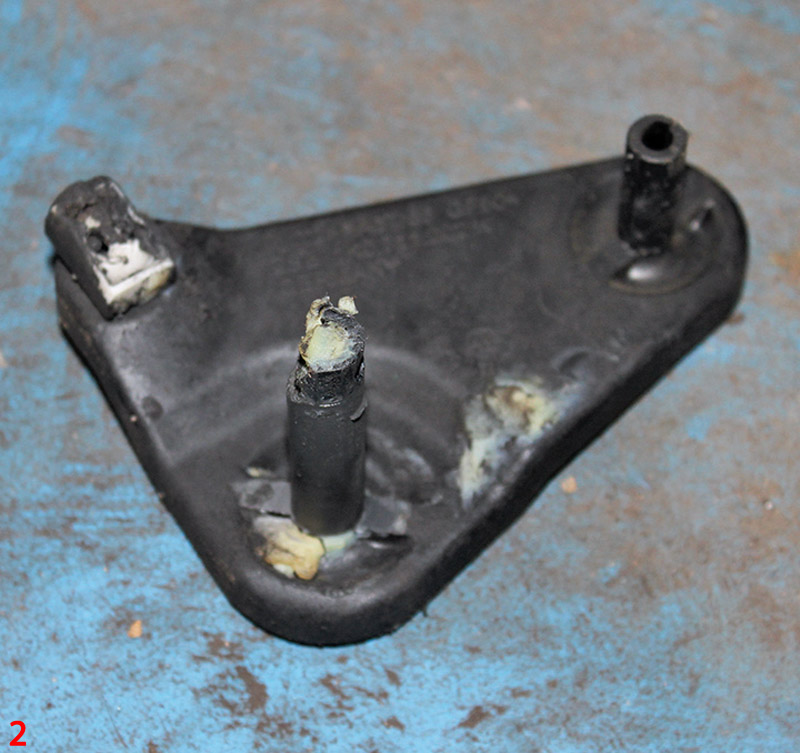 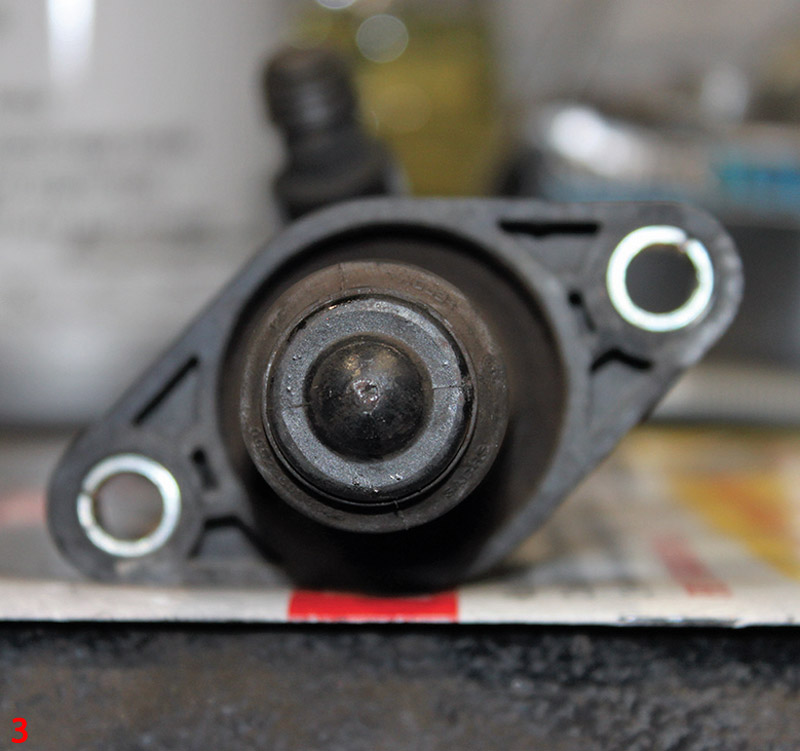 Slacken both front wheel locking bolts with a bar and then raise the ramp to waist height, remove both front wheels and the N/S/F wheel arch liner, then raise the ramp to access the underside and remove the engine under tray. Remove the gearbox pendulum mounting (Fig 4), and take out the six driveshaft flange retaining bolts from both driveshafts, disconnect the ball joints from the bottom suspension arms and release. 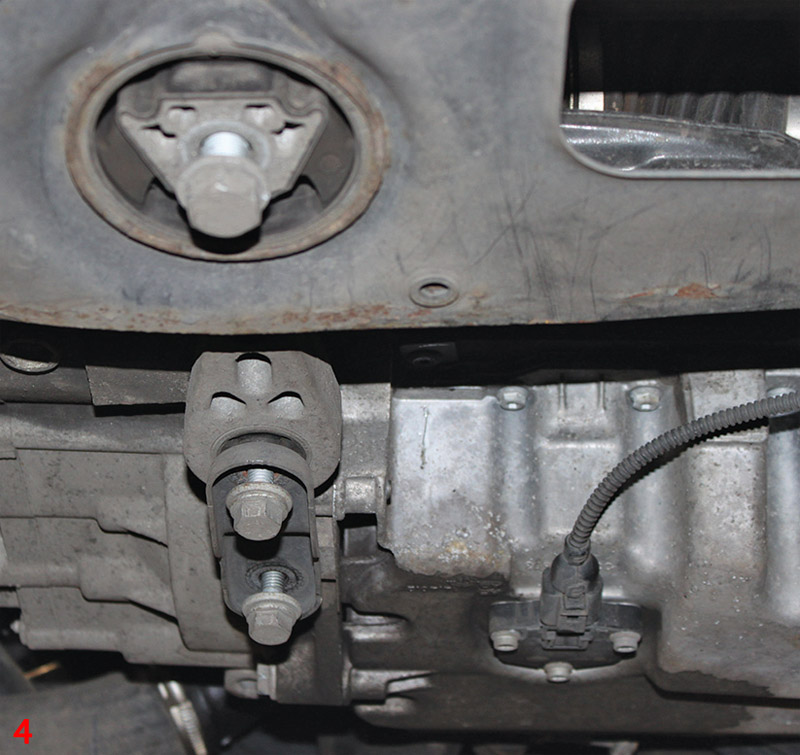 There will now be enough clearance to move and secure the driveshafts away from the gearbox to aid gearbox removal. The O/S gearbox output flange can now be removed by taking out the centre bolt. Be careful when removing the flange as some gearbox oil can run out (Fig 5). 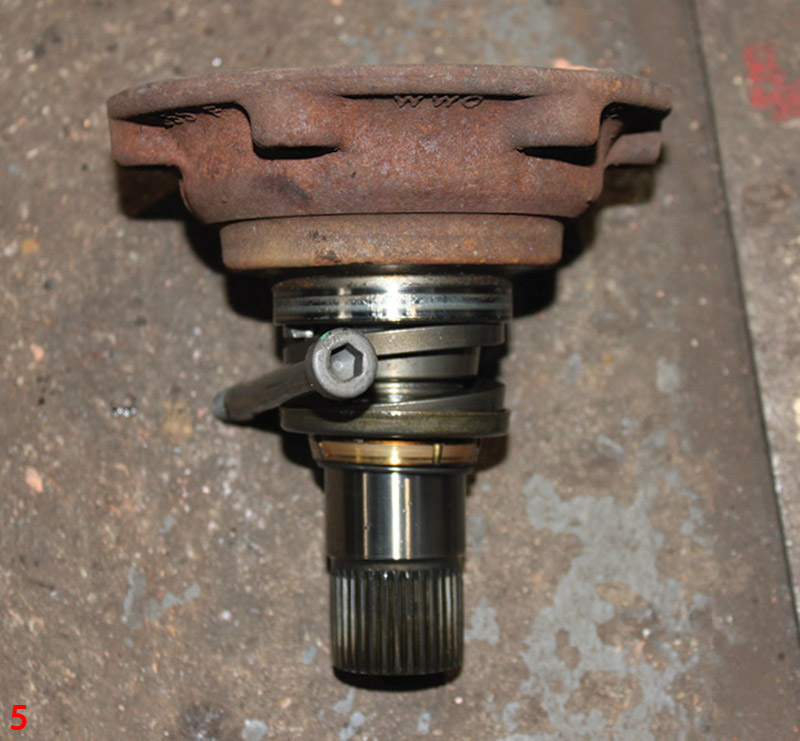 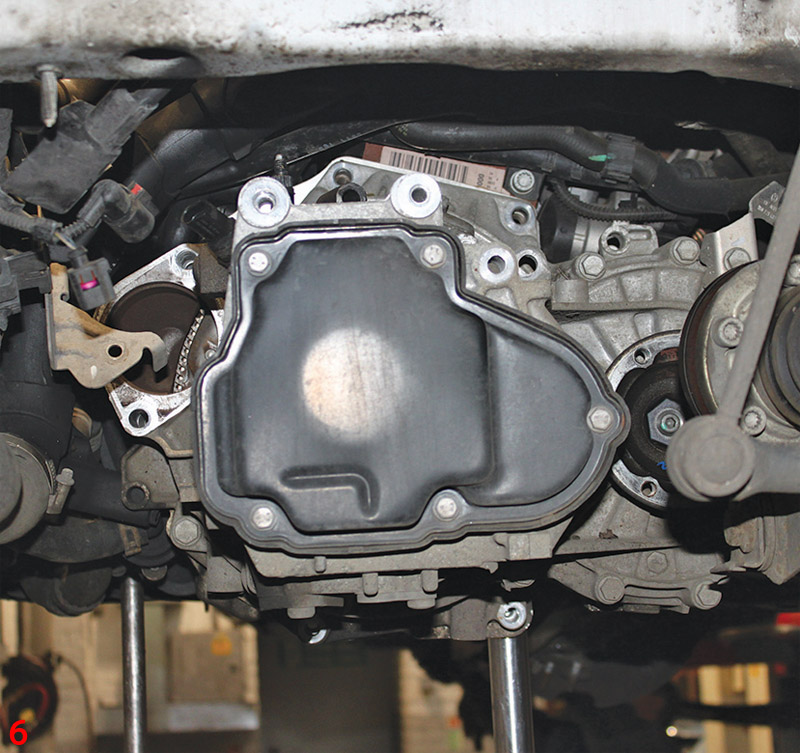 With the gearbox out of the way, the clutch was removed and, as diagnosed, it had reached the end of its service life. The solid flywheel was inspected and confirmed to be okay and the ‘glaze’ was removed from the flywheel face using emery cloth. The flywheel and back plate area should be cleaned to remove the old clutch dust. Remove the clutch release arm, bearing and gearbox input shaft sleeve and clean the clutch dust out of the bell housing area. Lubricate the gearbox input shaft splines with high melting point grease and then slide the new clutch plate onto the input shaft to confirm the splines are correct and to dissipate the grease evenly, then wipe off any excess. 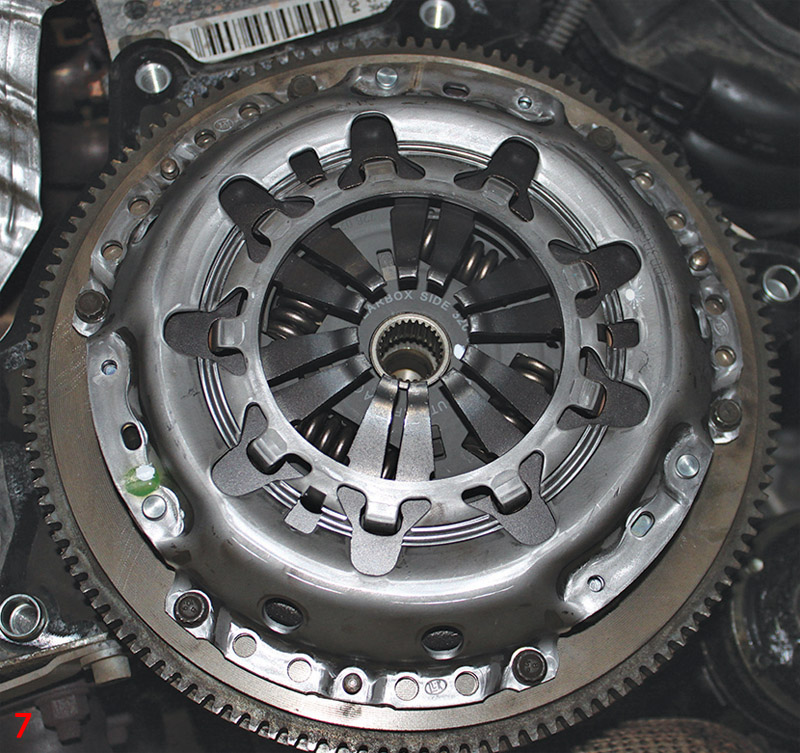 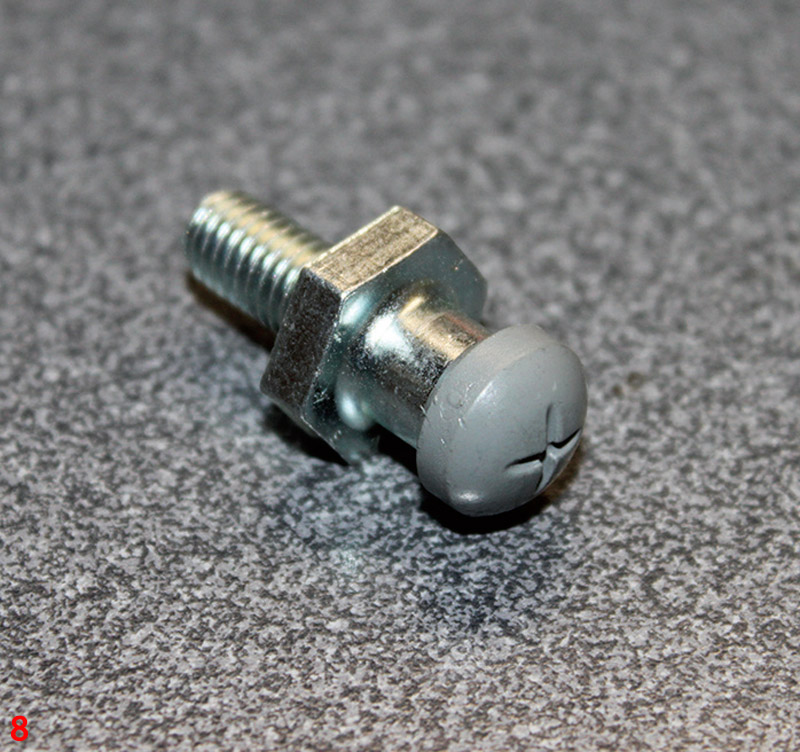 Ensure the gearbox alignment dowels are still installed correctly in the engine block and then refit the gearbox. Once secured in position, the free play on the release arm can be felt to ensure correct fitment before full installation is carried out in reverse order of removal. A new clutch slave cylinder was fitted at this point and the clutch hydraulic system was gravity bled, with torque bolts returned to the manufacturer’s specifications. Check and top up the gearbox oil level as required. Ensure all electrical items are reset after the battery has been connected, and finally, carry out a full road test to ensure clutch and gearbox operation are correct.

To get in contact with the Schaeffler technical hotline, call 0872 737 0037, or to find out more information on the LUK parts mentioned in this article, click here.
Tags:SchaefflerTech TipsTechnical