There’s no denying the huge increase in van traffic over the past few years. Now, confirmation of the rise of the van is revealed in a fascinating new survey on van activity in England, Scotland, and Wales by the Department for Transport (DfT), its first in-depth look at the sector since 2008. In the past 25 years, the number of vans on UK roads has increased by 93% to 4.1 million. Mileages have also increased – up 106% to 55.5 billion miles in 2019, although average annual mileage has remained stable at around 13,000 miles.

Given the light regulatory regime for vans up to 3.5 tonnes gvw (gross vehicle weight), it’s not surprising that there are increasing calls for van fleets to adopt the same approach to vehicle roadworthiness as truck and bus fleets. The huge increase in van use in the past decade has led to recognition that safety of road users and drivers requires the same regular maintenance and inspection routines already in place for trucks and buses, rather than rely on an MOT to confirm roadworthiness.

Reducing emissions from vans is a major element in the Government’s Road-to-Zero 2040 emissions-reduction strategy – vans have both higher utilisation rates and higher emissions than cars.

There has been a lot of noise about ultra-low emission vehicles (ULEVs) in the past year. 2020 has been a big year in the electric van market with a rash of new electric van launches from major manufacturers. How quickly this translates into meaningful sales depends on several factors, including availability post-Brexit and infrastructure capacity.

With rumours that the Government will pull forward the ban on the sale of diesel and petrol vehicles from 2040 to 2030, the survey reveals the sector still has a long way to travel in order to wholeheartedly embrace ULEVs.

There are implications for the aftermarket too; to reassure buyers, most OEMs are offering extended warranties on the battery pack, and workshops undertaking routine maintenance will need to upskill technicians.

According to the DfT, nearly all current vans are diesel-powered (96%). Of the ULEV vans, three-quarters were owned by a business and 75% of ULEV vans stayed within 15 miles of their base, compared to 50% of carbon emission vehicles.

A third of van owners (33%) did not consider the purchase of a ULEV, and nearly half (49%) claim purchase price as a factor. The other most common reasons being vehicle suitability (43%), availability of charging points (38%), and the cost/availability of purchasing one secondhand (33%). 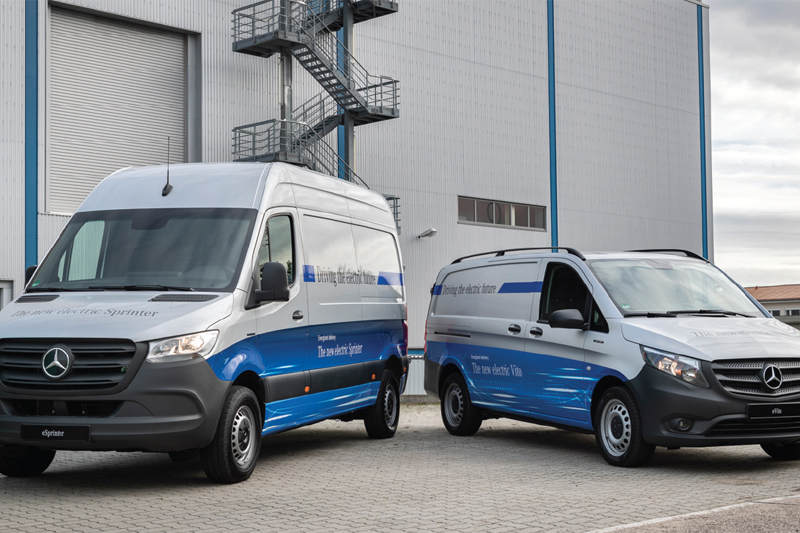 To encourage van users and fleets to adopt alternatively-fuelled vehicles, the Government has made three key concessions:

However, there are some restrictions that operators choosing to exceed 3.5 tonnes gvw need to understand:

Thefts from vans is on the rise, with tool theft a particular issue. Direct Line says that tools with a value of more than £23 million in total were stolen from vehicles in England and Wales between 2017 and 2019, with less than 3% of stolen tools returned to their owners.

The Driver’s Cargo and Road Transport (CART) Security Guide has been written in collaboration with experts from the RHA, DHL, RSA Insurance Group, Motorway Buddy, and the National Vehicle Crime Intelligence Service.

According to the guide, the main threats include physical attacks to vehicle doors, lock picking tools and electronic devices that are designed to override or bypass OEM systems, code grabbers, and key emulators.

Physical security should be first line of defence, say the experts. For example, a hook-type bolt now available as an alternative to a straight bolt that slides into a locking keep. Externally mounted locks that can be secured simply by pushing the lock cylinder home, but require a key to release them, are a good visual deterrent, and mounting a lock high up on the door makes it harder for anyone to peel-away the door from its top corners.

Home delivery companies should consider installing slam-locks on their van doors, says Locks 4 Vans. It ensures that only one of the vehicle’s doors can be opened at a time, and prevents the load area doors from being unlocked unless the cab doors are locked and the ignition is switched off.

For further details on the changes to licence requirements for AFVs, click here.
Tags:DfTEmissionsLCV