CVW speaks to Jack Spriggs, Sales Manager at Easystart, to find out more on the latest trends affecting Monbat and its range of commercial vehicle batteries.

Q. What is the origin of the Monbat brand?

Jack Spriggs (JS): Established in 1959, Bulgaria-based Monbat is a battery manufacturer, and is now one of the largest battery producers in Eastern Europe. With production and recycling plants in five different countries, the company uses modern technology in its Montana factory to produce its range of commercial vehicle batteries.

Q. Why should workshops look to Monbat for a battery solution?

JS: Monbat batteries are made of particularly pure lead, and the plates are large and compact. During production, the company uses a punch-plate machine and charging technique that individually cools each battery cell, which has the subsequent effect of reducing charging time. There are also vigorous computer and human checks at every stage of the production line for every battery that leaves the factory.

Q. What has the development of EFB batteries meant for the industry?

JS: For those who may not know, enhanced flooded batteries (EFB) are constructed with casted grid technology, which offers cycling performance, and provides a reliable energy supply during extended ‘engine-off’ periods. A polyester scrim is applied to the positive plate and a glass fleece separator is included to reduce plate erosion, which increases the life cycle of the battery as the active material is held in place, keeping the plates active for longer.

As EFB batteries offer cyclic capability, they can cope with the demands of overnight use, i.e. when a driver sleeps in the cabin. If the vehicle has a tail-lift or any other extra electrical equipment, such as digital displays, you will need the cyclic performance of an EFB. They are also suited to tackling the cyclic strain of frequent stopping, a common battery issue with buses. 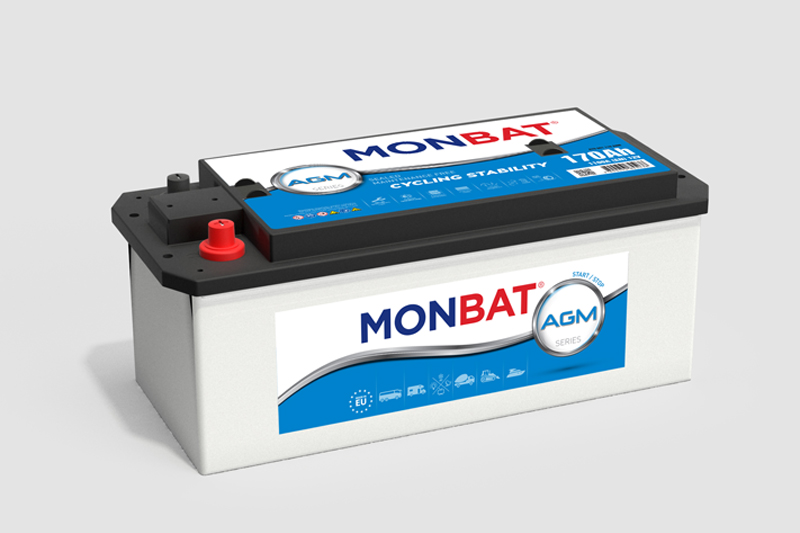 Q. What are common user errors that can’t be claimed under warranty?

JS: Undercharge; the battery must be charged after use. For example, on a motor vehicle, the alternator charges the battery once the vehicle has started and is running. A faulty alternator or exterior electrical drain, such as an alarm, will cause the battery to go flat and sulphate.

Fitting the wrong battery will result in poor performance and will prematurely kill the battery through no fault of the manufacturer.

Finally, if batteries are under severe strain from, for example, increased vibration, frequent stopping and starting, or powering extra electrics, the battery will be constantly cycled and will therefore wear out faster. Once worn down, or ‘sulphated’, it cannot be recovered.

Q. What is sulphation?

JS: When a battery is used, or cycled, it’s been discharged. If left in this state without charging immediately, non-conductive sulphate particles progressively cover the negative plates, isolating them from the electrolyte. This crystallisation means a lot of the energy intended to recharge the battery is needed to dissolve the sulphate, which makes charging less efficient. Eventually, extensive sulphation of the plates will kill the battery, as conduction through the plates becomes almost impossible. To avoid sulphation, ensure that the battery is fully charged after every use, no matter how small.