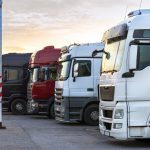 The RHA is again calling on the UK Government and EU authorities to focus on doing all they can during Brexit negotiations to ensure that fluidity for lorry movements across UK/EU borders is maintained.

It is clear that when the UK leaves the customs union and the single market, customs formalities will have to be introduced – there is no foreseeable way of avoiding this.

RHA chief executive Richard Burnett said: “Leaving the customs union and the single market will impose significant extra bureaucracy on businesses, resulting in friction and cost for all concerned. However, while extra costs for processing customs and other formalities are inevitable, these processes don’t have to interrupt the physical flow of goods.

“We expect businesses will be able to adapt to any new customs arrangements and systems to minimise costs and disruption to supply chains. But it is essential to have clarity on what will be needed to ensure fluidity across borders and sufficient time must be given to deal with the extra work involved.“

“Any reduction in service levels through supply chains will be catastrophic and punishing for business and trade. Businesses need to know that they can get the goods they need, when they need them.  Any uncertainty over transit times, through ports or over the Irish/UK land border and must be avoided.”

The RHA has noted comments from the EU Chief Negotiator, Michel Barnier that “frictionless trade” will not be possible after Brexit. He was quoted yesterday as saying, “leaving the customs union would in any case involve border formalities.”

This would be particularly damaging for companies that operate on a ‘just in time’ basis. For a manufacturer, this would mean keeping products in stock for three or four days instead of a few hours. The knock-on effects of which would be extra warehouse space rental, increased transport costs, thereby incurring a greater logistical risk.”

All businesses involved in the physical movement of goods by road need reassurance that this is a high priority during negotiations. We would also believe that addressing this issue has to a priority for the EU negotiators and Member States.