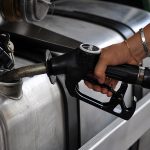 Commercial vehicle fleets are likely to be hit hardest by the backlash against diesel simply because of the lack of alternatives available, says FleetCheck.

The fleet software specialist says that the mainstream media commentary developing against diesel is often indiscriminate and frequently does not appreciate the strides made in reducing harmful diesel emissions in recent years.

Peter Golding, managing director, said: “You can barely open a newspaper without reading about the dire effects of diesel on air quality and this is starting to have an impact on buying habits, most notably in the 20% fall in diesel new car sales last month.

“Initially, this is only hitting older vehicles in terms of actual measures such as clean air zones, but it does seem inevitable that we are at the beginning of a long term trend where diesel is seen as ‘dirty’ and using a diesel vehicle will become less and less acceptable.

“This is more easily managed by car fleets because there are a range of viable alternatives but there are almost none for commercial vehicle fleets, with just a handful of petrol and electric models available in the van sector.”

Peter said that none of the available alternatives offered CV fleets anything like the same combination of durability, driveability, range and economy as diesel.

“The fact is that, if you measured these fuels in a logical fashion including emissions, then diesel would win out easily for most applications. However, we may be moving beyond a point where logic is being given due credence.

“It is not difficult to envisage a situation developing over the next few years where clean air zones and other legislative tools are used to target diesel commercial vehicles in a fashion that is less than fair.

“How this resolves itself is difficult to envisage. There are a few petrol CVs around and a smaller number of electric vehicles but nothing that could be used for a wide range of application.

“The main thing that we need to do as an industry – from fleet operators to motor manufacturers – is to fight back against the waves of misinformation that can be seen in the media. Otherwise, CV fleets could find themselves in an increasingly difficult situation.”