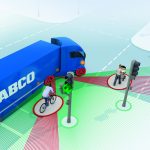 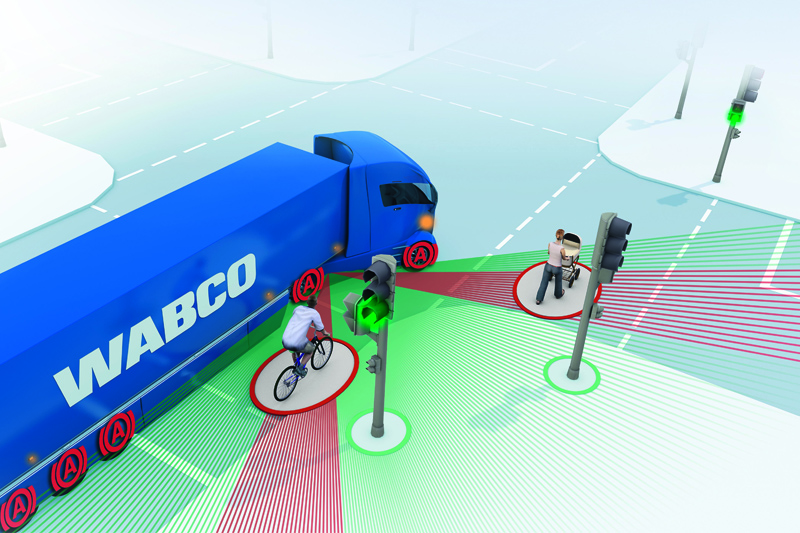 Air disc brakes play an essential role in pioneering driving assistance systems such as the OnGuardMAX emergency braking system or the OnCity Urban Turning Assist. This also applies to the platooning sector, as several trucks are driving closely together in a networked convoy. Brakes are required that deliver the highest braking performance at a constant level under all driving conditions. Air disc brakes, such as those supplied by WABCO with the MAXX portfolio, are therefore essential, according to the company. However, not only for technological development reasons but also from a legal perspective braking technology is important. In its White Paper on European Transport Policy for 2011, the European Commission defined the target to cut in half the number of fatalities in road traffic in the European Union (EU) by 2020 and move close to zero fatalities by 2050. Therefore, Advanced Driver Assistance Systems (ADAS) can help to considerably improve road safety, particularly during the phase where an accident can still be avoided or at least its impact mitigated. That’s why the European Parliament and Council mandated in its regulation 661/2009/EC the fitting of motor vehicles with various safety features in a phased procedure. In a first step, Electronic Stability Control (ESC) systems have been mandatory for all new commercial vehicles since November 1, 2014. In order to avoid the particularly severe accidents involving trucks and buses, ADAS such as a Lane Departure Warning System (LDWS) and Advanced Emergency Braking System (AEBS), became mandatory in November 2015. For new type approvals, first regulations already took effect back in 2013.

The new stage of the regulation, which took effect on November 1, 2015, on the following: Not only new type approvals, but all new registered medium and heavy duty vehicles with a weight of more than 3.5 tons need to be equipped with LDWS. The Advanced Emergency Braking System (AEBS) legislation is more complex and split in two steps, which mainly differ in terms of deceleration rate. In a first step, the regulation applies to heavy and medium-duty commercial vehicles, having a gross vehicle weight of more than eight tons, a pneumatic braking system and air suspension (rear axle or full air suspension).

In addition, Advanced Emergency Braking Systems monitor the forward environment, recognising other traffic participants, detecting an emergency situation, and activating the vehicle brakes in order to avoid or mitigate any impending collision. To meet the European Commission’s requirements for AEBS effective from November 2015 a haptic or acoustic warning to the driver needs to be provided no later than 1.4 seconds before the start of the emergency braking action.

The emergency braking phase should ideally result in not impacting a preceding moving vehicle and mitigating the impact on a stationary vehicle. According to the regulation, AEBS needs to avoid a collision of a vehicle driving with 80 km/h with a preceding vehicle driving at 32 km/h by a speed reduction of at least 50 km/h. In case of a stationary vehicle, for example a passenger car sitting at the end of a traffic jam, the system needs to reduce the speed by a minimum of 10 km/h at the time of the impact.

WABCO says its advanced emergency braking system OnGuardMAX complies with this legal requirement. It performs up to full braking when approaching both stationary and moving vehicles to bring the host vehicle to a complete stop, for example, when nearing a traffic jam. The system not only reacts to moving and decelerating vehicles ahead, but to stationary vehicles too