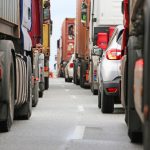 In a bid to reduce emissions produced by commercial vehicles, DVSA has announced it will be cracking down on operators using emissions cheat devices.

The new checks will target those who break the law and are designed to help improve air quality. In May 2017, the Department for Environment, Food and Rural Affairs published a draft plan to improve air quality by reducing nitrogen dioxide levels in the UK. This included looking at ways to reduce emissions produced by vehicles, including those used commercially.

DVSA’s enforcement staff, and its European counterparts,have found evidence that drivers and operators use emissions cheat devices to cut the cost of operating. These include:

Enforcement staff can insist that a vehicle is taken off the road immediately if they find a driver or operator is repeatedly offending. DVSA will investigate all Great Britain operators cheating emissions and pass the findings to the Traffic Commissioners for Great Britain, who have the power to remove operator licences.

DVSA will also continue to work with counterpart agencies across Europe, and further afield, to make sure that all offences committed by non-Great Britain hauliers are dealt with locally.

DVSA Chief Executive, Gareth Llewellyn, says: “DVSA’s priority is to protect you from unsafe drivers and vehicles. We are committed to taking dangerous vehicles off Britain’s roads and this new initiative to target emissions fraud is a key part of that.

“Anyone who flouts the law is putting other road users, and the quality of our air, at risk. We won’t hesitate to take these drivers,operators and vehicles off our roads.”

Transport Minister, Jesse Norman adds: “There has rightly been a huge public outcry against car manufacturers that have been cheating emissions standards, and the same rule should apply here too.

“We all need clean air in which to live and work. That’s why the government has committed more than £2 billion since 2011 to support greener transport.”

0 0 0 0
Previous : The Maintenance of Drawbars
Next : Trailer Tyre Servicing