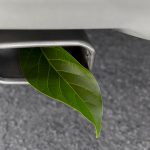 At a recent round-table debate hosted by emission control specialist, Eminox, industry experts discussed the future of alternative fuels in the commercial world. The consensus, it seemed, was that diesel has probably been unfairly hounded, yet the fact the move towards alternatives is gathering momentum is hard to ignore. In the passenger car arena, for example, influential figures such as Elon Musk and Richard Branson are calling for an expedited uptake of ‘electrification’, adamant that the 2040 aims of ‘zero emissions’ set by government are not ambitious enough.

However, while the technology is getting better, it would seem there are still many barriers in the way of government targets. When the debate turns to heavy duty vehicles, the barriers become higher, and wider. Battery power has its limitations for small cars, let alone bulkier trucks that run at a much higher load factor. The infrastructure needed to cater for charging purposes is huge, too. Many operators and drivers struggle to find suitable diesel refuelling stations, so the difficulty in implementing a national network of HGV electric stations cannot be overstated.

Another challenge to the pro-electric argument is that the environmental repercussions of actually producing all this extra electricity are not fully understood – or at least haven’t been adequately addressed. Whilst there’s no doubt that electrification would significantly reduce tailpipe emissions (i.e. the toxins directly produced from the running of a vehicle), research by Energy UK suggests that renewable energy sources currently only produce 20% of the UK’s electricity. Unless this figure significantly changes, the whole ‘environmentally-friendly’ argument hits a stumbling block.

Perhaps the most advanced of all vehicle types in the UK are buses. Of course, their adaptability to electrification is helped by the charging resources available at the ‘end of the line’, so to speak. Sadiq Khan’s recent announcement that 68 new electric double-decker buses are set to join the TFL fleet, making it the “largest double-decker electric bus fleet in Europe”, is certainly encouraging.

What about the alternatives, though? Electricity looks likely to be the ultimate goal, but until a ‘lightbulb’ moment happens, the industry needs a short-term alternative. As one commentator remarked at the round-table: “This is the route to zero, not the route to electric.” Natural gas, it appears, has serious potential to provide a workable solution. DHL Freight in Belgium, for instance, has recently purchased four Liquefied Natural Gas-powered Stralis trucks from IVECO. These long-haul trucks have a range of up to 1,500km and the technology can support a total tractor and trailer weight of up to 40 tonnes.

Let us not forget the hydrogen option, either. This technology has come on leaps and bounds in recent months. Solaris Bus & Coach has announced its latest generation of buses run on hydrogen fuel cells, while a Dundee bus firm unveiled a fleet of hydrogen buses in June, adding to the existing 12 it introduced in March.

There’s been a lot of government rhetoric surrounding zero emissions, but in reality, there is still a huge amount of work to be done. The diesel engine has proved a reliable workhorse for heavy-duty vehicles, so finding a straightforward, ‘one size fits all’ resolution is difficult at best. Operators will need to look at a variety of alternatives, and assess which option may work best for their purposes. The good news, at least, is that viable options are beginning to come to the fore.