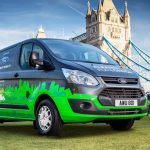 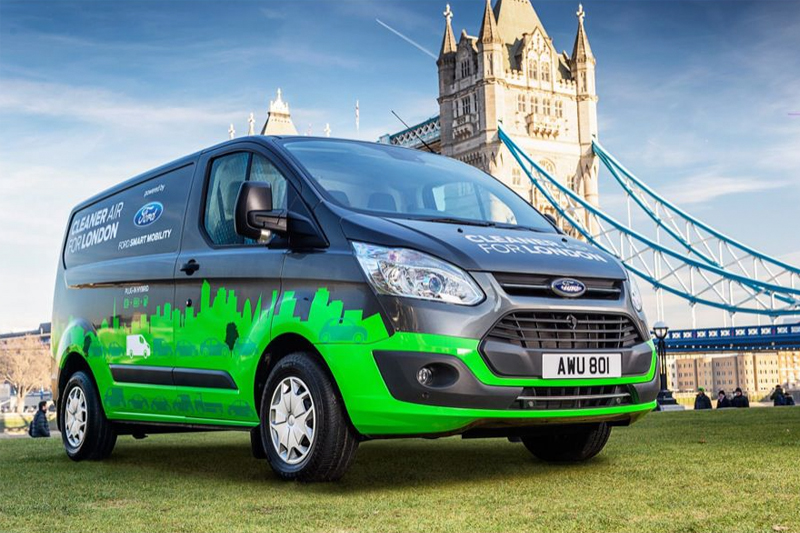 The first wave of fleets participating in the Ford Transit plug-in hybrid van (PHEV) London trial, starting this autumn, have been confirmed.

The project, supported by Transport for London, features a 12-month trial of 20 new Ford Transit PHEVs that reduce local emissions by running solely on electric power for the majority of inner-city trips.

Equipped with range extenders, the fleet is not limited by battery range, making them capable of the longer journeys that may be required by businesses and ‘blue light’ services.

The participating fleets represent a cross-section of city-based businesses which will integrate the Ford Transit PHEV vans into their day-to-day operations. Using a Ford telematics system, each Transit PHEV will collect data on the vehicles’ financial, operational and environmental performance to help understand how the benefits of electrified vehicles could be maximised.

The five fleets include the Metropolitan Police with two Transit PHEV vans: one marked for second response to traffic accidents and one un-marked as a forensic support unit. In addition, Transport for London will use three of the vans for freight duties.

Jiggs Bharij, head of fleet services at the Metropolitan Police, said: “The Metropolitan police are committed to a sustainable fleet of vehicles. We’re delighted to be working with Ford on this innovative PHEV Transit trial- working towards a cleaner London.”

Andy Barratt, chairman and managing director of Ford of Britain, said: “Over the past 50 years, the Ford Transit has been the UK’s favourite commercial vehicle.

“Our customers have always been at the centre of our development, so working directly with our fleets is vital in delivering an electrified CV that adds value to the many different businesses going in and out of our cities every day.”

In addition, Mark Harvey has been appointed director of Urban Electrified Van programme – a new position at Ford in the UK.

In the role, Mark will work directly with Transport for London, the participating fleets, and the Ford development team, to bring manufacturer, consumer and city together to better understand CV use in a megacity.

Harvey said: “I am delighted to be back on the Ford CV team. I have worked on the Transit Custom for four years, and it feels right to now be working directly with our customers again to find the best electrified CV solution for their business needs.”

He added: “CV use is incredibly varied from sector to sector, and the trial should give us some really interesting insight into how CVs are used across a range of industries in the city, allowing us, as a manufacturer, to better develop electrified CVs that work for the customers, whilst also improving air quality.”

Ford to launch the multi-million pound project this autumn; working with Transport for London and supported by the UK Government-funded Advanced Propulsion Centre.