MAHA UK’s dynamometers monitor performance levels, tuning, and diagnostic work for workshops across the country, but the company details how its extensive range of equipment goes the extra mile in the British Truck Racing Championship (BTRC).

Since the start of the 2019 season, MAHA UK has provided the BTRC with its ColumnLift RGA mobile column lifts to assist with the championship’s scrutineering. With the machines weighing in at more than five tonnes, the lifts, which are capable of lifting seven-and-a-half tonnes per column, are more than capable of doing the job. 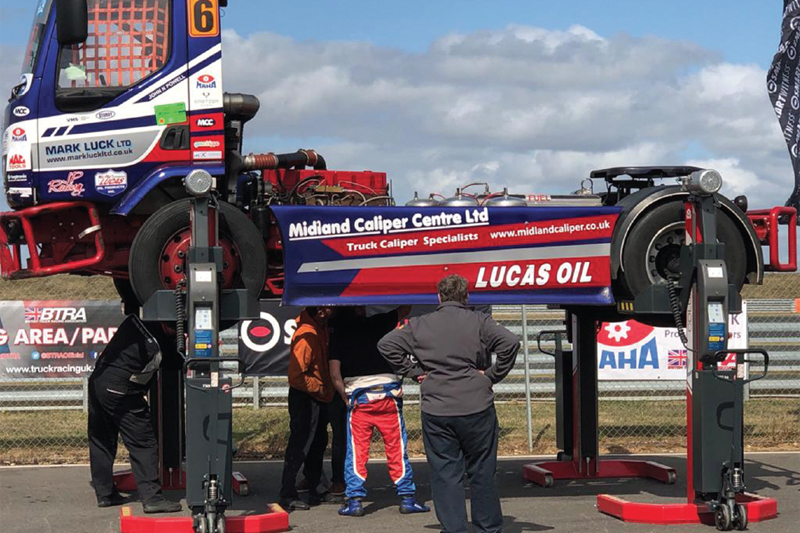 “The second is so the eligibility scrutineer can check that the truck complies with the BTRC’s regulations; for example, the number of cross members that are not always visible from the top of the vehicle, the prop shaft guard needs to be checked so it is the correct material and thickness, and the truck’s subframe, which has specific regulations, must be checked from both above and below the truck.

“The other added bonus is that while the truck is in the air, underside photographs can be taken, or eligibility seals can be attached easily.” 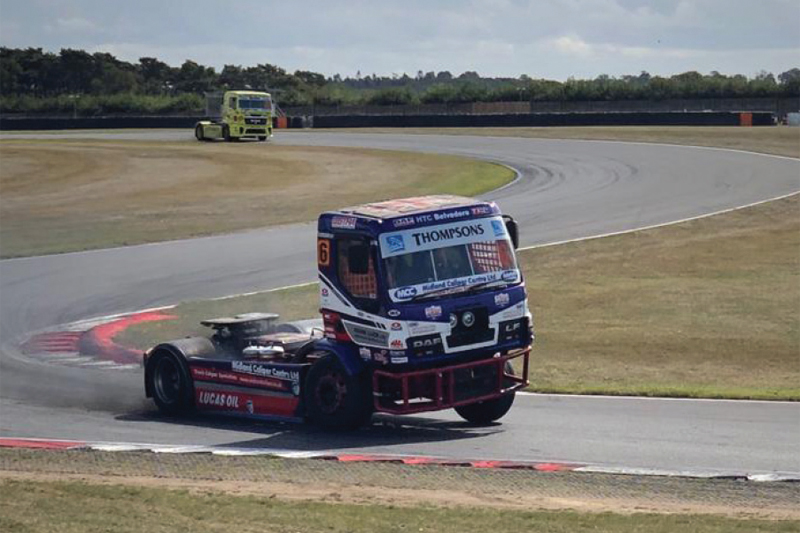 The Powell name is synonymous with the truck racing community, with John Powell Snr a pioneer of the sport back in the 1980s. Today, his sons are following in his footsteps and playing a significant role in the world of truck racing.

John drives a DAF in the class B category and boasts more than 25 years’ experience in commercial vehicle maintenance and repairs. He is also a committee member of the British Truck Racing Association (BTRA), working closely with the scrutineering team on some safety-related items and helps look after the day-to-day interests and well-being of BTRA members. 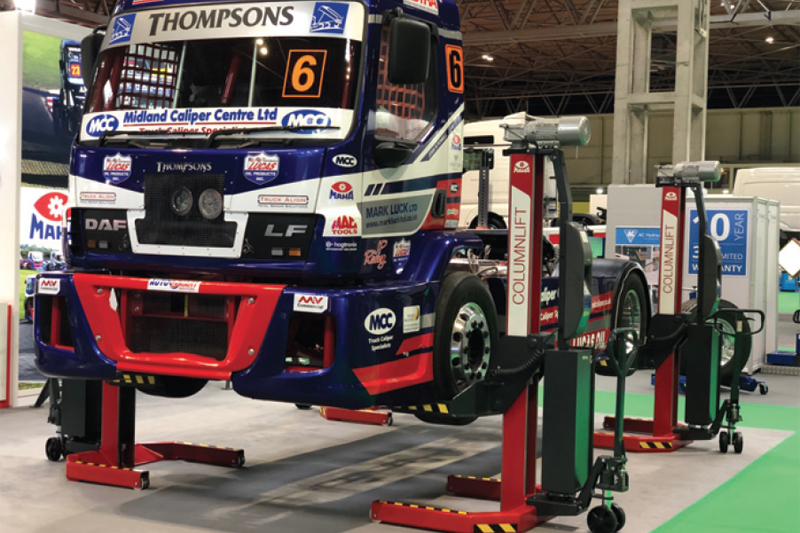 MAHA UK Managing Director, Neil Ebbs, says the relationship between MAHA and JP Racing has prospered for both parties over the years. He explains: “We were first introduced to John through an existing customer with a truck dynamometer, as he was looking for suitable equipment to test some new fuel. Louis spent the day with John, putting the trucks through their paces, and the relationship blossomed from there.”

Neil reiterates that MAHA UK’s commitment to the BTRC, BTRA, and JP Racing, is a collaboration that “helps keep the MAHA UK name out there” in motor racing circles and presents excellent marketing and hospitality opportunities.

He adds: “John has been kind enough to lend us his racing truck for exhibitions, such as the CV Show, which always turns heads and encourages people to the stand. We’re also able to host hospitality for customers, which, with fans now allowed to attend race meetings, is something we’ll be looking to take advantage of.”

For more information on the range of available products from MAHA UK, click here.
Tags:ComplianceMAHA