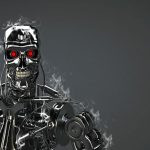 Rise of the machines

Congestion is the bane of any fleet manager’s life. It plays havoc with scheduling and fuel economy and can also badly affect the distances drivers are able to travel before needing to take a break. Be it an accident, breakdown, bad weather or just heavy traffic, the cost to haulage firms of being stuck in traffic equates to billions of pounds of lost revenue for the British economy.

A recent study by traffic data firm Inrix, suggests that the average UK driver spends around 31 hours a year stuck in rush hour traffic. When you multiply that by the amount of hours your fleet vehicles are on the road, the time lost will increase massively.

The UK is the world’s tenth most congested country and London is Europe’s second most gridlocked city, after Moscow. London’s motorists lost an average of 74 hours in traffic last year, while Manchester, Lincoln and Birmingham also ranked highly on the list.

To combat the issue the Government has pledged to invest a record £23bn into new road schemes and technology. One of the aspects being looked at is the cost of ‘last mile delivery’ and how it can be automated in the future. Currently, it is estimated that last mile delivery represents more than half of the total delivery cost, primarily down to the relatively low productivity cost of delivering small packages to custom locations, usually within cities. This is in stark contrast to long haulage in which large loads are transported along fixed routes. Humans delivering small amounts of small parcels in LCVs, or couriering them by bike may be fast, but it’s expensive. Change is underway though, with small unmanned robots set to provide a more cost effective alternative in the future. This would go some way to reducing the amount of traffic in busy inner city areas. However, all of that will take time, so in the meantime it looks like the daily headache of keeping your vehicles moving is going to remain.

On the subject of technology, I was interested to stumble across an article on the BBC website recently, which discussed the probability of various jobs being taken over by robots in the next 20 years. I suggest you take the results with a fairly large pinch of salt (maybe accompany it with a sizeable tequila if you’re under the age of 30) but the results showed that the job of ‘vehicle technician/mechanic’ stands a 65% chance of being automated in the future, while ‘managers and directors in transport and distribution’ comes in at 59%. The outlook is slightly brighter for independent ‘workshop owners and managers’ – there is only a 25% chance that you’ll be replaced by a machine, which is encouraging as I don’t hold out too much hope for humanity if robots start owning companies.

Naturally it would only be fair for me to run the algorithm on myself. Thankfully, there is only an 8% chance that you’ll be reading a robotic version of this column in the future. I say thankfully, because I was recently handed a copy of Stylist magazine, which boasted that its 400th edition was a ‘robot takeover’. Whilst much of the issue was surprisingly on point, the editor’s letter was a little ropey and robots certainly need work when it comes to photography, and applying makeup. Food for thought though…

Hopefully CVW can be your version of Arnie’s Terminator and continue to provide you with the technical and business information to help combat the Rise of the Machines.

0 0 0 0
Previous : Supporting the Fleet
Next : Scotland’s HGV drivers should be applauded, not pilloried says RHA