Andrew Goddard, Chairman of the Verification of Lubricant Specifications (VLS), details the upcoming changes to the EU Green Deal and its potential impact on the lubricants sector.

In December 2019, Ursula von der Leyen, the recently-elected President of the European Commission, unveiled plans to accelerate the European Union’s movement towards becoming a climate-neutral continent by 2050.

Part of this deal enshrines carbon neutrality in European law, extends the existing Carbon Emissions Trading System to include marine and phases out aviation’s preferential allowances, reviews the Energy Tax Directive, and introduces an Industrial Strategy to further reinforce a circular economy.

At the moment, the main impact upon the lubricants sector is likely to be through the review of the Energy Tax Directive. Lubricants are currently included in this, but at a zero rate as they are typically not expended in application, unlike fuel, which is converted into energy and emissions.

Lubricants could also be impacted by the introduction of a planned Carbon Border Tax based on the carbon content of products. Depending on the scope of the definition used, current World Trade Organisation proposals upon which the tax would be based focus on carbon-based fuel and the use of a tax to regularise the impact of carbon-reduction measures across countries in order to reduce emissions.

This could mean that used lubricants being exported for re-refining or imported into the EU as finished lubricants, base oil, or additives could become subject to a carbon border tax. The taxation of energy products is seen as one of the ways of achieving emissions targets, and the Council recognises that taxation does impact the price of energy products.

The European Automobile Manufacturers’ Association (ACEA) recently launched the EU auto industry’s ‘10-point plan to help implement the European Green Deal’, in which the 16 major automobile manufacturers set out how CO2 emissions can be further reduced in the most effective way. ACEA believes that carbon-neutral road transport is possible and can be achieved by 2050, but it will require significant and lasting change over the next few decades.

Michael Manley, ACEA President and CEO of Fiat Chrysler Automobiles (FCA), comments: “Firstly, we believe in choice for all. Policy makers should help drive the best possible results by remaining technology neutral – in other words, without imposing specific technologies or banning vehicles that can still deliver CO2 reductions.”

This view is in line with the view of UNITI, the German Federal Association of small and medium sized mineral oil companies, which says that to date, the political response to the climate change problem has been “all electric”, with a one-sided debate on efficiency and effectiveness between electric passenger cars and combustion engines. 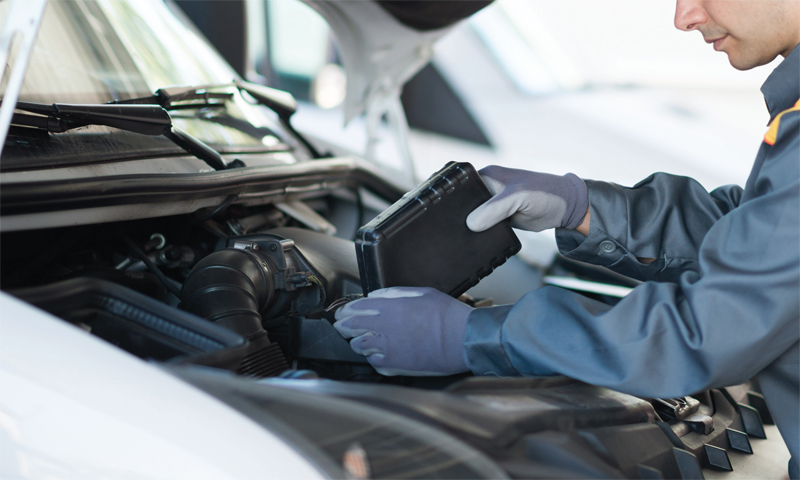 ACEA says that a dense network of charging points and re-fuelling stations – suitable for cars and commercial vehicles – must urgently be rolled out across the EU to support the deployment of alternatively-powered vehicles. This is one of the single most important enabling conditions for achieving carbon neutrality, according to the industry.

The challenge for OEMs is to fund significant investment in new technology for zero-emission vehicles, whilst forecasting a decline in volume sales. The average age of vehicles on both the UK and Europe’s roads is already increasing due to the impact of the 2008 recession, low economic growth, and Brexit uncertainty.

New low-emission technologies are expensive and are likely to remain so as further innovation is required. But, if OEMs pass these prices onto consumers, the take up of new vehicles is likely to be delayed further.

“Above all, we believe that road transport and mobility must remain affordable for everybody, regardless of where in Europe they live, or their financial means. Likewise, the European Commission’s Green Deal should also be used as a means to strengthen the global competitiveness of our industry,” continues Michael.

Government incentive schemes could have a major impact on users of both cars and commercial vehicles, such as The Mayor of London’s recent announcement of funding packages to help HGV operators upgrade to less polluting vehicles.

Details are still being finalised, but it is expected it will be in the form of a grant of around £15,000 for each polluting lorry, up to a maximum of three vehicles. In addition, the current van scrappage scheme grant will be doubled, with operators receiving £7,000 towards buying a cleaner van.

UEIL, the Union of the European Lubricants Industry, is leading the policy work on the review of the EU Energy Tax Directive. UEIL represents over 450 companies and 100,000 employees in the lubricants industry in Europe, with a special focus on SMEs and independent companies that produce lubricants and metal processing fluids.

UEIL’s position is to retain the status quo in having lubricants included in the Energy Tax Directive but at a zero rate, which is a precedent already accepted by European policymakers. Any change to this would significantly impact the price of lubricants throughout the EU.

Whilst lubricants have a role to play in helping to solve the emissions issue, lubricants themselves are not the problem. They can be part of the solution in supporting energy efficiency, reducing emissions, and conserving fuel.

But what of Brexit? The Green Deal may be irrelevant for the market once the UK has officially left the EU at the end of the transition period on December 31st, 2020. Although, the UK Government has signalled its intention to retain its existing carbon reduction commitments and align closely with the EU on climate change.

Exports into the EU will also need to continue to abide by the region’s regulatory framework. Other questions like the UK’s continued involvement in the EU’s Carbon Trading System are still unanswered.

The Verification of Lubricant Specifications (VLS), the independent UK trade body that verifies lubricant specifications, will continue to work closely with UEIL to maintain the zero-tax status of lubricants, and communicate the impact of the Green Deal to everyone involved in the lubricants industry.

To read the EU briefing on the Green Deal, click here.
Tags:FuelsLubricants & AdditivesVLS