Carl Jones, Director at Winnard, discusses the company’s brand awareness and quality campaign, and advises customers who believe they are buying Winnard products to check that it’s Winnard inside the box.

Winnard has a long history in disc brake design and manufacture. It started manufacturing the component in the 1950s, with disc brakes for a prototype double-decker bus, the BMMO D9, operated by Midland Red Services.

While the company may no longer manufacture heavy-duty disc brakes in the UK, that doesn’t mean it has lost its engineering or design expertise. On the contrary, Winnard carefully controls the design and engineering quality both at its manufacturing facility and in the UK.

All Winnard brake discs are manufactured to the company’s own engineering drawings and specifications. Its production facilities are ISO TS16949 approved and have been audited by the UK’s Vehicle Certification Agency. As an additional control measure, Winnard examines each production batch when they arrive at the warehouse to ensure they conform to the company’s specifications. It checks and records the dimensional results of every delivery and monitors supplier performance to ensure consistent quality. 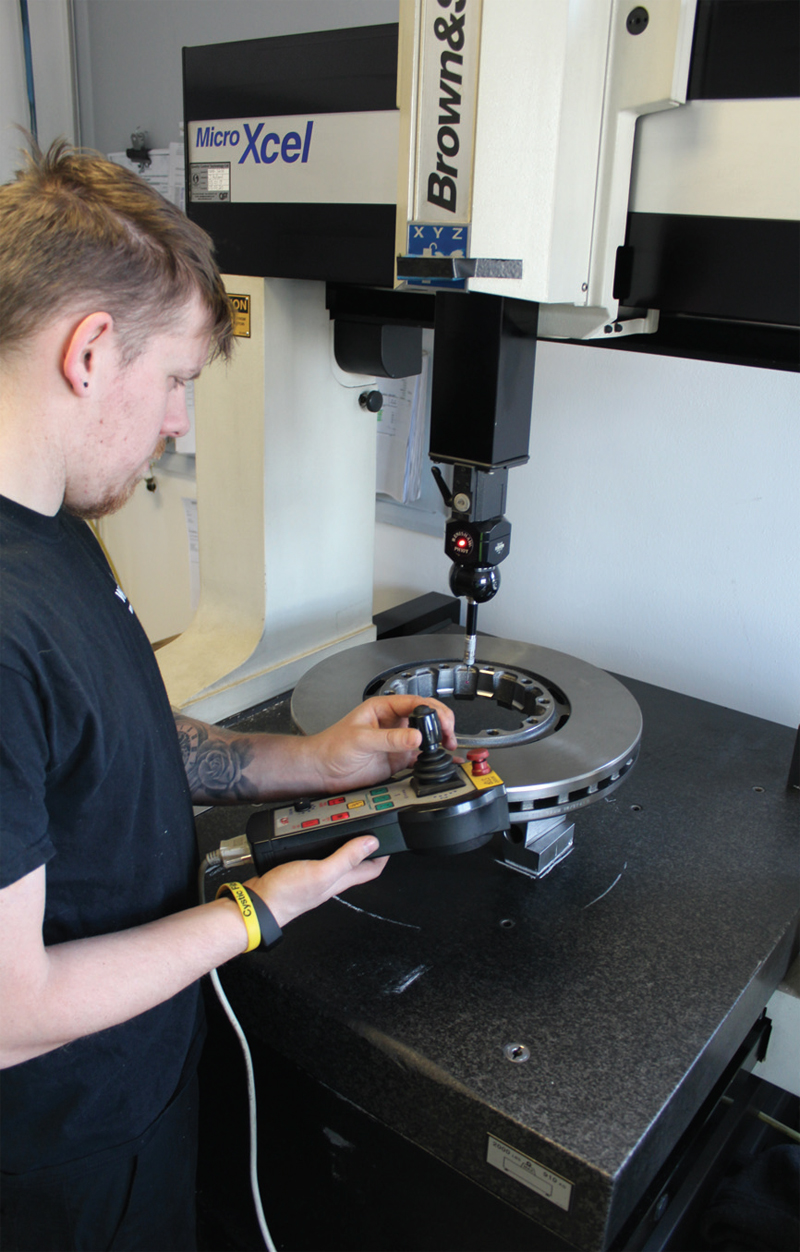 The vast majority of Winnard brake discs are approved to the ECE R90 standard, with tests conducted at an independent UK test facility allowing them to have the E11 marking. These tests involve both the dimensional and material comparison to the Original Equipment (OE) part, and stringent dynamometer and on-vehicle performance checks for deceleration, fade and thermal capability.

Winnard’s engineering expertise and market experience also helps it to solve some in-service issues. For example, the company has recently re-engineered the cast iron ABS rings found on some older brake discs and replaced them with a bolt-on milled steel design. This design has been created to counteract the corrosion that cast ABS teeth are susceptible to; corrosion that can cause ABS sensor faults and premature disc replacement. The new design helps to reduce the level 0f decay, increasing the brake disc’s operational life.

Every Winnard disc brake will be delivered in a Winnard branded box with ‘WINNARD’ clearly written in black-and-white. Please note: The company does not supply disc brakes in any other box; if it doesn’t say Winnard on the box, it’s not Winnard inside the box!

0 0 0 0
Previous : Made to fit
Next : Remanufacturing: an economical solution