BPW’s Customer Services team is frequently called upon to aid in the diagnosis of trailer braking system problems. In the first of a two-part series, the company provides CVW with insight into its standout cases.

Very often, the clues to the cause of a problem lie in the condition of the friction material (brake linings or pads) or on the friction surfaces of the drums or discs. Sometimes the symptoms for both drum and disc brake faults can be similar, but it is important to bear in mind that disc brakes run hotter than drum brakes, so there will be some variation between the two systems. What follows is a collection of the most common problems that we encounter.

A trailer is presented for its annual MOT test and fails on brake performance. The driver has not complained about poor brakes.

The first thing we would do is look at the condition of the friction material and friction surfaces. In most cases, the friction surfaces will appear shiny with the friction material exhibiting very little wear for the mileage that the vehicle has covered (there may also be a sheen on the material surface). This is a classic case of brake under-utilisation, sometimes referred to as glazing. With endurance braking (retarders and engine braking) included as standard on most modern towing vehicles, this is now a very common problem. With EBS systems, the towing vehicle has control of the braking balance between the tractor and trailer.

People often ask why this case occurs at MOT time when there has been no prior complaint of poor braking. The answer lies in understanding the braking pressures involved. When driving normally, the brake pressures delivered to the brake chambers are below 2 bar for 95% of brake applications. Even when carrying out an emergency stop, the pressures are no more than 4 bar, and during a brake roller test, the pressures are taken right up to 6.5 bar. It is at these higher pressures that the underutilization effect takes place.

Occasionally, we still come across cases where the vent plug bungs have not been removed when the brake chambers have been fitted to the foundation brake. This is especially troublesome with disc brake axles, but can cause problems with drum brake axles, too. Depending on which plugs have been left in place, either the low-pressure housing can retain pressure, causing a binding brake or a residual vacuum in the housing, which has to be overcome by air pressure before the brake can be applied. It is this latter case which will manifest as under-utilisation. 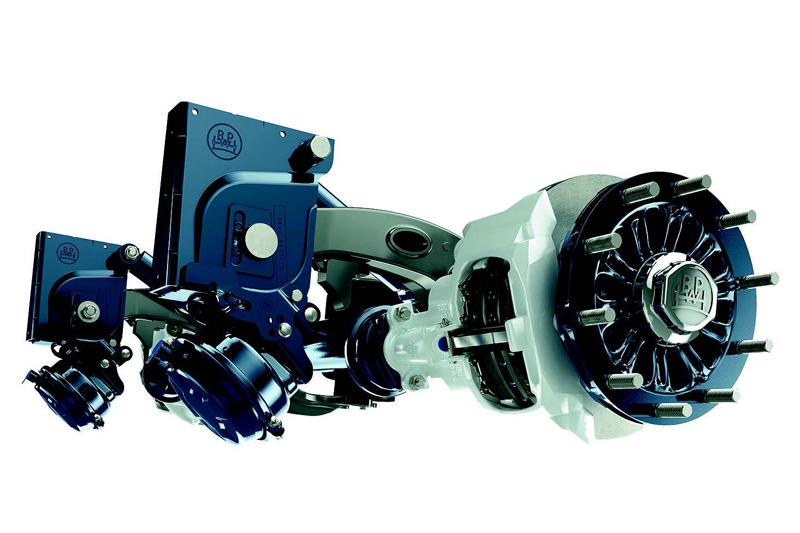 The Customer Services Team receives a telephone call from a customer complaining of brake issues – normally poor brake performance. In these cases, the driver has usually reported the problem. The trailer is two to three years old.

The clue here is that the brakes have performed well until now, and the owner is asked what has changed, whether there is a new driver or a new towing vehicle, or whether the trailer is being used for different types of work. The normal response is that nothing has changed, but that they relined the brakes a little while ago. Further investigation discovered that different or non-original linings had been fitted and this had upset the brake balance. During friction material design, the coefficient of friction is balanced to the metallurgy of the friction surfaces and any deviation in these two components can cause problems. Don’t forget! During the manufacture of the trailer, a set of brake calculations are carried out using the known parameters of the OE specifications of the friction materials. If these parameters changed, then the brake performance will also change.

A customer has suffered with under-utilisation, and has overcome the effect of this by fitting a different type of brake lining – one with a higher coefficient of friction. All has been well for the first few weeks or months, but then problems arise.

The heat generated by the higher coefficient of friction has caused the friction materials’ surface temperatures to rise, which has led to surface cracking. Some surface cracking is normal and it is continually removed by the natural action of wear in the friction components. However, if cracks are generated too rapidly, they can form long cracks which propagate through the brake disc or drum. In these cases, the friction material will start to disintegrate because the resin that bonds the material together has been drawn out and burned off. The remedy is to replace the friction material and the drums or discs if they are too badly damaged, and then to investigate why the under-utilisation occurred in the first place. 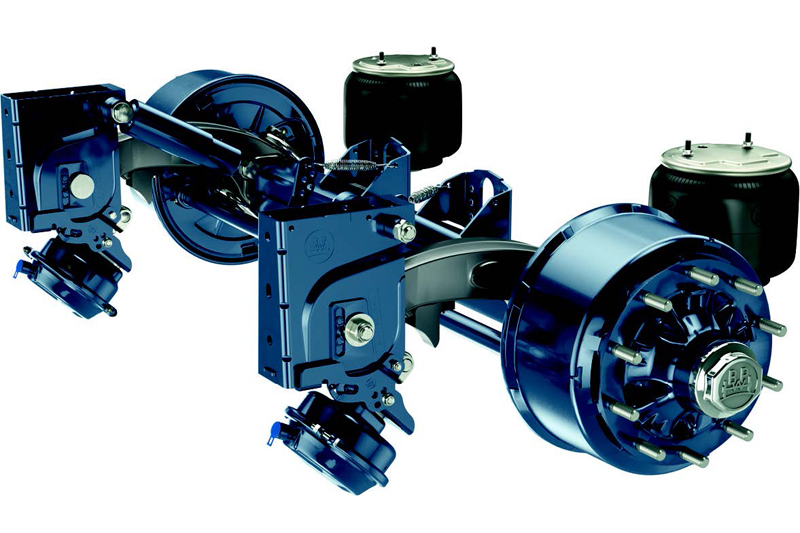 The customer has called to say that the brake linings or pads are burning out due to excessive heat.

The brake pressure control settings in the ECU are then checked, and if BPW has carried out the brake calculations, the parameters are checked against those on the calculation sheet. The onboard data is then downloaded and checked for evidence of overloading, speeding,

ABS cycling, roll stability activations and prime mover ESC (Electronic Stability Control). ABS cycling, where the ABS system continually sends test pulses down to the brakes because of high cornering speeds, can be a problem. In cases where none of the above checks reveal a reason for the high component wear, we may then have to resort to more high tech testing to determine the tractor/trailer braking balance.

BPW has developed its own testing equipment to measure this. ECE regulations require that the EBS prime movers must allow static threshold testing, but we have found this unreliable. The towing vehicle and trailer are installed with pressure gauges, temperature gauges and accelerometers, and data is fed back to a laptop computer in real-time as the vehicle is driven on a typical route. Later, the data is analysed and imbalances in braking are identified. When the cause of the problem is found, we can then work with the tractor manufacturer and resolve the issue.

Causes of trailer brake problems can be largely split into three areas:

0 0 0 0
Previous : RHA reveals biggest concerns for hauliers
Next : Does it really need a new ECU?