Autolift talks about how it has handled its transition into new ownership and how it aims to assist commercial vehicle workshops.

Autolift was established in 1999, before being purchased by Neil Smith ten years later and moved to its current site in the Midlands. Neil recently retired from the business and his son David and daughter Emma have taken over the running and ownership of the business since the beginning of the year.

The small but dedicated and knowledgeable team are excited for the future of the business that has been able to increase production significantly over the last 18 months despite the unpredictable climate currently in the world.

Autolift specialises in the design and manufacture of commercial vehicle pit jacks, jacking systems, and jacking beams. Its equipment is ideally suited for the workshop maintaining HGVs, trucks, and PSV vehicles. 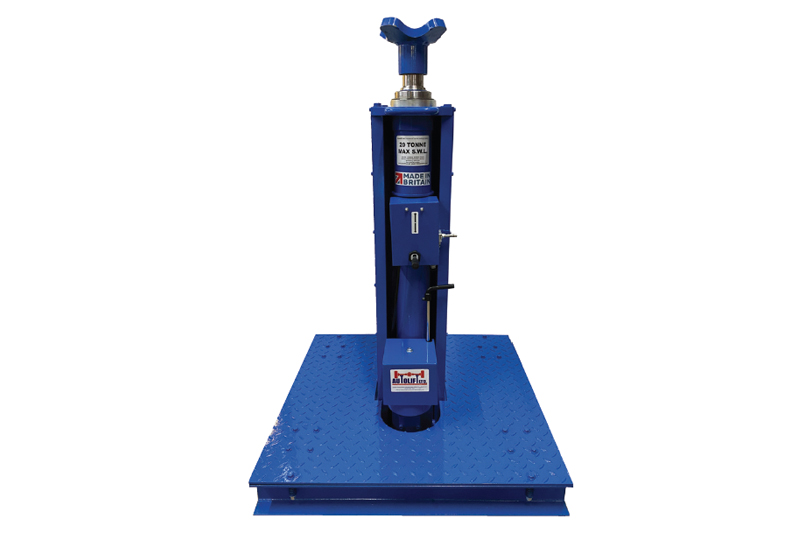 The company has, for over two decades, been designing and manufacturing reliable commercial vehicle pit jacks from 13 tonnes through to a 40 tonne model, and it offers both twin- and single-ram models.

Autolift manufactures a range of pit jacks, free standing jacking beams, and component parts at its UK facility, and only uses UK suppliers, which has allowed it to keep significantly shorter production lead times than its competitors, some of whom cannot supply jacks until next year.

The most popular product is the 20 tonne capacity twin-ram pneumatic pit jack, which offers a lifting stroke of 400mm. This can be lengthened further as Autolift offers a wide range of extensions and accessories.

There are number of built-in safety features on the jack: a dead man’s handle which must be used in conjunction with the lowering valve to prevent accidental lowering, an anti-burst valve in each cylinder, and 90 degree isolation valves, which are locked when the desired lifting height is reached.

The latter provides easy visual confirmation that the jack is locked off and also allow each cylinder to be operated independently. A security strut system is also available as an extra for all models which adds an extra layer of security to the already extensive safety features built in as standard.

Autolift can provide pit jacks covering a pit width range of 750mm up to 1600mm on a traditional four roller wheel system or the option of a spring-loaded wheel system – these retract when the jack is under load, locking its position. Further advantages include chrome-plated rods and the latest seal technology to ensure a long and trouble-free life. 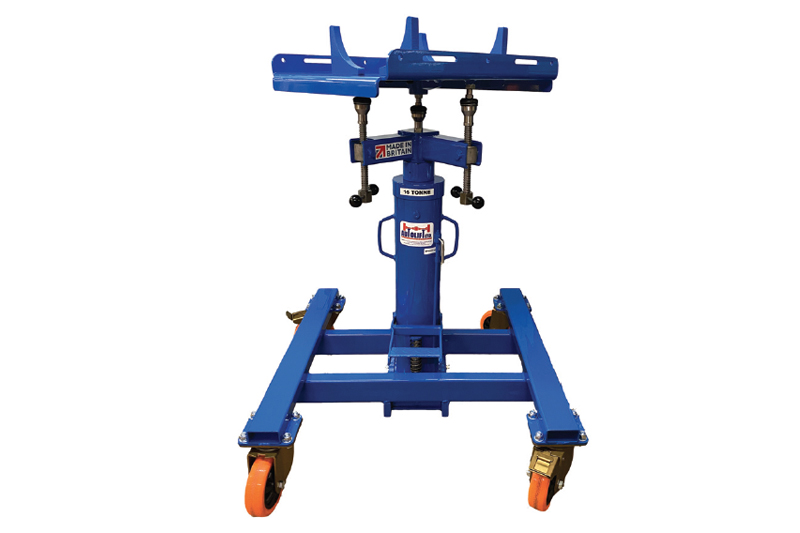 Further models in the range include 15T and 20T capacity floor jacks, which can either be used under a four-post lift or run along the pit floor instead of a conventional jacking beam running on pit edge rails – with a lifting stroke of 750mm, minimum height of 1,200mm, and maximum height of 2,000mm. The lifting cylinder is mounted in an 800mm square sprung base and is easily moved on four castors which retract on loads above 600kg so the unit sits solidly on the floor.

Also available is a heavy duty 1.5 tonne manual transmission jack, designed and manufactured for use in a pit or under a four-post lift, for use when removing and installing engines and gearboxes. The company is currently developing an air-assisted version which it hopes to release in the next couple of months.

All Autolift pit and garage equipment is robust, safe, and reliable, providing a comprehensive solution to all vehicle lift and pit jack requirements with each jack coming with a five-year warranty and test certificate shows its conformity to relevant regulations. The company also provides a professional aftersales service and helpline to give guidance to customers for spares, fitting, or maintenance.

For more information on how Autolift can assist with your workshop requirements, click here.
Tags:AutoliftSpecial Report