Turbocharger distributor, BTN Turbo, offers advice on how best to replace a faulty turbo in a Ford Transit.

Ford Transits are workhorses that are often pushed hard day after day. So, when a customer’s Transit comes into your workshop for a turbo replacement, you know they’ll want it back on the road as soon as possible. They certainly won’t want the replacement turbo to fail soon afterwards. That’s why BTN Turbo has issued a critical instruction specifically for this job.

With over 40 years in the turbocharger business, BTN Turbo has collected masses of useful information from vehicle technicians, factors, and turbo manufacturers, and the company freely shares essential fitting advice via critical instructions.

The turbo used on the Ford Transit 2.2, 2.4 and 2.5LD is a robust unit, but, like all turbochargers, it relies on a constant supply of oil. If that supply fails, the turbo bearings will quickly suffer irreparable damage and the turbo will fail. 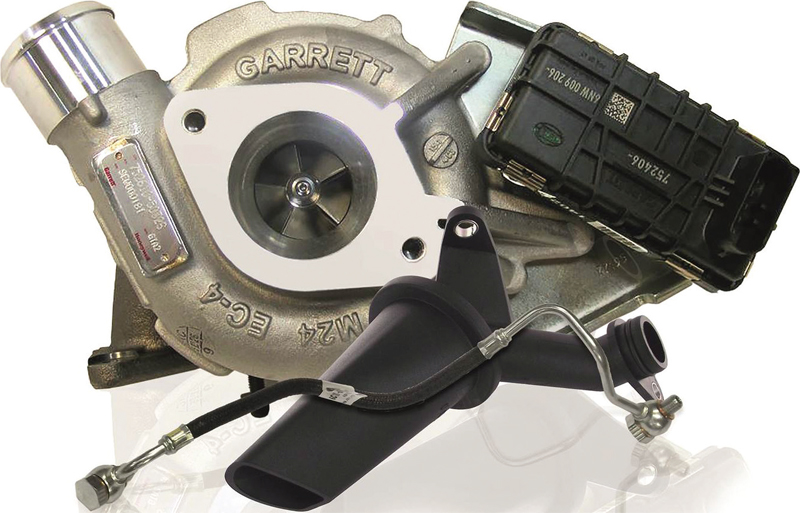 The reason for this preventative action is that most failures of this turbocharger are caused by abrasives in the oil system or restricted oil feed. Replacing the old oil feed pipe and strainer with new parts helps ensure that the turbo receives the quantity and quality of oil it needs to protect it and maintain performance.

It’s worth remembering that an estimated 95% of all turbo failures are caused by oil related problems. Oil starvation due to a restricted or completely blocked flow and contamination from foreign bodies, such as carbon in the oil or using the wrong grade of oil, are the main offenders.

The Transit turbos covered in BTN Turbo’s critical instruction are just some of several units that are particularly prone to blockages in the turbo oil feed pipe. That’s why the company now offers a range of oil feed pipes that should be fitted when replacing a turbo on those vulnerable applications. The range includes feed pipes for the Transits affected.

When you need to replace a turbo, BTN Turbo will help get it to you fast, with over 2,500 part numbers available and more than 18,000 turbos in stock ready for next day delivery. BTN Turbo is a leading UK distributor for all the major manufacturers, including Honeywell Garrett which is the original factory fit on Ford Transits.