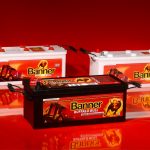 Lee Quinney, Country Manager at Banner Batteries, discusses the various causes of battery failure and considers why technicians would benefit from gaining a better understanding.

Vehicle downtime remains the scourge of all transport operators. And whilst it’s always going to be impossible to protect fully against mechanical failure in parts, particularly when on the road and moving, this shouldn’t be the case when it comes to powering up a commercial vehicle in the first place.

Yes, you‘ve probably guessed it; it’s all about looking after the humble battery and understanding why they can fail. By doing so, CV technicians, whose job it is to quite literally keep the wheels of industry turning, can sleep easy, safe in the knowledge that as long as the heart keeps beating, service should remain at full health.

It all starts with product quality. As it’s the heart that keeps every human on the move, if it comes to needing a new one would you settle for second best? The answer is, almost certainly, no. The same, therefore, should always be the case with the CV’s heart – its battery.

Sticking with the human heart analogy for the time being, most people recognise that this vital organ is one of the body’s biggest muscles. The same also applies to the battery and its most important constituent part – lead. The mean weight of a premium OE brand battery when compared to that of a private label product of the same size and specification is a good quality indicator.

In today’s cutthroat world, some manufacturers limit the amount of materials used in battery construction to reduce cost. And as the most costly material used, such batteries often have smaller, thinner and fewer plates, all of which reduce reliability, specification, performance and lifecycle.

In batteries manufactured in this way, delivering the specified power is often achieved by increasing the acid concentration in the electrolyte used. This too has a direct and detrimental bearing on both performance and lifespan. As longevity comes from striking a careful balance between plate numbers used and acid strength, using a greater concentration creates a sticking plaster effect, as increased internal corrosion will result.

To be clear, the three definitive phases of a battery’s life cycle, Formatting, Peak and Decline, are all compromised when plate numbers and lead content are reduced, and acid strength increased. The Causes of Failure

As is the case with the human heart, battery wear and tear is a natural phenomenon whilst in service. A battery loses a small amount of its ability to supply current (CCA) each time it is cycled. The deterioration of a battery caused by wear and tear can be best explained as follows: A battery in good condition but in a discharged state will be able to supply specified levels of CCA when fully charged. A battery that is in poor condition has a corresponding reduced ability to supply CCA but will still indicate a fully charged state.

The good old weather has its part to play when it comes to battery performance, as all transport operators know only too well. Starting performance in cold weather conditions is normally associated with battery plate ageing and deterioration, reduced chemical reaction speeds, and greater starter motor power requirements. Charging system efficiency is also reduced.

On the temperature front, whilst at ambient a fully charged battery has approximately 100% of its power available for cranking, this drops to 66% at 0 ºC and 40% at -20 ºC.

Equally damaging to a battery’s health is hot ambient and under bonnet temperatures, as these lead to accelerated battery ageing, plate corrosion, and increased self discharge rates and electrolyte use. A 10 ºC rise in battery operating temperature doubles the self discharge rate from approx 0.1 to 0.2 volts per month.

A natural element of battery discharge, this process coats the battery’s plates in lead sulphate (PbSO4) when it reaches 12.40V and below. It is normally attributable to poor stock control and recharge procedures, and undercharge conditions that usually emanate from loose drive belts and/or the existence of high resistance in cables and terminals.

If a battery is quickly recharged, the lead sulphate is displaced from the plates and the battery will perform normally, however for those allowed to stand in a discharged state (<12.40V) for a period of time, the deposits on the plates can crystallise and harden, which reduces battery performance.

This condition prevails when acid in the electrolyte solution concentrates at the bottom of the battery cells. In general it occurs if a battery is kept at a state of charge (SOC) below 80% and never receives a full charge.

It is more common in the cold months as it not only becomes more difficult to charge a battery due to its large thermal mass, greater internal resistance increases the time required for it to become fully charged. This is also exacerbated by short driving periods and distances.

Overcharging prevails when a vehicle charging system is not operating correctly. This causes the battery to not only overheat and for the electrolyte to evaporate, but buckling and accelerated break up of the active plate material and grids can also occur. An overcharged condition can normally be identified by low electrolyte levels, black coating on battery filler plugs and a strong smell of hydrogen sulphide.

Undercharging, which occurs if a battery fails to return to a fully charged state, is equally as damaging as the process results in slow plate sulphation. It is associated with vehicles that are only being used for short journeys or start/stop urban drive cycles, where alternator voltage is low (13.60 to 13.80 Volts) or the drive belt loose, and when cables are worn and exhibit a high resistance.

Within the last category of the battery failure culprits we have short circuits and dead cells that are seen typically within a 12-month service period. They can be categorised as follows:

Internal breaks, on the other hand can be identified if a battery has good SG readings in each cell, but no open circuit voltage reading.

In order to be able to protect against failure, understanding why things can and do go wrong is imperative, and when it comes to the CV battery there’s no exception. It’s all about adopting a healthy attitude and one that can be quickly drawn upon when faced with having to deal with what will always be one of life’s inevitabilities.