The components are suitable for most of the power units used in popular DAF, Iveco, Mercedes-Benz, MAN, Scania, Renault and Volvo applications, the company announced.

Nitrogen Oxide (NOx) sensors monitor the level of nitrogen oxide being emitted by the diesel engine powering the associated truck, bus or coach etc, to ensure its compliance with UK and European Union Euro 5 and above engine emissions regulations.

The NOx sensor comprises of a probe, which is screwed into the exhaust system, and a control unit that plugs into the vehicle’s electrical system through an electronic control unit (ECU) – these are connected by a cable to form the sensor assembly. The sensor is installed so that the exhaust gas flows across the probe element and is used to recognise the level of nitrogen oxides present in the exhaust gas.

The NOx sensor is an important component in the post-treatment system to reduce NOx, which is used in diesel vehicles with ureabased SCR systems. The sensor enables compliance with the emission values starting from Euro 5 engines-onwards. Consequently, the NOx sensor guarantees an optimal dose of a reducing agent, such as AdBlue, by the engine system, which brings about an effective reduction in nitrogen oxides, that are harmful to the environment. If the SCR system has an upstream and downstream NOx sensor, the downstream one has the task of monitoring the effect of the SCR catalytic converter. 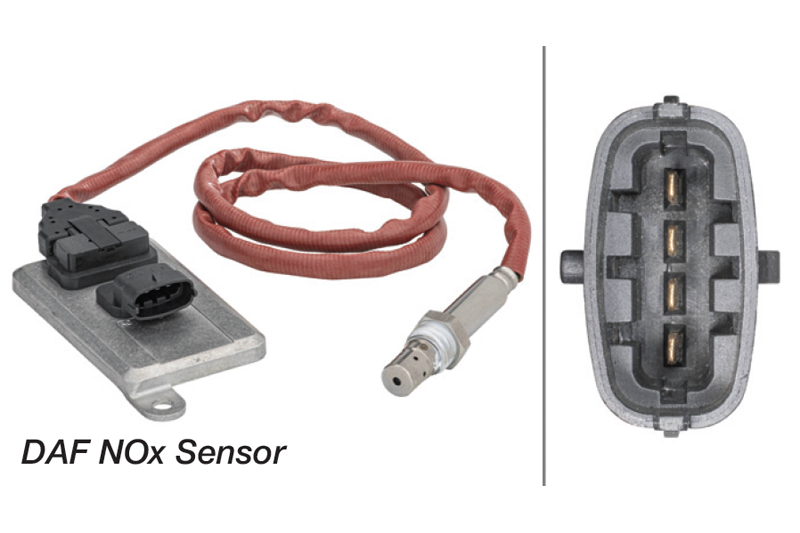 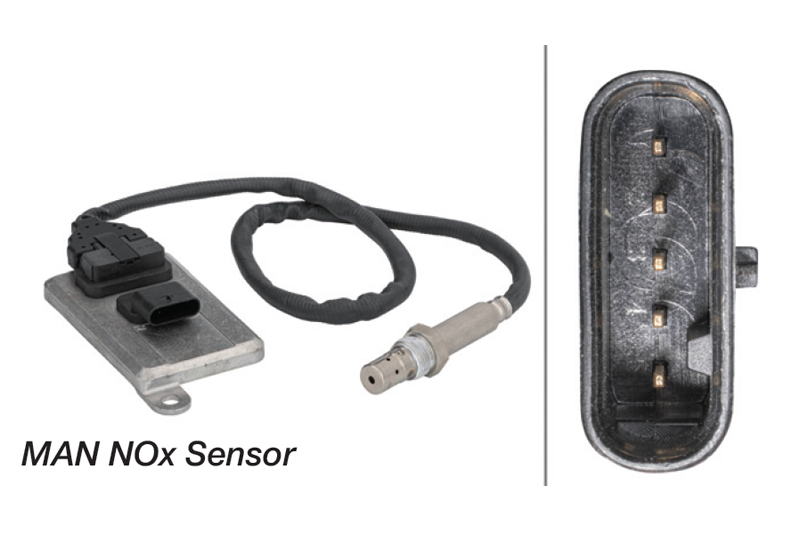 The NOx sensor is, therefore, an important component that, due to its location and the hostile environment it must operate in, can fail, according to HELLA.

Common causes of failure include:

In common with other products in the HELLA aftermarket range, its NOx sensors are tested in accordance with the company’s quality standards and comply with the specifications of the original equipment (OE) component.

HELLA said that due to their location and the environment in which they have to operate, its NOx sensors have also been developed with particular attention being given to their resistance to aggressive engine vibrations and high operating temperatures. In addition, although they have been designed to be an easy-to-mount direct, like for like OE replacement, useful fitting instructions are also supplied with the product.

Reflecting the growing aftermarket need for replacement NOx sensors, the current range will increase during the course of 2022 to encompass 35 part numbers.