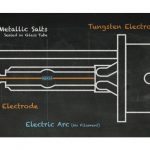 Lucas Electrical provides some expert advice about Xenon headlights and how to replace them.

Since first appearing in 1991 on the BMW 7 Series, Xenon headlamps (also known as HID) have become a common feature on many light passenger vehicles, and garages and workshops are now more than accustomed to working with the lamps and replacing them.

Whilst Xenon headlights have not been anywhere near as popular for commercial vehicles, some manufacturers, such as Scania and Volkswagen, have been offering them as options on their trucks and vans. As a result of the low number of commercial vehicles with Xenon lamps and the infrequent need to replace them, some of the early misconceptions that such lamps are a ‘dealer only’ replacement still remain amongst commercial vehicle workshops and fleet managers.

Most of the fear surrounding the replacement of Xenon lamps stems from the very high voltage generated by the units. It is true that xenon bulbs require a voltage of between 18,000 and 30,000V in order to ignite. This staggering voltage is

generated from the vehicle’s much lower voltage battery by using an electronic ballast and starter.

Some technicians are understandably put off replacing Xenon bulbs due to this voltage, but by following a few simple steps, replacement can be both safe and simple.