Polybush designs replacement bushes for those vehicles that have problems with premature wear. Here, the company outlines two such cases, and the cost-saving solutions it provides.

The Transit has long had issues with its front wishbone rear bushes suffering from compression set because of the vehicle’s weight. This has led to many operators changing the bushes several times over the vehicle’s lifetime. The relatively common failure of the bush leads to increased downtime on these working vehicles and costs operators both time and money.

As well as reportedly lasting three or four times longer, Polybush 40BC is also said to vastly improve the handling characteristics of a vehicle and reduces tyre wear. What’s more, full vehicle sets are available for all models and conversions of Transits from 2000 to 2014, including anti-roll bar and spring bushes.

Again, due to the way the vehicles are driven, Transits used by the emergency services often
suffer from premature wear of their front wishbone rear bushes due to compression set. This is often due to the bushes not being suitable for the weight associated with the vehicle’s duties. The Polybush 40BC replaces the front wishbone rear bush, and improves handling and longevity.

These replacements don’t tend to suffer from compression set so typically last four to five times longer than the OE, which results in a decrease in downtime. The replacements are also easily and quickly fitted by hand for a short turnaround time. 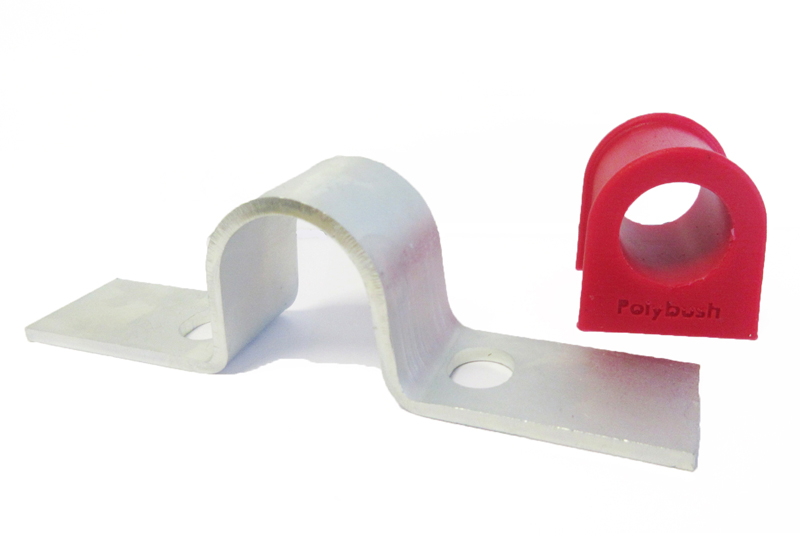 Polybush has manufactured a cost-saving bush. 4BC replaces the infamous ARB bushes on the Fiat Ducato, which has the potential to save operators significant investment on parts alone. The OE Fiat Ducato anti-roll bar is prone to premature failure, which can cause a big problem for operators as the bushes are not available separately from the bar itself. This means that operators would have to source a new, complete anti-roll bar. The 4BC is said to solve this problem – offering three to four times longer lasting bushes with replacement brackets, allowing for worn bushes to be replaced by longer lasting alternatives without the need for buying a new bar.

The West Midlands Ambulance service was finding that its fleet of Fiat Ducatos was experiencing premature bush wear. However, replacement bushes were unavailable separately, so the technicians working on the vehicles had to replace the full ARB and spring on a regular basis. This was causing a significant increase in vehicle downtime and cost. Polybush stepped in and provided the service with a solution and now West Midlands Ambulance service is in the process of commissioning bushes for its new fleet. Polybush estimates that its solution will provide a £700 cost saving on parts alone.

To find out more about the products available from Polybush, click here or call 01978 664316
Tags:PolybushTech Tips

0 0 0 0
Previous : How to Finance the Big Stuff
Next : Refrigeration Regulations