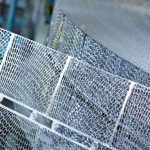 Quality ingredients are the key to any good recipe. This is an important rule of thumb for top chefs across the globe, but also plays a significant role in CV battery design.

What parts of the CV battery are key and why? Most battery manufacturers, certainly those that have earned a good OE reputation, go to the ends of the earth to design, develop and source materials that not only deliver the power that is required when it’s needed, but to deliver it time, after time, after time.

As every technician knows, batteries are heavy, and this is largely due to their lead content. However, given that lead is a costly commodity and one that has increased significantly over the last 12 months, some manufacturers attempt to limit the amount used to reduce costs. The mean weight of a premium OE product, when compared to that of a private label product of the same size and specification, is a good quality indicator. This translates into the use of smaller, thinner and fewer plates, all of which have a negative impact on reliability, specification, performance and lifecycle. The acid concentration within batteries centres on delivering equilibrium to proceedings. Acting as an electrolyte, the acid density of a fully charged, sealed battery should be: 1.28 – 0.01 + 0.02 kg/L. For those manufacturers who want to ensure that battery performance remains uncompromised, using the optimum concentration of sulphuric acid is all that counts.

However, as you may have already guessed, this is not always the case, in some instances the acid is used in a more concentrated form as a substitute for the amount of lead and plate numbers used. This is discussed in more detail below.

Again, when it comes to the OE pedigree suppliers, stepping up to the plate is taken as read. And it’s not just about ensuring that the optimum number of plates is inbuilt into the batteries design, it is the type used that can make a real difference. Manufacturers, such as Banner Batteries, use a continuous ConCast process for the production of negative mesh – used in two of its CV Buffalo Bull family of batteries – with the resulting advantages consisting of increased frame stability and enhanced production tolerances. Mesh and plate design provides optimum electrical conductance and ensures that the battery is insensitive to high current loads. This helps deliver full cold-start performance under all operating conditions.

In certain instances, where battery plate numbers may have been compromised in an attempt to reduce costs, increasing acid strength is often an adopted practice, however this creates a sticking plaster effect, as ultimately, it will result in increased corrosion with negative results.

Whether its plate numbers or lead content being reduced, or acid strength increased, each stage of a batteries life cycle – formatting, peak and decline – are all compromised.

Whilst ensuring that batteries deliver reliable starting performance is central to the whole aspect of product quality, so too is the technology used to deliver greater safety. It is here that special surge protectors have their own part to play in proceedings. The surge protectors used across the Buffalo Bull family not only safeguard against acid leaks under cases of extreme vibration or vehicle tilting, but also include backfire protection, thereby fulfilling the first fit demands of most leading commercial vehicle manufacturers.