Nissens provides a technical bulletin on intercooler replacement after a turbocharger fault.

The intercooler significantly improves the combustion process in turbocharged systems, thus increasing the engine power effect. The main role of the intercooler is to reduce the air temperature after it is compressed by the turbo and before it reaches the engine’s combustion chamber. This has an impact on the charge effect, as the cooled air has a much higher density in terms of air molecules per cubic centimeter. This increases the amount of air intake, resulting in a far better engine output.

Intercooler failure is often linked to turbo damage. Replacement of the turbo introduces several risks. Turbo residues can easily clog the intercooler, especially oil, but also other particles and broken off turbo parts. A leaking intercooler is often due to high system pressure, which can cause a deformation of the plastic tank, resulting in a leaking intercooler. If residues are left in the system after an installation, there is a risk of blockage, which will cause the pressure in the system to increase. Thus, the intercooler will have to withstand a much higher pressure than it’s used to, eventually causing failure. The same issue can arise when the output of a turbo is manually increased. The increased pressure takes an extra toll on the intercooler, increasing the risk of the tank blowing. If a technician installs a new turbo without investigating the intercooler first, the system will run a high-pressure sequence, where oil and particles that have accumulated in the intercooler are at risk of being blown into the combustion chamber. 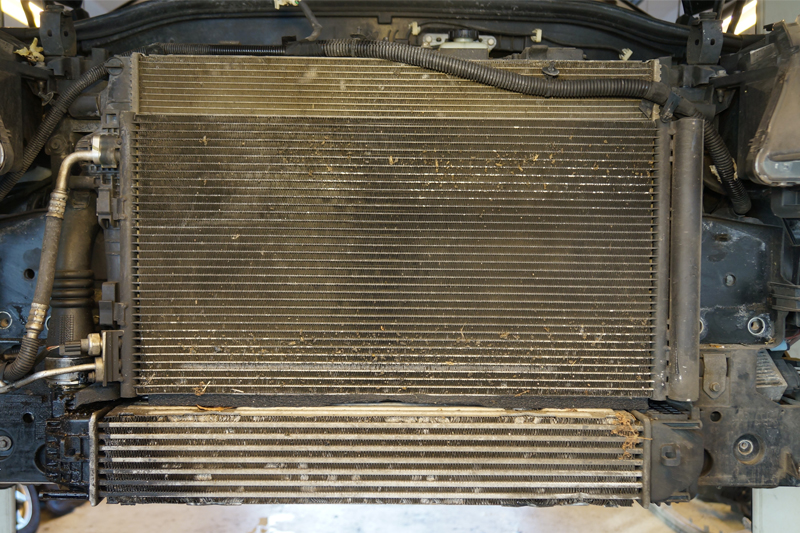 To avoid engine damage, an intercooler should always be replaced after a turbo has failed, in order to ensure that the intercooler is free from any debris – such as oil, metal or other particles. When a new turbo has been installed, all system components must be thoroughly examined to ensure that they are not blocked by oil or metal debris. No matter the reason for failure or replacement of the intercooler, the reason for the damage should always be thoroughly investigated before installing a new unit. The peripheral parts (turbocharger, crankcase ventilation, exhaust gas recirculation, air inlet to the turbo, exhaust system, etc.) must be integrated in the troubleshooting process – otherwise a fault can re-occur.

When replacing the intercooler…

0 0 0 0
Previous : Is AI the Future of Vehicle Inspection?
Next : Expansion Valve Malfunction