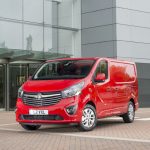 Vauxhall’s French parent company PSA has announced an investment in its Luton van-making plant which could eventually see Peugeot and Citroen-branded vans made in the UK.

PSA said Vauxhall’s next Vivaro van would be built at the Luton plant.

According to the BBC, the investment, which PSA said it made ‘despite Brexit uncertainties’, secures 1,400 jobs beyond 2030.

The government said the investment is worth more than £100m in total. The Unite union estimates that figure to be up to £170m.

It was secured after a negotiation with the Unite union and a financial contribution from the government thought to be about £9m.

“The UK continues to be a centre of excellence for vehicle production thanks to our engineering expertise, high levels of productivity and a collaborative relationship with government which has enabled us to build a robust industrial strategy and a sector deal.

“We will continue to work with policy makers to ensure the UK remains as competitive as possible now and in the future so we can continue to build on our long heritage in vehicle manufacturing.”

The next-generation model will be based on PSA’s Citroen and Peugeot technology, and the company hopes to produce up to 100,000 vans a year, which could include some under the Peugeot and Citroen brands. The life-cycle of commercial vehicles is between 10 and 15 years.

0 0 0 0
Previous : Changing How You Measure Battery Maintenance
Next : How Healthy Are Your Vans?