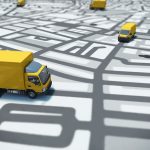 How Healthy Are Your Vans?

Think telematics is just about tracking where your vans are? You’re missing out on some valuable cost and risk management tools, says CVW’s Consultant Editor and telematics specialist Sharon Clancy.

The number of vans on UK roads has been steadily increasing for the past decade, fuelled by trends such as demand for more home deliveries, mobile servicing and downsizing from 7,500kg to 3,500kg vehicles to avoid the additional costs of operating at higher weights. By the end of 2016 (the last year in which DVSA statistics are available) there were 3.9 million vans up to 3.5 tonnes GVW on UK roads, 1.8 million of which (47%) are company owned. HGV operators have embraced telematics as a valuable tool in reducing costs, monitoring vehicle health and in ensuring compliance with the strict regulatory regime they are subject to. Van operators, without the incentive of investment in tools that will help them remain legally compliant, often lag behind in telematics adoption.

For sure, many do track their vehicle locations simply to be able to respond to developing situations such as urgent callouts. However, awareness of the additional benefits tools such as vehicle health monitoring and driver performance can bring to the business are less appreciated – vans are perceived as a cost to the business, not a means of earning revenue. The lighter touch regulations applying to van operations is one reason – no requirement for an Operator’s Licence, less onerous oversight of maintenance and roadworthiness, and exemption from EU tachograph and driver’s hours regulations. This may help explain why Class 7 MOT failure rates remain high, with 47% of vans failing first time, compared with under 17.5% of HGVs.

Another is that vans – the workhorses of the CV world – are deployed in many different types of operation from parcels deliveries to service industries. For these companies, the most important asset is the employee, not the van being used to get from one job to another. Worker productivity and customer service levels are the key business drivers. These workers are not professional drivers, yet poor behaviour can impact not only on fuel and vehicle servicing costs, insurance claims, but also on the company’s public image. LCVs fuel consumption can account for more than a quarter of all van operating costs, say the specialists.

Telematic helps monitor driver behaviour such as speeding, excess engine idling, harsh braking and acceleration – all of which can impact on vehicle running costs. Improved driver behaviour can pay dividends in terms of reduced wear and tear on components such as brakes, clutch and steering. For vans working in cities and towns, con   gestion and idling can have a big impact on fuel consumption. Monitoring driver behaviour has been shown to improve fuel economy by typically 15% – the fact that drivers know they are being monitored results in better driving style. Daily pre-trip checks are a legal requirement with HGVs, but not for vans. Yet introducing this discipline can reduce risk of breakdowns and the disruption of vehicles being pulled over for infractions such as a brake light bulb being out. Many telematics companies now provide apps that allow drivers to carry out this task electronically on their smartphone. It makes it easier for the driver who is guided through the process and it also means that managers are aware of any faults with the van.

Van drivers working entirely in the UK are not subject to EU drivers’ hours regulations but are subject to UK working time rules. Also, it’s important that excessive hours behind the wheel can increase the risk of tiredness-related accidents. A key benefit that telematics can bring for van operators is the ability to accurately differentiate between business and private mileage – often a headache.

Employees are taxed on private mileage as a Benefit-in-Kind, with employers liable for National Insurance contributions on BIK payments, the more vans in the fleet, the bigger the potential bill for employers. Driver ID keys are offered by several tracking companies and ensure there is no confusion about who was driving at a particular time. An in-vehicle terminal can be used by the driver to switch between working and non-working time. An alternative is to place a geofence around a site or an employee’s home address, so that any vehicle which leaves either the workers home address of the depot outside normal working hours is assumed to be private driving.

Telematics has never been more affordable or easy to adopt, with plug-and-play devices and pay-as-you go solutions. Some companies advise hard-wiring a telematics box into the vehicle, it’s also possible to choose a plug-and-play solution in which a device is inserted into the OBD II port. The data is sent by Bluetooth to an in-cab mobile device or driver smartphone.

The systems combine integrated driver behaviour monitoring systems with vehicle data captured from the CANbus on driver performance and vehicle health. There are also plenty of independent telematics providers out there and the van OEMs themselves are beginning to offer a telematics solution – it’s all part of the ‘Connected Vehicle’ trend we are hearing so much about now. The OBD II port is a legal requirement on new vans (EU directive 715/2005) and has become widely used by third party diagnostic and telematics providers to capture vehicle data. However, the mandate covers only the physical connector, pin assignment, communications protocol and the provision of emissions data. There are concerns that the next generation of connected vehicle platforms now appearing will prevent access to data beyond that relating to emissions. The development, has the potential to cause huge disruption for independent access to vehicle diagnostics data for workshop servicing but also for plug-andgo telematics providers.

The Independent Automotive Aftermarket Federation (IAAF) is campaigning on the issue and in December the organisation, along with FIGIEFA, welcomed the news that crucial provisions on the OBD connector and access to repair and maintenance information (RMI) have been included in the proposed EU legislation on Vehicle Type-Approval Regulation, signifying a huge step forward for the aftermarket regarding access to in-vehicle data.