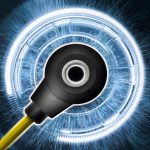 ELTA Automotive, originally named ELTA Lighting, aims to attract new customers in the UK and expand into Europe with the launch of two new brands.

ELTA Automotive has marked its 25th anniversary by launching two product lines under its new ELTA PRO brands. The VISIONPRO and VXPRO ranges are said to have been launched as a direct response to the changing face of the aftermarket. The two product groups claim to reflect the core specialisms developed by ELTA Automotive during its first 25 years.

Elta Automotive is an independent, family-owned business, which was formed in 1993 by Chairman, Martin Bates. It occupied a small 3,400 sq.ft. warehouse, on the same estate as the current premises and consisted of just five people, one of which is Ian Hallam, who began by working ‘on the shop floor’, but has risen to become the company’s Managing Director.

In 1994 ELTA became the bulb supplier to the iconic Lucas brand’s global aftermarket network and remained the chosen bulb supplier throughout the merger of Lucas Industries plc and the Varity Corporation, which formed Lucas Varity in 1996.

Around the same time, ELTA was also winning new supply agreements with Hyundai, Unipart and HELLA. This growth necessitated the move to a larger 10,000 sq.ft. site in 1997. In 1999, Lucas Varity was sold to TRW and again, ELTA remained the chosen supplier of bulbs for the Lucas brand.

By the turn of the millennium, the business was required to move again, this time into its current location, which was originally 26,000 sq.ft., but immediately extended to 32,000 sq.ft. 2004 became a particularly notable year as TRW agreed to an exclusive, UK and Eire licence arrangement with the company for the Lucas Electrical brand, that included, among other products, bulbs, engine management components, switchgear, warning and safety products and mirrors. Initially, ELTA sub-licensed engine management components, but the programme was bought in-house in 2009.

This ultimately required a further expansion of the company’s facility, to its current 49,000 sq.ft. capacity in 2012.

Due to the fact that much of the company’s growth had subsequently come with products beyond its original lighting specialism, ELTA Lighting became ELTA Automotive in 2013, which more suitably reflected the impressive diversity of the products within its portfolio.

0 0 0 0
Previous : ECCO appoints Marco Betsch as Director of Finance
Next : Sherwin Williams and Valspar to exhibit at Automechanika Frankfurt