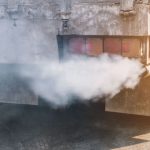 Public consciousness for keeping the planet clean and preserving it for future generations has arguably never been higher. The news at the moment is dominated by stories of ocean pollution caused by plastic. A simple plastic bag can take hundreds of years to disintegrate, so it’s perhaps no surprise that Prime Minister Theresa May has pledged to eradicate all avoidable plastic waste and make UK high streets plastic-free by 2042.

The Government’s focus is not limited to recycling. The news that London’s Ultra Low Emission Zone is to start seventeen months earlier than originally planned received a mixed response in the industry, but it highlights the increasing concerns around meeting air quality standards.

The Road Haulage Association states that ‘efficiency and environmental impact are the two most pressing issues to challenge the road haulage industry in many decades’.

With that in mind, the latest figures revealed by the DVSA regarding emissions fraud devices fitted to trucks could not have come at a worse time for public perception of the industry. The stats revealed that one in 12 trucks (7.8%) checked by DVSA examiners are fitted with an ‘emulator’, which stops the truck’s existing emissions control system from working.

Between August and November, examiners inspected 3,735 trucks on strategic routes, including those entering and leaving Britain, and found 293 with emissions fraud devices fitted. These included 151 vehicles registered in Great Britain, out of 1,784 checked (8.5%), 60 vehicles from Northern Ireland, out of 294 checked (20.4%) and 82 vehicles from outside the UK, out of 1,657 checked (4.9%).

If caught, operators will face a fine or, in some cases, the loss of their licence. DVSA Chief Executive, Gareth Llewellyn, said: “Anyone who flouts the law is putting the quality of our air and the health of vulnerable people at risk. We won’t hesitate to take action against these drivers, operators and vehicles.”

RHA Chief Executive Richard Burnett supports the clampdown: “We’re very clear that it’s completely unacceptable to falsify emissions readings. The industry is making great strides in helping reduce harmful toxins through the adoption greener vehicles and technologies, so we take a very dim view of the few who use emulators and other methods to cheat the system.”