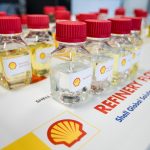 The Importance of Engine Cleanliness

Engine cleanliness should be the byword for any fleet operator – it’s the key to both fuel economy and keeping your emissions treatment systems in a healthy condition, says Dr. Wolfgang Warnecke, one of a handful of chief scientists working for Shell.

Many operators do not fully appreciate the critical role fuels and lubricants now have in the servicing and maintenance of modern trucks and buses, he told CVW Consulting Editor Sharon Clancy. Here are his top tips on avoiding fuel and lubricant-related in- service problems.

Heavy duty diesel engines are now largely trouble-free – the mid-life engine overhaul that was once common in many truck and bus fleets is now a rarity. Engines are expected to last the life of the vehicle.

Where maintenance schedules were once focused on anti-wear protection, today the emphasis is centred around servicing and protection of exhaust emissions after treatment components, and maintaining fuel economy performance.

This shift has resulted in somewhat of a lubricant and fuels revolution in the past 15 years. Engine oils are now very sophisticated formulations, fine-tuned to deliver the optimum performance in different engines – one reason why vehicle manufacturers insist that lubricants pass their own specific engine tests.

You wouldn’t dream of buying good quality ingredients, smothering them in ketchup and still expect a good meal to emerge at the end of it. Nor should you expect to get maximum performance out of your engine if you don’t pay attention to what goes into it.

Cleanliness is everything in modern diesel engines, especially when it comes to fuel injectors. Operators should do everything possible to keep them in tip-top condition, right from the start – and that means paying attention to the fuel and lubricants you put in them. Modern diesel engines rely on injectors with high pressure (up to 3000 bar), precise, fine spray angles to ensure the correct air-fuel mixture for the complete combustion necessary for the best fuel economy and the lowest emissions.

The big enemy for injectors is carbon build-up – carbon build-up starts with particles gradually deposited over time and, unless preventative and corrective action is taken, it can lead to poorer combustion, higher emissions and potential damage to components such as pumps and injectors and their costly replacement.

It’s the equivalent of calcium deposits on a shower head – hardly noticeable at first, but eventually leading to blocked spray holes that reduce the amount of water. You can clean up some of the visible deposits, but the internal damage is harder to undo and ultimately you need to buy a new shower head.

It’s why OEMs place so much emphasis on the importance of using quality fuels and lubricants. Modern Low SAPS lubricant, for example, helps prevent a layer building up on the precious metal surface coating in the emission after treatment catalysts, which would make the catalysts inefficient to stimulate chemical gas reactions for less harmful exhaust gas.

The importance of injector cleanliness has led to more fuel aftermarket treatments coming on to the market that claim to clean injector nozzles and improve fuel consumption. Quality fuels will be balanced with sufficient detergent to gently remove carbon deposits over time, but not enough to cause damage to pumps.

Deposit control additives designed to clean injector nozzles will be detergent based, but it is important to remember potential side effects of such treatments. Some detergents will be harsher than others – certainly, they will remove the worst of the carbon on the injectors, but at the same time the harshness that removes the carbon could harm other surfaces in the engine, removing some of the protective qualities of the lubricant, for example. Some of the elastomers used in seals can be affected by harsh detergents, potentially resulting in engine fluid leaks.

These potential, unpredictable side effects worry OEMs, and are one reason they warn that use will invalidate engine warranties.

Protect your catalyst and DPF

However effective the engine design, it’s inevitable that some lubricant will pass through the combustion chamber and into the after treatment system. This is bad news for the catalyst and DPF – the anti- wear additives in the lubricant that protect against the abrasive action of the moving parts in the engine will also adhere to anything else they come into contact with, including the precious metals in the catalyst.

Sulphur, for example, has excellent lubrication properties and is one of the best anti-wear additives available, but it will also stick to the precious metals in the catalyst, destroying its performance and ability to convert harmful emissions into benign elements. Carbon and ash are the main threats to DPF performance and longevity.

Low SAPS engine oils are a major contributor to preventing these problems developing. At the same time, we’ve also managed to retain and even extend oil- drain intervals – but workshops must use approved oils. Less appreciated is that a low-viscosity index does not automatically mean the oil is high-quality oil. Some lower-quality oils contain viscosity improver additives which, because of their chemical make-up, can leave deposits within the engine. This affects the performance of components such as piston rings, and can cause damage to oil pumps and camshafts after only a few 1,000 miles.

Using a synthetic base oil eliminates these problems – the synthesising process delivers oils with naturally low-viscosity. There is no need for viscosity improvers, and synthetic oil also loses none of its protective qualities when it gets hot – the additives are retained.

Bio-diesel is very popular in Northern Europe and for a good reason – it delivers a lower carbon footprint than pure diesel because the biomass used to manufacture it absorbs CO2 from the air, which is then released back into the atmosphere when the fuel is burnt. The downside is that it is less efficient combustion, especially in cold-starting. That means more unburnt fuel in the engine oil, reducing its lubricity, which can damage the crankcase and increase wear. There can also be material compatibility issues with fuel pipes and filters. It’s why OEMs insist that when bio-diesel is used, generally it’s never higher than 7%.

Fuels of the future

Gas-to-Liquid (GTL) fuels are still in their infancy and are a by-product of the Liquid Natural Gas process. GTL is currently an expensive alternative to standard diesel, but looks set to become more widely adopted in urban areas as cities seek to improve air quality. This is a big advantage as it improves the combustion process even on older vehicles, reducing emissions from the tailpipe; and the older the vehicle, the greater the reductions in emissions.