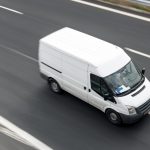 The Society of Operations Engineers (SOE) is rolling out a version of its widely-acclaimed technician and accreditation scheme for those working with light 3.5 to 7.5 tonne vehicles.

The SOE’s irtec technician licensing scheme already has 7,000 accredited technicians who have been assessed on theoretical and practical skills and awarded an irtec licence – a nationally-recognised certificate that demonstrates a high level of ongoing competence and knowledge.

However, assessments are carried out on vehicles over 7.5 tonnes, which means that those technicians working solely on light commercial vehicles cannot apply. In response to this, SOE has developed irtec light, a standardised scheme for assessing technicians who work on 3.5 to 7.5 tonne vehicles.

The SOE expects the new irtec light scheme to appeal to delivery businesses, supermarkets and rental companies – indeed to any O licence holder which operates a mixed fleet and which needs to ensure it is operating to the same maintenance standards regardless of vehicle weight.

“The trial delivery of irtec light was very successful. Both candidates were happy with the outcome and were comfortable with the assessment process.”

The new scheme also aims to address the fact that many vehicles in this weight range are managed by small, own-account operators with limited knowledge of vehicle maintenance.

Darryl Seeley, Engineering Standards and Quality Manager for the FTA, explains that EMAS and FTA got involved in the irtec light trial after they realised the existing irtec technician accreditation scheme was not appropriate for light vehicles under 7.5 tonnes. “The FTA was asked to conduct irtec technician accreditation assessments for the East Midlands Ambulance Service. However, our assessor found that EMAS couldn’t provide a vehicle to the required minimum weight of 7.5 tonnes on which to conduct assessments.”

With EMAS ambulances typically weighing less than this, but more than the O licence threshold of 3.5 tones (for which light vehicle testing standards would be used), it was quickly apparent a new testing standard was needed.

Darryl explains: “Due to EMAS vehicles typically being vans and their technicians not being fully conversant with HGV systems, the FTA was not comfortable issuing irtec inspection licences to technicians who, for example, have never seen or who are possibly unaware of how air braking systems work.”

The test and trial phase for both the FTA and the Manchester College was a great success.

Steve Gannon, Logistics Head of Department for The Manchester College, comments: “The majority of the vehicles UPS operates fall into the category of light commercial vehicles. After the success of irtec with its commercial vehicle staff, it was eager to license its light commercial technicians. However, until the development of irtec light, there was nothing that would allow the company to do this.

“The trial delivery of irtec light was very successful. Both candidates were happy with the outcome and were comfortable with the assessment process. UPS is pleased there is now a licensing programme to cover light commercial vehicles which proves the current competence of its technicians.”

0 0 0 0
Previous : How to fit a clutch on a Volkswagen Caddy
Next : Remove Decals and Vinyl Graphics