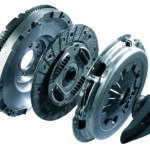 After 100 years of experience in the clutch market, First Line continues to invest in its Borg & Beck brand. Here, the supplier outlines the recent updates to its quality control and test equipment in its bespoke technical centre, meaning it is now able to offer an extensive clutch programme for LCVs.

Borg & Beck engineers have recently designed precision measuring equipment for the clutch quality control process, to ensure they can continue to accurately check clutch component specification and provide a premium product for workshops. When considering the LCV sector, many of the vehicles now incorporate a dual mass flywheel (DMF). Despite being a good technical design concept, the cost of subsequent replacements can be an issue once the vehicle is out of its initial manufacturer’s warranty, which is where the Single Mass Flywheel (SMF) replacement Clutch Kit becomes a more desirable choice. The SMF kit is an OE designed solution that allows the worn DMF and its associated clutch components to be replaced with a traditional Solid Flywheel and Clutch Kit. In the past, SMFs were unable to closely replicate the characteristics of a DMF, which put some people off fitting them – a fear that still resonates today.

However, this is not the case with Borg & Beck as the specification, which has been made possible by the development of the long travel damper, which is near or equal to the original DMF. The long travel damper uses advanced vibration clutch damper technology to create a damper capable of up to 40° of torsional movement. This is therefore comparable to the movement that was typical of the equivalent DMF at the time of the vehicle’s original manufacture.

Technically the SMF will reduce engine vibrations due to the increased inertia of the solid flywheel. In addition, the SMF is extremely durable, due to its efficient heat dissipation qualities and the lack of complex high wearing flywheel components. It is also a less expensive option than the equivalent DMF clutch kit, which then makes subsequent replacements cheaper, as only the clutch requires changing.

Following the introduction of the HKF1053 all-in-one kit for the Vauxhall/Opel Combo, Corsa 1.3L CDTi, which was researched and developed in-house by the Borg & Beck engineers, the company then launched the HKF1054 for the Fiat Ducato, Citroën Relay, Peugeot Boxer 3.0L TD.

With this example and the high quality clutch testing facilities, the team set about exploring the cause of  problem that was particularly common in applications where the donor vehicle had been converted, such as a motorhome, and the OE clutch is put under severe pressure, the consequence of which was its premature failure.

The problem in these applications was traced to the excessive build-up of heat within the OE clutch, which was unable to be sufficiently dissipated, resulting in overheating and subsequent burnout of the clutch, usually at low mileage.

To resolve the issue, the Borg & Beck engineers re-specified the OE DMF, and, working with their manufacturing partner, developed the HKF1054, a SMF solution, which, despite still operating with the existing OE release mechanism, has a 15mm larger diameter flywheel and a modified cover assembly that allows for a significantly improved dissipation of heat, so it is fully able to cope with the demands of these heavy-duty applications.

After being subject to durability testing, which was carried out under the sternest of conditions, the new clutch lasted 15 times longer than the OE unit, largely due to its superior thermal dissipation qualities.

In common with the original Borg & Beck HKF1053 kit, HKF1054 is also an all-in-one kit solution and comes with the flywheel, cover assembly and the necessary mounting bolts to allow workshops to benefit from the most straightforward fitting procedure.