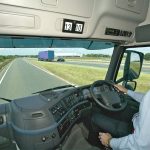 DVSA’s much-vaunted operator earned recognition scheme is scheduled to go live this autumn. CVW takes a look at what it will mean for operators and workshops.

Earned recognition is part of DVSA’s strategy to transform its approach to enforcement. The aim is to give recognition to compliant operators as well as shining a light on those that are seriously, or serially, non-compliant.It is part of the DVSA’s plan to deploy smart technology to improve services to operators and make the most efficient use of its own resources. It includes the Remote Enforcement Office.

The main benefit for compliant and exemplar operators in the scheme, says DVSA, is that it will significantly reduce the requirement to stop those operators’ vehicles at the roadside.

It’s an ambitious project and numerous hurdles have had to be overcome, including processes for inspecting, collecting and managing the vast amount of records any transport operation generates, ensuring IT systems can talk to each other and that both small and large operators can participate.

DVSA has already piloted its KPIs and how the IT and audit system will work. A live pilot has been running since March, with results expected this autumn. DVSA announced earlier in 2017, that it expects the scheme to be live this year, but given the complexities involved, some in the industry think 2018 is more realistic.

How will earned recognition work?

To be accepted on the earned recognition register, DVSA will require the operator’s approval to carry out ‘remote’ checks on the compliance of the fleet – both in terms of maintenance and compliance with traffic regulations such as drivers’ hours.

So, for example, an operator capturing real-time data that a driver has actually completed the daily walk-round check before the vehicle leaves the depot, or using electronic records to demonstrate what action has been taken to clear any vehicle defects found on service inspections, will be expected to share this data with DVSA.

This much deeper level of scrutiny by DVSA has made earned recognition somewhat controversial. Some operators are uncomfortable with giving DVSA the automatic right to view their compliance records at any time it chooses; others take the view that they have nothing to hide and that it’s a great opportunity to escape random roadside checks that can play havoc with a delivery schedule.

Throughout 2017, DVSA spokespeople have been keen to reassure operators that the deeper scrutiny won’t necessarily mean adverse scores for OCRS purposes – the intention is to adopt mainly an advisory role, advising operators on how to change processes, and so on, to achieve best practice. Any operator on the scheme, it points out, will already have demonstrated high levels of compliance. Earned recognition differs from Operator Compliance Recognition Scheme (OCRS), which will remain in place. OCRS targets non-compliant operators based on data on the DVSA database – such as annual test pass rates. Unlike earned recognition, there’s no continual scrutiny of compliance.

Details have been sketchy while the live pilot is under way, but there are some clues in what DVSA was asking for from operators wanting to participate in the pilot, these include:

What checks will be made?

Applications to join the earned recognition register will be checked against enforcement history, information held by the Office of the Traffic Commissioner and compliance with the scheme’s KPIs. The third-party auditor (paid for by the operator) will look at the processes involved in your transport management systems and how you manage them.